Digging around the web will unearth a heavy bias against the fold.

“A rule of thumb that kills innovation.”

“Used by people who don’t know what they’re talking about.”

“A concept introduced by someone who is a moron.”

“The fold is bogus.”

“The fold is a silly thing that clients like to focus on.”

There is even a web site called thereisnofold.com. This is not an issue that lacks for opinion. 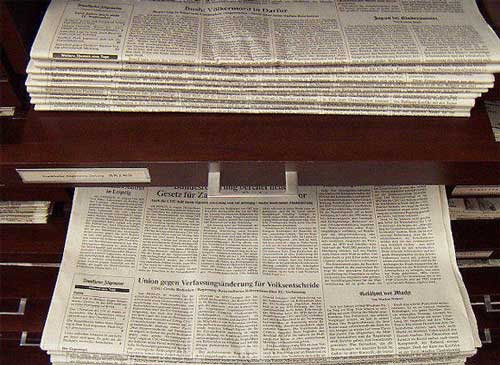 What Is The Fold and What Do WeKnow About It?

The phrase “the fold” comes from broadsheet newspapers. It refers to the top half of the front page, the only piece of content visible without picking up the newspaper. Whatever content is on the fold helps determine the salability of the paper because it’s either interesting or it’s not.

In the 90s, this term was ported over to the web. It refers to any content that can’t be seen in your current browser window without scrolling or manipulation. This means that on most web viewing experiences, no matter the device, the fold exists.

With the plethora of screen sizes and devices now used to get online, screen sizes vary wildly. On top of that, browser chrome size differs and people do not constantly have their windows maximized.

So, yes, the fold exists but in this current climate should we pay any attention to it?

So Where Is The Controversy Coming From?

From what I’ve seen and experienced, the controversy originates with bosses, project managers, or clients who’ve heard about this data and don’t want to make a costly mistake on their site. They latch on to a specific pixel height they’ve heard (600 pixels is a common one) and want to use that as a die hard horizontal rule above which everything important must be placed. This misunderstanding causes strife in the design team and makes for a crammed and dull user experience at the top and a no-man’s land without useful content below.

In their defense, many businesses exist solely online and if they aren’t selling then they can’t stay afloat. They don’t want to ruin their chances to convert visitors. With so much at stake, it’s easy to understand how this issue has turned into a hot button topic.

So where is the balance between keeping stakeholders’ business objectives in mind while developing a great experience?

Copy, ads, pictures, and actions at the top of a viewable area are going to remain salient. Since we have no control over how people access our sites and what portion they see, we need to focus on the things we can control.

These thoughts just begin to scratch the surface and your voice would help us all keep thinking critically about it.

Has the fold caused you problems in your job? Does the word itself make you cringe?

Do you think there are other ways we need to be thinking about this issue?

How do you feel like the mobile is changing the way we think about the fold?