The end of 2014 is in sight, and we’ve had a truly great year. Let’s do a yearly recap, see what we’ve done, and talk about the future – where we’re heading, how we’ll get there, and how you can help. But first, let’s welcome the new authors that have joined us these past couple of months. 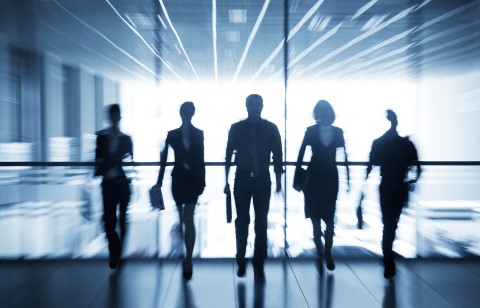 During November and December, despite the usual holiday-decreased publication frequency, we’ve had four new authors join the team.

Nicolas is a back-end developer from France specialized in PHP and currently actively experimenting with Symfony 2. He’s already produced two posts for us – one explaining Symfony’s route annotations and the other dealing with Traits in a Doctrine context – both of which were well received. We’re looking forward to seeing more of his work in 2015!

Dayo is a professional web developer from Nigeria with a love for PHP and Joomla. She wrote about Joomla and how the CMS changed over the years, touting its fearlessness in the face of software evolution, with little to no regard for backward compatibility. A brave trait for any project, you’ll agree. The post lured in many commenters and provided for lively discussion. Why don’t you join in and see what people are saying?

I met Damien – a consultant for JoliCode – at ForumPHP in Paris. At JoliCode, Damien does development, audit, training and guidance for various companies around their web projects. He likes Symfony, Composer and Elasticsearch – and talked about the latter in particular in his post about indexing Chinese content for search. It’s a very specific problem, but one that is incredibly underrated in the western world – a must read for anyone looking to make their content truly global. We’re looking forward to getting more niche content from Damien – his writing strikes a note with the more professional parts of the community looking to get past the easily found basics and into specific problems that need solving.

Chirag is a PHP developer and computer engineer from India who likes to make awesome web things. He has expertise in e-commerce and CMS platforms, while currently working on major projects involving Magento. His first post for SitePoint PHP was an attempt to explain the install and upgrade scripts one can find while developing for Magento. His article is a guide to high quality i/u scripts that don’t cause problems down the road. We’re definitely looking forward to getting more Magento content on SitePoint, so Chirag’s expertise is highly welcome.

So, what’s in store for SitePoint? What’s the game plan for the PHP section? In a large part, it’s up to you – the readers.

Throughout 2014, we gradually increased the publication frequency from three posts per week to five, and sometimes more. This was due to the sheer amount of drafts we were getting, and we were hard pressed to publish them all, giving everyone a chance to shine and be approved by the community. This allowed us to widen distribution, take more risks and try out new ideas which in turn helped us grow – a lot. 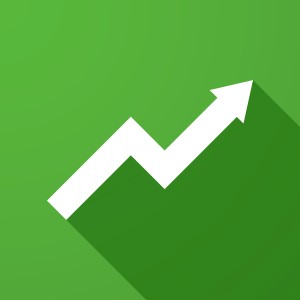 It is this growth that now allows us to not only carefully hand-pick the work of our top writers, but also to enlist the help of our most prolific contributors in peer review (see Peer Review below) to push our quality to a level even higher than we had gotten it to in 2014. Quality will be the absolute priority, once again bringing down the average number of posts per week – averaging around three. While a “clickbaity” title may be necessary from time to time, the content behind it will undoubtedly be excellent – and if not, please tell us about it.

We’ll be rejecting more submissions, we’ll be much harder on language standards (authors will have to take care of their English, so we can take care of the content without too many linguistic distractions), and we’ll be focused on specific content much more – niche tutorials, specific problems, alternative solutions, interesting and/or unknown tools… and if we publish polls, we’ll make sure they’re the kind that matters. If we publish opinions and reviews, we’ll make sure it’s of the stuff you’re interested in, by the people whose opinions you care about, and that it’s content you can genuinely and confidently agree or disagree with. We want to foster good discussion (see The Forums, below). 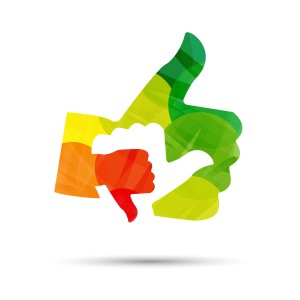 Also starting in 2015, we’ll be gradually introducing an experimental peer review system. Every post that enters the system will be reviewable by other channel authors who will be able to voice their honest concerns with it, if any. This will help me, the editor, keep an objective eye on things. Perks for reviewers are not excluded. You’ll have to have been a previously published SitePoint author to review content, though, so if you’ve never written for us before, now’s the time to join!

Based on authors’ review history, public profile and popularity, success score, and general ability to regularly produce good content, we’ll be promoting some authors to regular writers. These authors might get some additional perks like higher rates paid out for their content, automatic approval of new topics, no-review publishing, and more. We’re looking to make the channel a team effort.

I’ll personally do my best to make sure as many tutorials as possible have an online demo you can run. The hosting fees will be paid by SitePoint, and the demo pages will have links back to tutorials and the source code required to get them to run locally. We want the content our writers produce to become as easily consumable as possible – from customizing to taking everything apart and learning what makes each individual component tick. 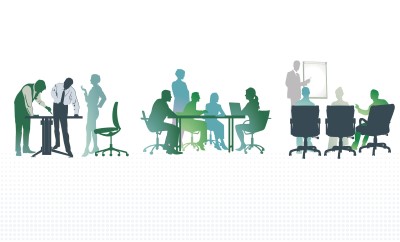 Ever since we switched to Discourse for our commenting and forum system, the results have been mostly positive – increased engagement, creative discussion, and generally high quality feedback on both articles and the site in general – not to mention the community’s willingness to help others in need. Many a newbie question has already been answered – see for yourself. We’re looking to take this up a notch. SitePoint.com as a whole already has plans to implement on-page commenting for our posts – something the current implementation doesn’t support yet – but aside from that upgrade, we’re looking to get more people involved in the discussions that happen there.

We want you to join in, ask questions, respond to topics and generally get included. While StackOverflow might still be the go-to resource for specific programming problems, their rigidity regarding rules tends to be frustrating. On our forums, you’re guaranteed to be given a voice. Ask anything you want, as long as it’s related to the category you’re posting in, and we’ll all do our best to help you find an answer. Found a great new tool you’d like to discuss or ask people’s opinions about? Do it! Confused about design patterns? Ask forth! As an aside, I’d like to mention that the willingness to be active and helpful on the forums also contributes to one’s chances of becoming a Regular Author (see above).

Help us be better – join the cause

In addition to the improvements and new efforts I listed above, we’re looking for feedback from you on how to improve. We promise – we listen to every suggestion, even if we don’t immediately respond or implement it. For example, for a while there we had a popover when you landed on the site. While ours was significantly less aggressive than what you could encounter on other websites, people still hated it. You complained, we listened, and after some wrestling with the promo team – the popup is gone.

Tell us what we’re doing wrong, and what we’re doing right. Tell us what you’d like us to do better. Voice your opinion, request content, suggest alternatives and solutions to the aspects that bother you. We’re open to suggestions and promise to respond in one way or another. Join us as an author, as a reviewer, as a forum member – there’s not many contributions we don’t find invaluable.

Just comment on this post, and the feedback will appear in the forums where it can be discussed further. Let’s get into it! 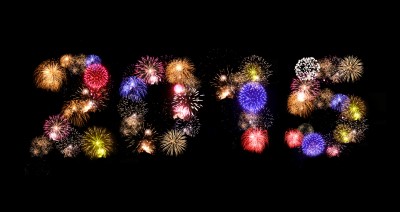 In 2014, we became the resource for PHP content. Our content is recognized in circles wider than ever before, and we get recommended as the source of solutions to people’s problems more often than not. In 2015, we’re looking to do better.

I’d like to thank each and every one of you – the readers, the authors, the mentors and colleagues on SitePoint staff – for an amazing 2014. It was a fun ride, and it’s about to get even better. Let’s step into 2015 the same way we made 2014 awesome – together.

Meet the author
Bruno Skvorc
Bruno is a blockchain developer and code auditor from Croatia with Master’s Degrees in Computer Science and English Language and Literature. He's been a web developer for 10 years until JavaScript drove him away. He now runs a cryptocurrency business at Bitfalls.com via which he makes blockchain tech approachable to the masses, and runs Coinvendor, an on-boarding platform for people to easily buy cryptocurrency. He’s also a developer evangelist for Diffbot.com, a San Francisco-based AI-powered machine vision web scraper.
Reply to this discussion