Buttons. As web monkeys, we use a lot of them. Search buttons, buy buttons, send buttons, close buttons. You generally find them at the most important intersections of our websites, so we naturally want them to look special.Traditionally, this has been a job for CSS background-images—and no doubt, often still is. The major drawback with using images is their inability to scale or conform to your button’s size and shape.While it’s true that support for multiple background-images and background-size can help us out, support for either of these CSS properties is patchy, to say the least.Other considerations include fatter files, extra server connections, and workflow; you need to leave your CSS editor to adjust any image.Lately it seems that CSS3 gradients are becoming increasingly popular as a styling option for buttons. There’s a lot to like about them, too. They’re easily configurable without needing to leave your CSS coder, and they effortlessly stretch and resize as your button area does.However it’s not ALL sunshine and lollipops. On the downside:

Rather than embark on a long-winded explanation of the differences, I thought I’d just show you a CSS code snippet that renders similar radial gradients in Mozilla and WebKit:

Not exactly intuitive to work with.Recently, I’ve been taking a slightly different approach to CSS buttons that I thought I’d walk you through.Let’s start out with a basic, flat-color, orange button. I’ve set up a test page here. It’s just a link with a class and an unremarkable hover state.

Step 1: Give your button a standard shadow

Most of us have probably already used the CSS3 box-shadow property in some form. If not, the basic syntax is relatively easy to get your head around. It works like this:

Being a Chrome user, I’m going to use the WebKit CSS in these examples, but we’ll cover the support of a range of browsers later.One of the useful aspects of box-shadow is that you’re free to stack up as many shadows on the same object as you like. You just need to separate each shadow declaration with a comma. I’m going to start out by giving our button two basic shadows:

The first shadow creates a black shadow (0,0,0) with 20% opacity, and offsets it 3 pixels down, 3 pixels to the right. It also blurs the edge by 6px. I’m using RGBA color values here because it allows me to control the opacity too. This is really cool, but I do find that standard HEX colors are much easier to work with.My second shadow has no offset and so just provides a subtle, dark glow on all sides. This might sound silly at first, but I find a subtle, dark glow gives an object a sense of weight.

Now, the stock standard use for inset shadows is the classic bevel effect: darken the bottom edge and lighten the top edge, and you have yourself a 3D button.The problem is, this rarely actually looks attractive as a standalone effect.Instead, we’re going to build up layers of box-shadow color, almost like a painter builds up layers of paint. 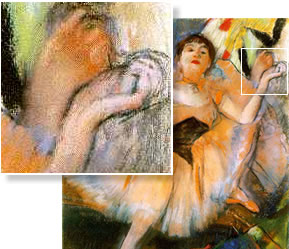 Painters from Leonardo to Degas learned to create deep, rich, complex tone by building up layer upon layer of semi-transparent color. We are trying to do something similar with inset box-shadows.

First, I’m going to lay down a darker, burnt-orange shadow layer with this snippet of code:

I’ve given this shadow layer a very blurry edge (25px), and positioned it 25px down from the button’s upper edge.As you can see in the image below, this leaves a soft, lighter orange section on the lower half of the button.If you look at real glass, it tends to capture light from above and then focus it towards the lower half — a little like a magnifying glass. We’re mimicking that effect here.

In the real world, light tends to come from above us, so I’m positioning a much lighter orange shadow on the upper 20px of our button. I’m looking for a hard-edged, horizon-like reflection, so I’m going to keep the blur to a minimum (2px):

I want to be careful not to interfere with the legibility of the text too much, so I’m setting the opacity of this layer to 50%.Beware, there IS a potential gotcha here.Each new box-shadow described in your CSS is automatically slotted in beneath the previous one. That means we need to insert our highlight color before our darker color in our code to make it visible.Irritating, but true.The result should look like this:

Our button is taking shape, but the highlight color is a little too flat. I’d prefer it to gradually dissipate towards the top edge.The easiest way to achieve this is to overlay another layer of blurred dark-orange along the top edge of our button.The code might be like this:

So, now we have a glossy rendered button.

Sometimes, we might like our button to react to a hovering cursor. I’m going to make two adjustment to our button’s hover state.In the real world, shadows become sharper and darker as an object nears a surface. We’ll do the same with our external button shadow.I’m also going to move our horizon-line down a few pixels on mouseover. The CSS for the hover state will look like this:

And there you have it. A pure CSS, image-free, resizable, fully configurable, glossy button.Check out the finished demo at the bottom of this page.

But what about the browser support?

FirefoxAt this point, we have a button that works perfectly in Safari and Chrome. Happily, the CSS syntax for box-shadow in Firefox is virtually identical. We simply make a copy of our button code and replace -webkit-box-shadow with -moz-box-shadow, and our button is Firefox-ready.OperaAlthough Opera currently has no support for gradients, it has near-flawless support for the W3C standard box-shadow specification. Making another copy of your button code and simply deleting the '-webkit-' prefix will have your button rendering perfectly in Opera.IE9Like Opera, IE9 has no gradient support, but seems to have perfect W3C-approved box-shadow support. If you fixed it for Opera, it should work in IE9.Older IEsNo previous version of Internet Explorer has supported the box-shadow property, so you’ll have to resolve yourself to a flat, working-class button in those browsers. Of course you could provide a background-image equivalent served only to older Explorers, but that is somewhat defeating the point.But that’s your call.

Here’s a little admission: I don’t particularly love the orange button example I’ve shown you today; it’s a little tacky and over the top. However, I think the method behind it is very useful, and hopefully the demo helps you gain a feel for the approach. Admittedly, trying to understand a complex gradient as a series of layered shadows can be quite headache-inducing at first.For me, pure CSS3 gradient support is currently too patchy for consideration in important UI elements.And no doubt there are also going to be many times when plain ol’ background images are going to be your safest bet. Regardless, image-based buttons will never be as flexible and as easily reconfigurable as pure CSS buttons, and that has to be a consideration.I hope this adds another weapon to your UI arsenal. Have a play and let me know how you go.

If you want to read more from Alex, subscribe to our weekly web design newsletter, The SitePoint Design View.

How to Add Fat-Free Social Buttons to Your PagesCraig Buckler

The Dark Shadow of The DOMJames Edwards