This week, Microsoft’s relations with Google continued to deteriorate, as Google’s Security team disclosed three new bugs in Windows before Microsoft was able to patch them. Microsoft had already criticized Google claiming that the search giant’s behavior needlessly endangers customers, while in a bizarre turn of events, it was announced that Google won’t fix a bug affecting 60 percent of Android phones.

Elsewhere ShipYourEnemiesGlitter.com, a service that anonymously delivers an envelope chock-full of glitter to someone you hate (or, to someone who really likes glitter), was making headlines. As the site went viral, the 22-year-old entrepreneur behind the scheme begged people to stop using it. He then cashed in his chips and put the site up for sale on Flippa.

And finally Mark Zuckerberg entered the office with the launch of the ‘Facebook At Work’ pilot, meaning that the social network responsible for sucking up hours of your working day may soon be one of your company’s critical productivity tools.

Frameworks – Where Do You Stand?

I’ve been on the fence about JavaScript frameworks for a while now, so it was with some interest that I read an opinion piece by Peter-Paul Koch (of QuirksMode fame) citing the problem with AngularJS. The article generated quite a lot of debate in a comment thread on Hacker News, which is also worth checking out.

Many are hailing 2015 as the end of the monolithic JavaScript framework, claiming that we need to move towards a component-based front-end solution, but that there’s currently too much fragmentation to create an industry standard approach.

Speaking of fragmentation, version 1.0 of IO.js was released a few days ago, beating Node.js to the punch.

Ember.js is working on giving developers the ability to run their apps in Node.js. This is part of their FastBoot initiative which involves being able to boot JavaScript apps on the server and “rehydrate” them in the browser.

And it’s not just JavaScript frameworks that are becoming too bloated. Here’s a look at component-driven CSS frameworks and where they are heading.

Buzzword of the Week – Firefox OS

Firefox OS (or Boot to Gecko, as it is also known) is an open-source operating system for smartphones and tablets. It was created by Mozilla and uses HTML5, JavaScript, and other open web technologies to communicate directly with a device’s hardware. The platform is optimized for entry-level smartphones, but is set to be used on other devices such as wearables and smart TVs.

Firefox OS is a relative newcomer to the smartphone market. SitePoint author Elio Qoshi looked back at some of the milestones it passed in 2014, then asks what’s in store for the year ahead.

Recently, the JavaScript Jabber panelists talked with Jason Weathersby (a Firefox OS evangelist), covering topics ranging from Gonk, Gecko, and Gaia (the three levels of FxOS), to how to install Firefox on your Raspberry Pi.

Firefox OS is seen by some as an audacious challenger to the dominance of Apple and Google in the smartphone market. In this article one reviewer shares his first impressions of LG’s Firefox OS Fx0 phone and concludes it’s no threat to Android (at least not for the time being).

The Firefox OS Simulator lets you try out Mozilla’s new OS from the comfort of your browser. Good news for developers and curious souls alike.

Finally, this is an interesting look at how Firefox OS could prove life changing for blind users.

It seems that Apple’s new programming language is currently experiencing something of a meteoric rise in popularity. This is according to the latest RedMonk Programming Language Rankings, which saw it jump from 68th to 22nd place.

We have been warned to keep these rankings in perspective (for example, they don’t reflect which languages are most commonly used in companies today), but nonetheless they might just give us some insight into what languages programmers are actually interested in.

If you fancy getting started with Swift, Tuts+ is running a Swift from Scratch course that covers everything from collections and tuples to functions and control flow.

Meanwhile, on SitePoint we have a two-part series on game programming with Swift where Rico Zuniga shows you how to make a Tetris clone.

Here’s a video tutorial on how to create a sliding and draggable UIView component in Swift — rather like the one you find in the iOS notification center.

And recently on the iOhYes podcast (gotta love that name), the panelists discussed design patterns in Swift, as well as providing an example implementation of each pattern.

The next Version of Things 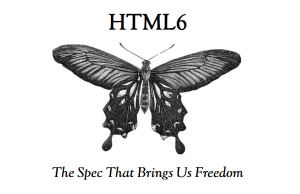 Having just about got your heads around HTML5, CSS3, ES5, and PHP5, it’s time to look at what’s coming next. You didn’t think the web would stand still now, did you?

Bruno Skvorc (editor of SitePoint’s PHP channel) discusses return types, long desired features and removed artifacts in PHP 7. Be sure to check out the discussion in the comments.

Now that the HTML5 specification has been finalized, work on the sixth version has started in earnest (seriously). Find out what’s coming up in HTML.next.

CSS Selectors Level 4 is the next iteration of the CSS selector spec. You can find out what’s going to change and what crazy new things will be possible.

Although it’s scheduled for a mid 2015 release, ECMAScript 6 is already old hat (just kidding). Here’s a video detailing the forthcoming changes and additions to JavaScript that ES6 will bring. And here’s a video taking a sneak peek at what’s coming in ES7.

Bonus link: an ES6 compatibility table to help visualize which browser supports what.

I’ll leave you with a summary of the 9 biggest announcements from Microsoft’s Windows 10 event (why they couldn’t find ten, I don’t know), a rather in-depth look at how strong a magnetic field would have to be to actually kill you and the worrying news that police can now see inside your home (and there’s little you can do about it).

So which links caught your attention? Where do you stand on frameworks? Is Firefox OS something you would consider using? Are you less than enamored by the next version of <insert technology here>? Let us know, we would love to hear your thoughts.