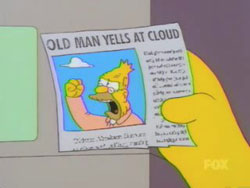 According to a survey conducted by Evans Data Corporation, more than half of all developers around the world are expecting to work in some capacity on software as a service (SaaS) applications in 2009, reports InfoWorld. Evans Data surveyed 1300 developers at the end of 2008 and found that the strongest development market for SaaS apps currently is North America, with 30% of all developers working on software as a service apps.

That market is expected to see a lot of growth this year, and Evans Data sees that as evidence of a trend toward acceptance of software as a service in the enterprise. The survey is seen as confirmation that enterprise IT managers are starting to believe in the potential benefits of SaaS over on-site software, such as lower costs and easier deployment.

This is potentially bad news for current market leaders, who are finding themselves in the awkward position of needing to compete with upstart software as a service products and not wanting to cut into their current on-premises software product lines that bring in large amounts of revenue. We recently wrote that the growing acceptance and popularity of software as a service is resetting the playing field and allowing new players to have a chance to compete in markets that are currently dominated by a few large software vendors.

One of the most obvious and public SaaS vs. traditional desktop software battles that will be waged over the next couple of years is general office software (word processing, spreadsheets, presentations). Google is the SaaS leader in the space with their Google Docs and Spreadsheets product. So far, though, other than a handful of high profile corporate and university deployments, they haven’t been able to make much of a dent in Microsoft’s stranglehold on the market (with their ubiquitous Office products, Word, Excel, PowerPoint, etc.).

That might change, though. According another recent report, this one from Forrester Research, most enterprise customers are apparently using Microsoft Word out of habit, rather than because they actually need to. Taken in tandem with the Evans Data study, the indication is that it might be a bad year for Microsoft’s Office cash cow.

Of course, Microsoft isn’t sitting on the sidelines when it comes to SaaS. They demoed a web based version of Office at their annual Professional Developers Conference in Los Angeles last October, and are expected to open up some sort of public beta for it sometime in the next few months. We expect that it will be very competitive. That said, Microsoft is in that awkward position of not wanting to damage software-based Office sales as much as possible. Also at PDC, Microsoft announced their Windows Azure platform for cloud-based services.

However, the signs are increasingly pointing toward software as a service options becoming very popular in the enterprise world over the next 12-24 months, and that means new competition for companies like Microsoft. Because of software as a service, the status quo is changing. Established enterprise software players will face competition from smaller or more experienced startups and web companies in 2009 and that could preface a major shift in computing mindshare.

First Look at Platform.sh – a Development and Deployment SaaSChris Ward