This week Twitter announced it would show you tweets from people you don’t follow (which met with the kind of reaction you might expect), Steve Ballmer resigned from Microsoft’s Board of Directors (presumably to concentrate on that basketball team he bought recently) and we were assured that the Internet isn’t close to breaking (Phew!)

Video is a fantastic medium to help you build rapport with your users and to get your message across quickly and entertainingly. Here are eight steps to making video accessible, so that you can reach more users than ever.

If you’re embedding YouTube videos on your site, this library will make them prettier (be sure to check out the demo). Here’s a tutorial on uploading videos to YouTube programmatically using Rails. And this site provides you with a quick and easy method of creating an animated gif from any YouTube video. Much fun!

Used sparingly, video backgrounds can really bring a website to life. Here are 16 such examples to inspire you, as well as a round-up of the best libraries to achieve this effect.

Finally, can you tell who said it: Elon Musk, or a random YouTube commenter?

Last week my co-author, Paul, got all meta on us with this style guide for code style guides. So it was with some interest that this week I read about the concept of Styleguide Driven Development (SDD). This encourages the separation of UX, design and front-end from back-end concerns.

Here’s a short article on why style guides are necessary, as well as an organic JavaScript style guide, an opinionated AngularJS style guide and George Orwell’s six rules for Scala programmers.

Style guides are not just limited to programming languages, as these guidelines for writing sane, manageable, scalable CSS demonstrate. And why stop there? SitePoint author Georgina Laidlaw makes a case for bringing your help docs into your UX design, too.

Buzzword of the Week: Git 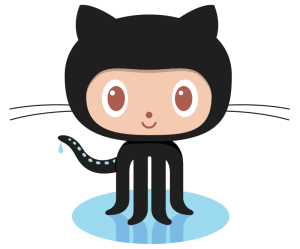 Git is an open source version control system, which records changes to a file or set of files over time. It facilitates collaboration between developers and enables you to revert a project to a previous state at the touch of a button.

Some people are put off by the technical jargon surrounding the world of version control, so here’s a video explaining some of the lingo, as well as the difference between Git and GitHub.

Bitbucket is a web-based hosting service for projects that use Git. This article looks at the advantages of using Git and shows you how to get started with Bitbucket.

Git hooks are simple scripts that run before or after certain actions. Here’s how to use them to validate PHP syntax.

Flight rules for git is a work in progress, which details what astronauts programmers using git should do when things go wrong.

And if you think you’re a Git ninja, here’s your chance to prove it.

Helpers Are, Well, a Little Subpar …

Does anyone remember the provocatively titled Rails article from 2011: Helpers are sh*t? Well the author (Nick Sutterer) has decided it’s time for a follow up post detailing a replacement for the aforementioned offending methods.

Elsewhere on the web we learned the basics of Capybara and how we can use it to improve our tests. Gregg Pollack and Carlos Souza walked us through their implementation of Basecamp’s search functionality (then got their code reviewed by DHH). And the latest Rails release arrived sporting some great looking additions.

Barcelona Ruby Conference 2014 was also announced, and did you know you can use Ruby to program Arduino? Here’s how.

I’ll leave you with a couple of things I came across: Lime Text is a text editor (developed in Go) that aims to be the free and open-source successor to Sublime Text. And here’s a list of free public CDNs for web developers. Very useful!

Which links caught your attention? Which style guides do you use? Do you have any nifty Arduino projects you care to share? We would love to hear your thoughts.