The big news this week was the unveiling of Microsoft’s new operating system – the cunningly named Windows 10. Although this left people asking “What happened to Windows 9” initial reaction was favorable, with Windows 10 marking the return of the Start Menu and some welcome improvements to the command prompt.

Meanwhile, Apple took a bit of a battering, as it was revealed that it is facing billions of Euros costs in a tax avoidance probe. Bendgate also remained firmly in the news, despite the company refusing to admit any kind of design fault in its products.

And security researchers discovered (then subsequently patched) a 22-year-old bug in the bash shell. Here’s how to detect if you are vulnerable to the aptly named Shellshock Bug, and here’s everything else you could possibly want to know about it.

With a current release date of March 2015, the next version of JavaScript is edging ever closer. Harmony (as ES6 has been code-named) is already feature frozen and is stable enough that developers can start learning about the new methods and functionality it will bring.

In this vein, SitePoint author Aurelio De Rosa has started a series of articles looking at ES6’s new array methods, new string methods, as well as map and weakmap (which are new data types).

This is how you can achieve even stricter equality in ES6 using Object.is and here’s Dr. Axel Rauschmayer on ES6 promises and the foundations of asynchronous programming in JavaScript.

Dr. Rauschmayer can often be found expounding on the virtues of ES6. Here’s a video of a talk he gave recently entitled “ECMAScript 6: what’s next for JavaScript?”

Finally, check out this rather in-depth article, packed full of ES6 goodness, which examines the best way to incorporate the JavaScript ecosystem into Rails.

The mobile web represents the greatest shift in the use of the Internet since its vary inception. But as a developer, should you be making web apps (websites optimized for mobile viewing) or native apps (software applications written in native code)?

Many believe that web apps are the future, whilst many others believe that native is the only way to go. There are of course, pros and cons to each approach.

There is also a third way – hybrid app development (applications written in native code, which point to pages within a web app).

Here’s a great article on how to build a hybrid app, which focuses on some of the development frameworks available.

Ionic is one of the more popular of these frameworks. The creators of Ionic recently appeared on the JavaScript Jabber podcast to explain what Ionic is and what problem it solves.

This tutorial will walk you through installing Ionic and creating your first hybrid app, whilst this tutorial explains how to use Ionic Box – a Vagrant configuration for creating hybrid mobile apps with Ionic.

Regardless of how you choose, here’s a handy checklist for building mobile apps.

Buzzword of the Week: API

An API (Application Programming Interface) is a set of requirements that govern how one application can talk to another. APIs facilitate the sharing of share data by exposing some of a program’s internal functions. A software company will often release its API to the public so that developers can design products which are powered by its service (e.g. Google Maps).

APIs are everywhere. There’s a service to turn your spreadsheets into well-documented APIs. And, a prototype of MySQL 5.7 is shipping with a REST API, which potentially eliminates the need for a middle-tier server or database specific drivers.

Not sure what a REST API is? Here’s how to build one using Node.JS and Express.

WordPress now ships with an HTTP API. Here’s an in-depth look at what it is and how to use it. 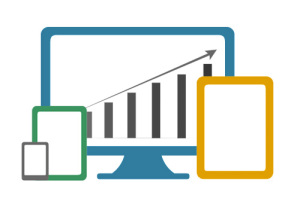 This week also saw a number of interesting articles on the various aspects of RWD.

Chris Coyier reminded us that when working with responsive images, we should be using srcset if we’re just changing resolutions. A caveat: please don’t <picture> all the things!

We always knew that size does matter, especially when it comes to balancing line length and font size. And you thought responsive text was just a fad?

Find out how the LA Times improved its site’s user experience and offered advertisers a better environment as part of their responsive redesign.

And just when we thought we were nearly up-to-date, here comes the next big thing in RWD.

To round things off, here’s a responsive design reading list for developers, as well as an infographic detailing just how RWD works.

I’ll leave you with a joke I saw recently on Twitter:

So which links caught your attention? What are your favorite APIs? Is ES6 ready for the prime time? Are you itching to get a copy of Windows 10, or couldn’t you care less? Either way, we would love to hear your thoughts.