In this age of endless information and clutter, productivity Nirvana has been searched for by so many, yet achieved by so few. While there is no ultimate solution that fits everybody, there are various processes and tools which have differing levels of impact for different people.

Noisli is one of these tools. It’s basically a background noise generator that helps you drown out annoying noises and that lets you create your perfect environment for working and relaxing. Noisli allows you to mix different sounds to create your very own sound environment tailored to your personal needs and taste. If you are one of those people who try out some new music playlist or radio station every week, Noisli might cater to your needs. In fact, I wrote this very article while Noisli was playing in the background.

Let’s have a look at its features. 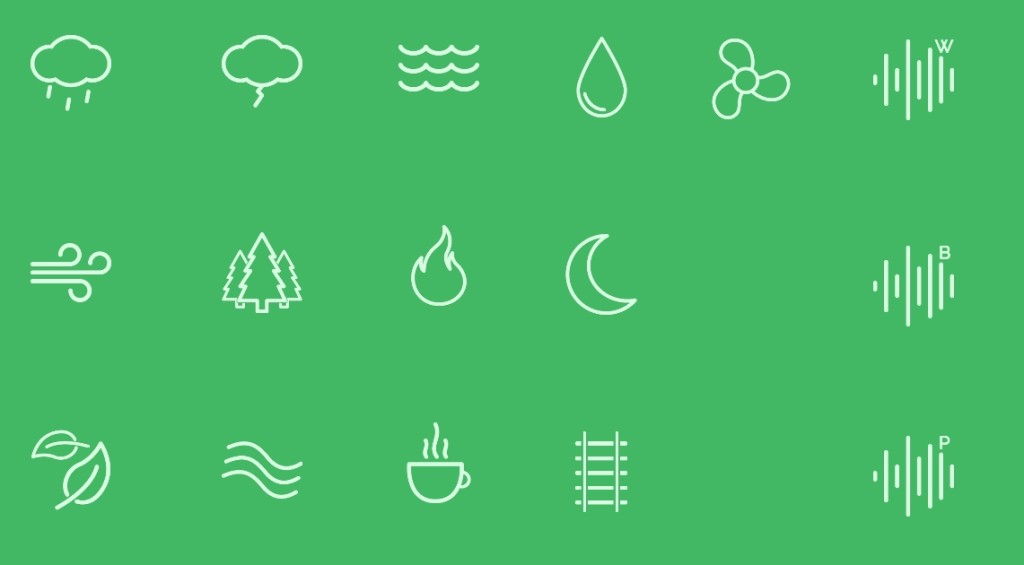 Noisli features 13 environment looped sounds and three additional noises (White Noise, Brown Noise, Pink Noise). The fun thing is that you can activate one or more sounds and change the relative volume to create an always different, pleasing sound environment.

Noisli also offers a Timer function, which you can use to implement time management methods such as the Pomodoro Technique. It’s said to be a more efficient time management approach that cuts down on distraction and prevents burnout.

You can use the Timer to break down work into different sessions, traditionally 25 minutes in length separated by short breaks of five minutes. After four sessions you should take a longer break of 20 to 30 minutes.

Bonus: If you activate the “Fade out” function, the sound will gently stop and fade out at the end of the timer.

To avoid having to make a mix of your preferred combinations every work session, Noisli allows you to save your combos so you can replay them with a single click. This is really useful when you discover a fitting combo for a certain task or mood. You can also share your favorite combos with friends on various social networks.

Kind of a little gimmick to the main product, Noisli also has a very minimalistic text editor included. You are welcomed by a plain blank screen where you can start typing. The editor supports the Markdown format, so you can format your text with styles like bold, italic, headings or bulleted lists.

Text will be saved locally within the browser and can be exported to your Dropbox or Google Drive account.

I found the text editor to be a nice idea, but haven’t found myself using it. The low contrast between the text and some of the background colors makes the text editor quite inaccessible as well. However, that’s not a dealbreaker (especially for something which doesn’t cost a penny).

Noisli is definitely something you should try out when everything else is failing. It probably isn’t a solution to all of your productivity problems, but give it a try particularly in situations where you are struggling to block out distractions. Noisli definitely worked for me.