In this article, we will be looking at some of the common caching techniques in PHP: Opcache, Expires Headers and Query Caching in MySQL. We’ll look at additional approaches in part 2. 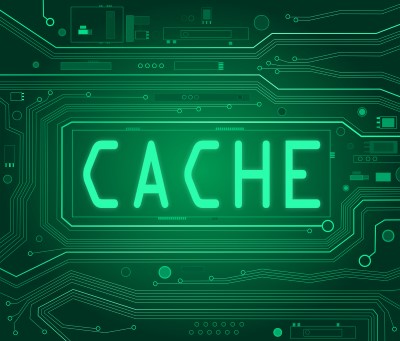 Before we move on, it’s important to understand PHP’s request lifecycle. What happens behind the scenes when you access a PHP file from the browser?

For a more in-depth explanation, check out this article on how PHP echos a Hello World.

All of those steps happen really quickly, and yet there is a lot of time and resources wasted on every request. That is because for every request for each PHP file on the server, the server has to go through all of them.

The caching techniques that we will be going through in these two articles help bypass steps 2, 3 and 4. That means less time and fewer resources wasted, leading to faster page load times for the user.

The first caching tool we’re going to look at is Zend Opcache.

It comes pre-installed with PHP 5.5 and newer. If running php --version from your terminal gives you something like the following, you’re good to go:

Alternatively, you can create a new PHP file, call phpinfo(), then access the file from your browser. Look for ‘Zend Opcache’. It should give you something similar to the following: 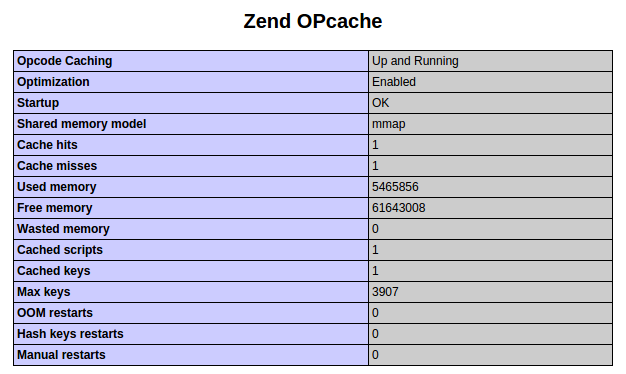 Once you have confirmed that Zend Opcache is installed, you can enable it by opening your php.ini file, then searching for the term ‘opcache’, uncommenting opcache.enable=0 and setting its value to 1:

Don’t forget to restart PHP to activate the changes.

If you are using a PHP version below 5.5, you can still take advantage of Zend Opcache by installing it via PECL. You can do so by executing the following command:

You can configure Zend Opcache by editing the opcache.ini file under /etc/php5/mods-available/ on Debian-based distributions. By default, the configuration file contains the following:

Here are the most important configuration options you can tweak to your liking:

To check if opcache is working properly, you can install opcache-gui by executing the following command from the terminal

Once installed, you can copy the index.php file from the vendor/amnuts/opcache-gui directory to the root of the desired project directory and access it from your browser. It will then show you something similar to the following: 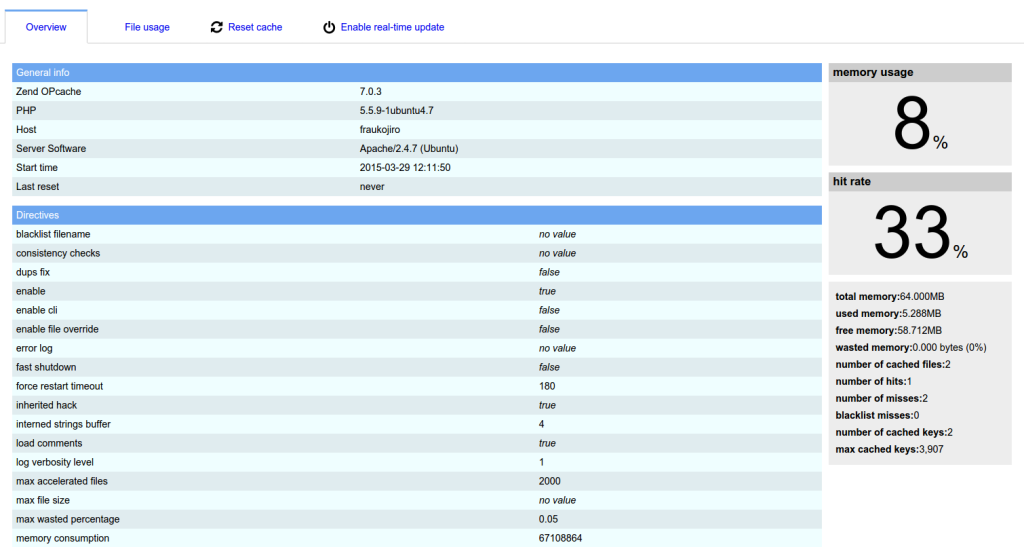 It will show you the memory usage, hit rate, and the configuration options that you have set. You can also reset the cache or invalidate files manually.

We can also use Apache for caching (instructions for Nginx at the end of this section). With Apache, we can mainly cache static files such as stylesheets, script files, images and other media files.

By default, Apache uses etags. These are hashes of a file that are sent in the response header. The browser doesn’t make a request for that file again if the etag is the same, and uses the cached version instead until the default value for the expires header becomes greater than or equal to the time on the client’s computer. But when you make a change to a file, the etag changes and the browser will have to request the file again from Apache. This is all well and good, but we can take it further by specifying an expiration time. That way we can have the browser hold on to the cached version of the file for a longer period.

Specifying an expires header via Apache tells browsers to cache static resources for a specific period of time.

To enable the use of this functionality you must first enable the expires module. You can do that by executing the following commands from the terminal:

The first line enables the expires module and the second line restarts Apache in order for changes to take effect.

Once that’s done you can use the expires headers from your virtual server’s configuration file, usually residing in etc/apache/sites-available or something similar – check your installation’s documentation.

Open up the server config file and look for the Directory directive to find the directory corresponding to the project you’re setting etags up for. There, you can start using the expires module:

The first and last line are a wrapper where we check if the mod_expires module is already enabled. In the second line, we specify that we want to start using the module. The third to fifth line is where we set the rules. Here’s a description of what each option does:

You can now check using the network tab in the Chrome Developer Tools that it has indeed changed the value for the Expires header based on the setting that you specified. The screenshot below is that of a stylesheet. The page is viewed on Feb 1, 2015 so we just add 25 days to that and get the expiration date:

To configure expiration headers for Nginx, see this excellent post.

For web applications which mostly read data from the database, you can take advantage of query caching. This puts the parsed version of an SQL query and its corresponding result set into the cache which in turn makes subsequent requests for pages using the same set of queries retrieve the results faster. This is because your application no longer has to go to the database to parse the query and fetch the results.

For MySQL versions below 5.6.8, query caching is enabled by default. You can check which version you have installed by executing the following command from your terminal:

In this case the version is 5.5.41 so I know that query caching is enabled. If you have version 5.6.8 and above you need to enable it. You can do so by editing the configuration file. On Ubuntu, it’s in /etc/mysql/my.cnf.

Once you have the file open, try to find the string # * Query Cache Configuration. If it exists, put your configuration below it. If not, then navigate to the bottom of the file and add it:

Note that the values in the sample above are the default configuration on MySQL version 5.5, so you’ll have to change them based on your needs and the capacity of your server. The general rule for tweaking the configuration is to not go with really high values if your database is updated frequently, as it’s going to take a longer time to invalidate the items in the cache once they are updated. To give you an idea of how much you can set for each item, here’s a brief description of each. Note that when an integer value is used without adding the unit such as M (for MB), then it is expressed in bytes:

Once you’re done tweaking your query cache configuration, you can now check if it is indeed functioning by executing the following query:

This will then return results similar to the following: 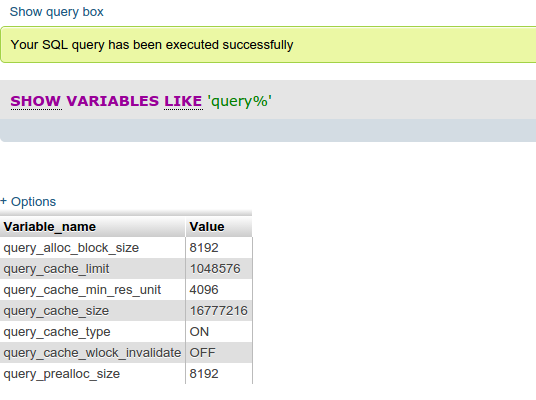 Note that the results returned for all integer values are expressed in bytes.

Execute a SELECT query in one of the databases that you currently have in the machine you’re working on.

Next, execute the following query:

This shows you something similar to the following: Take note of the values that you get and then execute the same SELECT query that you executed earlier. If you’re using phpmyadmin, you can just click on the refresh link under the query box.

Here are some things to remember when using query cache:

In this part, we looked at some common caching techniques to use with PHP and MySQL. In the followup, we’ll take a look at some other software which can further speed up our apps – Varnish, Memcached and some PHP caching libraries. Stay tuned! 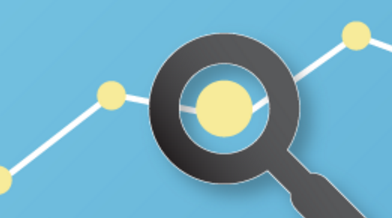