This week saw the launch of the Raspberry Pi 2, which is billed as being considerably faster than its predecessor, but not the slightest bit pricier. Microsoft somehow managed to get in on the act announcing that it is giving away a free version of Windows 10 for the single-board computer – which is a really smart move, apparently.

Elsewhere it seems that Google and Uber could soon become rivals, as Uber announced plans to research self-driving cars, whilst Google is reported to be developing its own Uber competitor. I guess this means Johnny Cabs might be with us sooner than we thought.

Finally, the Pirate Bay is back! But don’t get too excited, it might be a FBI honeypot.

The Right Tool for the Job 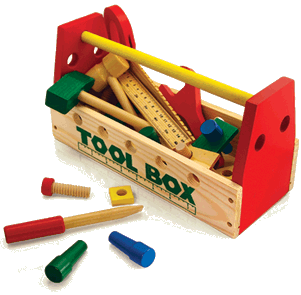 Gulp is a build system which can automate the mundane tasks in the development of a website. This beginner-level tutorial walks you through setting it up, then demonstrates how to use it to concatenate files and compile Sass.

You can also use Gulp (along with Node and Git) to deploy a project to Heroku.

Grunt is a JavaScript task runner, which can also automate repetitive tasks. Here are some ideas for incorporating Grunt into your WordPress development workflow.

One of the IO.js lead developers was interviewed on the Changelog podcast last week, where he discussed (amongst other things) the forking of Node and the future of the project.

Meanwhile Joyent launched a Node.js incubator program, as a part of which members will receive $25,000 worth of services. Rather predictably, anyone using IO.js need not apply.

Bruno Skvorc recently discovered some critical (but easy to fix) UX flaws in a service he tried to sign up for. Rather than groan and be on his way, he wrote them up into a case study which he posted, complete with possible solutions.

What three things do poor user interfaces and zombies have in common? I’m afraid you’ll have to read the article to find out the answer.

It’s time to change the way we talk about accessibility and stop invoking the internal stereotypes we have about who is disabled.

What would you do if multiple designers ripped off your website (even going so far as to directly copy the code)? This guy took it as a compliment.

This walkthrough demonstrates how to use HTML and CSS for wireframing.

Masonry is a JavaScript grid layout library (popular for photo galleries). This is how you can get Bootstrap and Masonry to play nicely together.

Here are nine Bootstrap themes worth checking out (as well as some good advice on where to find more).

Not everyone is Bootstrap fan, however. Here are ten lightweight alternatives to this popular front-end framework.

Gallerize is a Ruby gem which can be used to create a Masonry style image gallery. Even for non-Rubyists, it is as easy as installing the gem, navigating to a directory containing pictures and entering a single command.

This is a great post detailing how to make your own screen scraper using a little-known JavaScript console trick.

This is how to install and configure your very own open source, PHP-based URL shortner – because the world doesn’t have enough url shortners.

RAML stands for RESTful API Modeling Language and provides a structured, unambiguous format for describing a RESTful API. If you understood that, then maybe you want to check out the article.

Smashing magazine ran an interesting article this week about redefining lazy loading using the lazy-load-xt plugin. This technique delays the loading of resources until a user actually needs them and can thus speed up your website considerably.

Jekyll (everyone’s favorite static site generator) has launched a theme of the month series. They only have two themes so far (what with it being February), so there’s a good chance of getting yours featured.

I’ll leave you with the news that a company called ConnectX wants to put server farms in space (I guess the desire for abundant, free cooling makes plenty of sense), the announcement that Google Earth Pro has dropped its $399 subscription fee (who cares what it does – it’s free!) and a great website I discovered called the Internet of Useless things (because connected doesn’t mean useful).

So which links caught your attention? Which build tools are you using? Do you have any examples of poor UX design you wish to share? Let us know, we would love to hear your thoughts.