What we understand today as HTML5 has had a relatively turbulent history. You probably already know that HTML is the predominant markup language used to describe content, or data, on the World Wide Web (another lesser-used markup language is XML). HTML5 is the latest iteration of the HTML5 language and includes new features, improvements to existing features, and JavaScript APIs.

That said, HTML5 is not a reformulation of previous versions of the language—it includes all valid elements from both HTML4 and XHTML 1.0. Furthermore, it’s been designed with some principles in mind to ensure it works on just about every platform, is compatible with older browsers, and handles errors gracefully. A summary of the design principles that guided the creation of HTML5 can be found on the W3C’s HTML Design Principles page.

First and foremost, HTML5 includes redefinitions of existing markup elements in addition to new elements that allow web designers to be more expressive in describing the content of their pages. Why litter your page with div elements when you can use article, section, header, footer, and so on?

The term “HTML5” has also been used to refer to a number of other new technologies and APIs. Some of these include drawing with the canvas element, offline storage, the new video and audio elements, drag-and-drop functionality, Microdata, and embedded fonts. In this book, we’ll be covering a number of those technologies, and more.

API stands for Application Programming Interface. Think of an API in the same way you think of a graphical user interface or GUI—except that instead of being an interface for humans, it’s an interface for your code. An API provides your code with a set of “buttons” (predefined methods) that it can press to elicit the desired behavior from the system, software library, or browser.

API-based commands are a way of abstracting the more complex workings that are done in the background (or sometimes by third-party software). Some of the HTML5-related APIs will be introduced and discussed in later sections of this book.

Overall, you shouldn’t be intimidated if you’ve had little experience with JavaScript or other APIs. While it would certainly be beneficial to have some experience with JavaScript or other languages, it isn’t mandatory. Whatever the case, we’ll walk you through the scripting parts of our book gradually, ensuring that you’re not left scratching your head!

At the time of writing, it’s been a good 5-plus years since HTML5 has had wide use in terms of the semantic elements and the various APIs. So it’s no longer correct to categorize HTML5 as a “new” set of technologies—but it is still maturing and there are ongoing issues that continue to be addressed (such as bugs in browsers, and inconsistent support across browsers and platforms).

It should also be noted that some technologies were never part of HTML5 (such as CSS3 and WOFF), yet have at times been lumped in under the same label. This has instigated the use of broad, all-encompassing expressions such as “HTML5 and related technologies.” In the interest of brevity—and also at the risk of inciting heated arguments—we’ll generally refer to these technologies collectively as “HTML5.”

How did we get here?

The web development industry has evolved significantly in a relatively short time period. In the late 1990s, a website that included images and an eye-catching design was considered top of the line in terms of web content and presentation.

Today, the landscape is quite different. Simple performance-driven, Ajax-based websites (usually differentiated as “web apps”) that rely on client-side scripting for critical functionality are becoming more and more common. Websites today often resemble standalone software applications, and an increasing number of developers are viewing them as such.

Along the way, web markup has evolved. HTML4 eventually gave way to XHTML, which is really just HTML4 with strict XML-style syntax. HTML5 has taken over as the most-used version of markup, and we now rarely, if ever, see new projects built with HTML4 or XHTML.

HTML5 originally began as two different specifications: Web Forms 2.0 and Web Apps 1.0. Both were a result of the changed web landscape and the need for faster and more efficient maintainable web applications. Forms and app-like functionality are at the heart of web apps, so this was the natural direction for the HTML5 spec to take. Eventually, the two specs were merged to form what we now call HTML5.

For a short time, there was discussion about the production of XHTML 2.0, but that project has long since been abandoned to allow focus on the much more practical HTML5.

Would the real HTML5 please stand up?

Because the HTML5 specification is being developed by two different bodies (the WHATWG and the W3C), there are two versions of the spec. The W3C (or World Wide Web Consortium) you’re probably familiar with: it’s the organization that maintains the original HTML and CSS specifications, as well as a host of other web-related standards such as SVG (Scalable Vector Graphics) and WCAG (Web Content Accessibility Guidelines).

The WHATWG (aka the Web Hypertext Application Technology Working Group), on the other hand, was formed by a group of people from Apple, Mozilla, and Opera after a 2004 W3C meeting left them disheartened. They felt that the W3C was ignoring the needs of browser makers and users by focusing on XHTML 2.0, instead of working on a backwards-compatible HTML standard. So they went off on their own and developed the Web Apps and Web Forms specifications that we’ve discussed, which were then merged into a spec they called HTML5. On seeing this, the W3C eventually gave in and created its own HTML5 specification based on the WHATWG’s spec.

This can seem a little confusing. Yes, there are some politics behind the scenes that we, as designers and developers, have no control over. But should it worry us that there are two versions of the spec? In short, no.

The WHATWG’s version of the specification can be found at http://www.whatwg.org/html/, and in January 2011 was renamed “HTML” (dropping the “5”). It’s now called a “living standard,” meaning that it will be in constant development and will no longer be referred to using incrementing version numbers.

The WHATWG version contains information covering HTML-only features, including what’s new in HTML5. Additionally, there are separate specifications being developed by WHATWG that cover the related technologies. These specifications include Microdata, Canvas 2D Context, Web Workers, Web Storage, and others.

The W3C’s version of the spec can be found at https://www.w3.org/html/wg/drafts/html/master/, and the separate specifications for the other technologies can be accessed through http://dev.w3.org/html5/.[1]

So what’s the difference between the W3C spec and that of WHATWG? Besides the name (“Living Standard” versus “HTML5.1”), the WHATWG version is a little more informal and experimental (and, some might argue, more forward-thinking). But in most places they’re identical, so either one can be used as a basis for studying new HTML5 elements and related technologies.[2]

Why should I care about HTML5?

As mentioned, at the core of HTML5 are a number of new semantic elements, as well as several related technologies and APIs. These additions and changes to the language have been introduced with the goal of allowing developers to build web pages that are easier to code, use, and access.

These new semantic elements, along with other standards such as WAI-ARIA and Microdata (which we cover in Appendix B and Appendix C respectively), help to make our documents more accessible to both humans and machines—resulting in benefits for both accessibility and search engine optimization.

The semantic elements, in particular, have been designed with the dynamic Web in mind, with a particular focus on making pages more accessible and modular. We’ll go into more detail on this in later chapters.

Finally, the APIs associated with HTML5 help improve on a number of techniques that web developers have been using for years. Many common tasks are now simplified, putting more power in developers’ hands. Furthermore, the introduction of HTML5 audio and video means that there will be less dependence on third-party software and plugins when publishing rich media content on the Web.

Overall, there are good reasons to start looking into HTML5’s new features and APIs, and we’ll discuss more of those reasons as we go through this book.

[1] Technically, the W3C’s version has now been upgraded to a new version: “HTML5.1”. For simplicity we’ll continue to refer to both versions as “HTML5”. In addition, the W3C’s website has a wiki page dedicated to something called “HTML.next“, which discusses some far-future features of HTML that we won’t cover in this book. 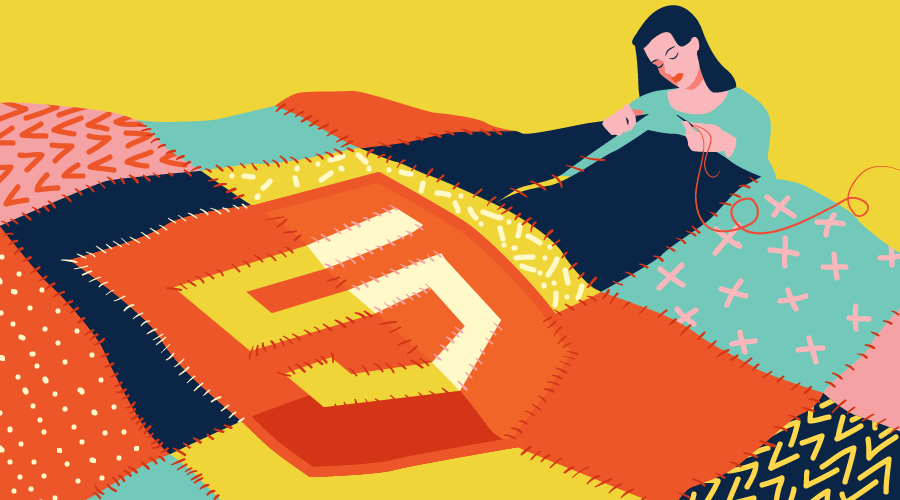 How You Can Use HTML5 Custom Data Attributes and WhyGajendar Singh