Alfred is an OS X productivity tool that can turn user-specified commands into actions. These are known as workflows and they can be written in a variety of languages – including Ruby.

In a previous article, I showed how to make an Alfred workflow to generate a list of random numbers for the user to choose, storing the selected number in the clipboard. In this article, let’s look at some more practical use cases, such as:

If you are new to Alfred, be sure to read over the previous article to get up to speed.

Note: You will need to buy the Alfred Powerpack to use and create workflows.

Previously, we sent information to Alfred by converting a Ruby hash into XML (using the gyoku gem) and then printing it to stdout. In this tutorial we’ll use a gem that simplifies this a bit: Alfredo.

First, install the alfredo gem. As with any workflow gem, be sure to install it for whatever Ruby you are using inside the workflow bash script, usually /usr/bin/ruby:

Then use it by creating a workflow object, adding items to it, and printing the XML:

One of the nice things about alfredo is that it will fill in missing workflow item attributes like uid (used to keep track of your behavior for prediction) and autocomplete with intelligent defaults. If you don’t want these attributes, be sure to specify them in the Alfredo::Item constructor.

“Screen Scraping” may be a bit of a misnomer. We’re not taking a screenshot and then giving the pixel values to a machine-learning algorithm to get the characters. Although, that probably has plenty of applications.

Fortunately, with websites the process usually works like this:

If there’s a lot of JavaScript, then step 1 may require a headless browser with a JS engine.

Let’s make an Alfred workflow that will display the titles on the front page of rubyflow and then open the page that is selected. All we need is a blank workflow with an Inputs->Script Filter node connected to an Actions->Open URL node.

Inside the script filter, set bash as the script type, add a Ruby script to the workflow folder, and then run it with /usr/bin/ruby: 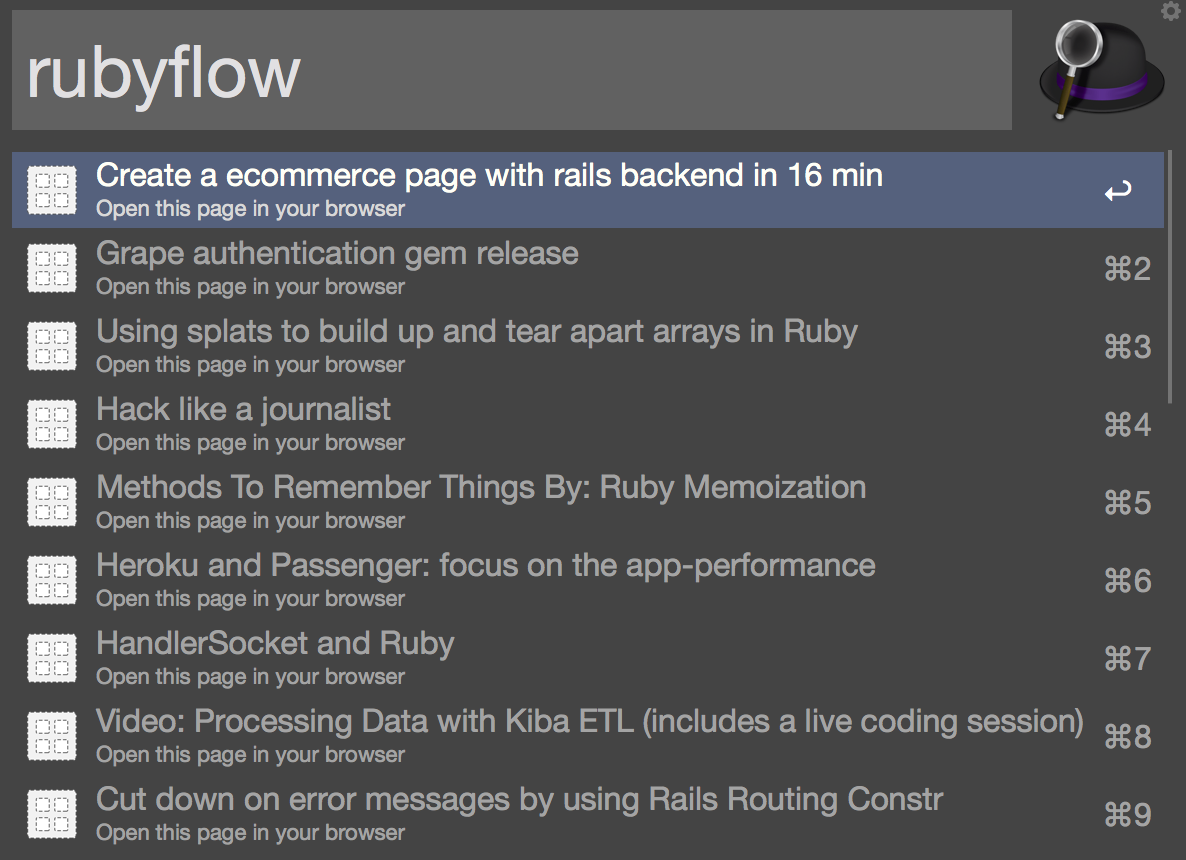 How easy was that?

Currency Conversion with a JSON API

Workflow keywords don’t need to be words, necessarily. If you want a quick currency converter, create a script filter workflow with your currency symbol as the keyword and then the amount as the argument. Be sure to uncheck “with space” in the script filter node so that you can use amounts like “$100” instead of “$ 100”.

We can use the free currency conversion API provided by Fixer.io.

Since we’re using the keyword argument here, we access it via ARGV[0] by passing it to the script like

For the selected value to be copied to the clipboard, be sure to add an Outputs->Copy to Clipboard node with {query} as the text, and connect it to the output of the script filter. 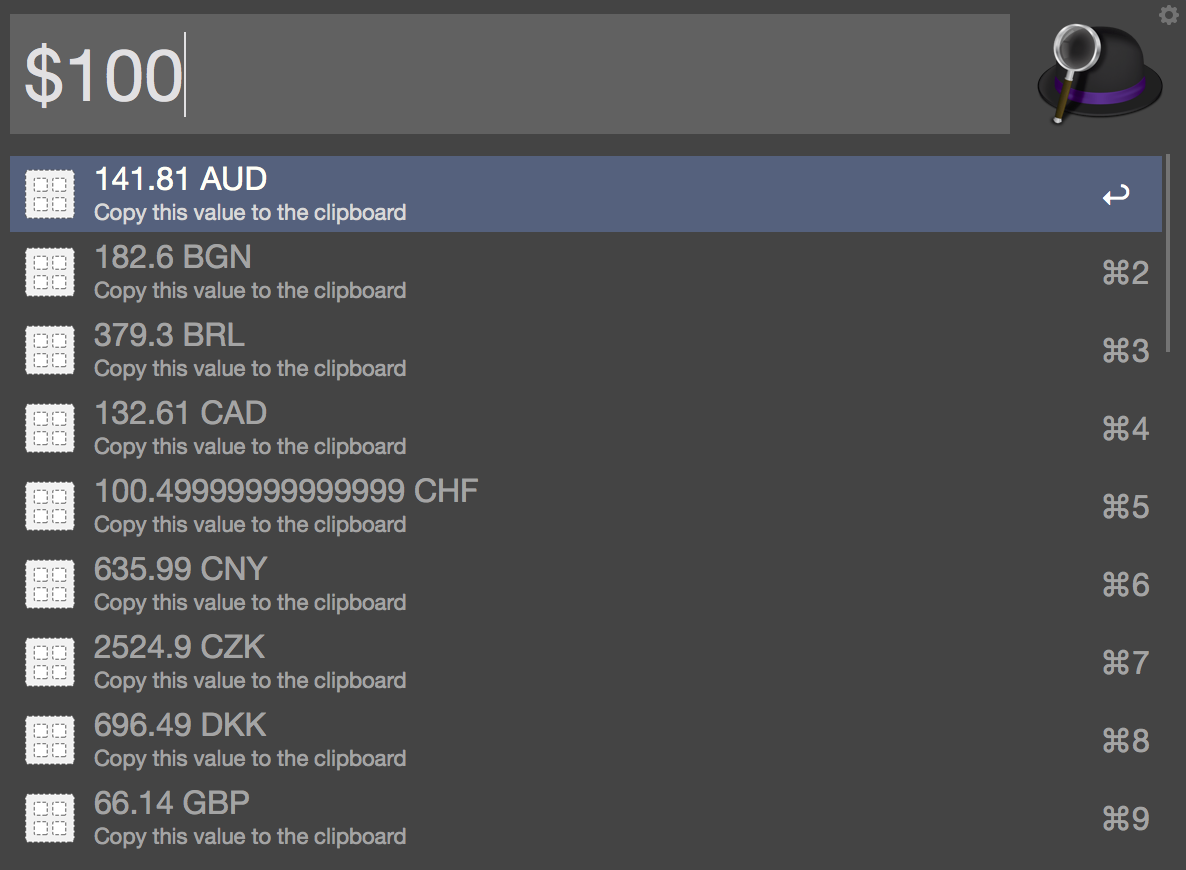 Let’s create a workflow that lets us set OS X calendar notifications based on natural language. For example, we could say rem "pay the light bill on tuesday". Here’s how it’s going to work:

We’ll use the nickel gem (https://github.com/iainbeeston/nickel) for time parsing since it can parse messages and times together:

Open up irb to see what kinds of times nickel will parse.

Note that nickel currently isn’t great at inferring things. You will need to specify AM/PM if you use that format – it works fine with 24 hour times:

Next, we need some AppleScript that will create the Calendar event based on the time processed by nickel. AppleScript gives us the power to automate scriptable OS X application by sending them Apple Events.

To know what scriptable behavior an application supports, we will need to examine its AppleScript dictionary. This can be displayed by opening the AppleScript Editor (found in the Utilities Folder and called Script Editor) and then going to File->Open Dictionary and selecting the desired application.

Looking at the dictionary for Calendar, we can see what kind of properties are needed to create a new event: 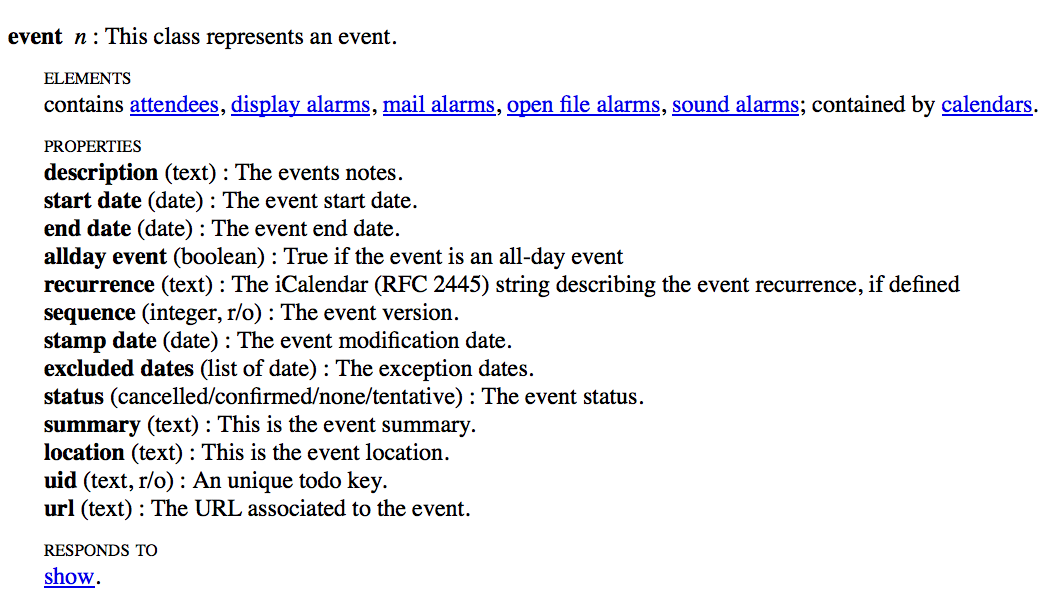 In the workflow node view, add an Actions->Run NSAppleScript node and connect it to the script filter node. Then add the following code:

Note that we’re getting the argument passed from the script filter node with the on alfred_script argument instead of {query} as in the notification node.

Also, an AppleScript keyword that might not be obvious is my. This tells AppleScript that the context is the top-level script rather than the target of the tell block. We need this because AppleScript will not keep looking if something is not defined specifically in the current context.

Now, out the workflow and it will tell us the date and time that will be added once we’ve closed off the argument in quotes.

In order to receive notifications for calendar events, we need to turn them on in the preferences (CMD-,) for the Calendar application. You can set whether you want the alert to occur at the start of the event or some time before. 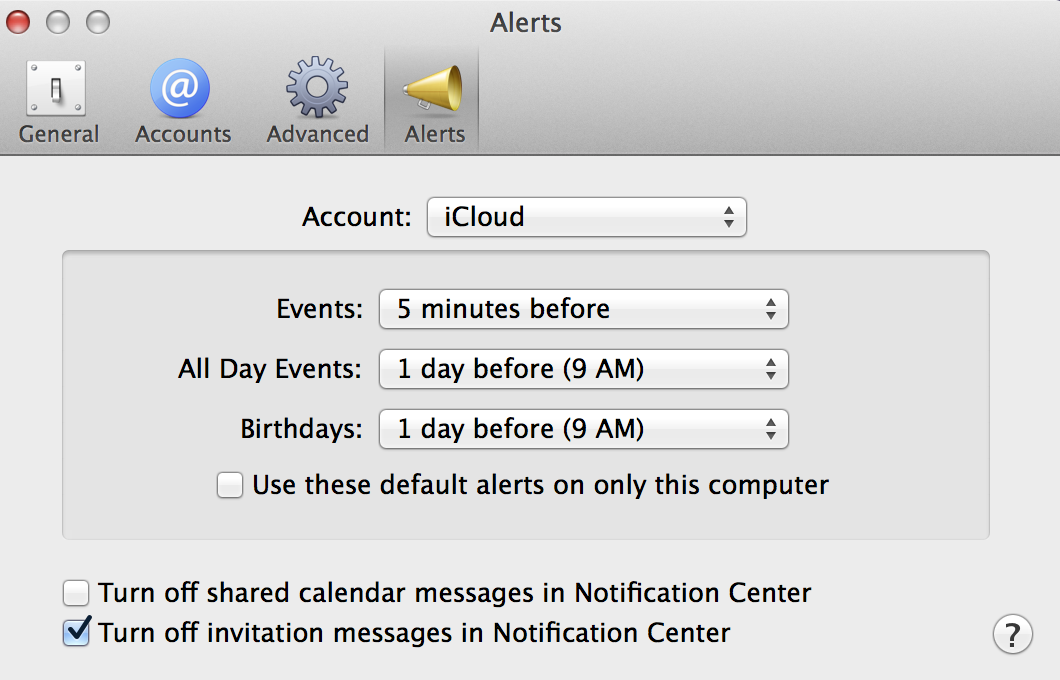 Nickel can parse whether events occur in an interval like a daily or monthly basis as well as a period between two times. So there’s a lot that can be added to the reminder workflow.

Tools like Alfred have only been around for a few years, so we’re probably just scratching the surface with what’s possible. It may especially be a boon for disabled users who need to associate spoken commands with complex behavior.

Oh, and if you want the workflow pictured at the top of the article, it can be found on GitHub.

Got any great ideas for workflows? Let us know in the comments. 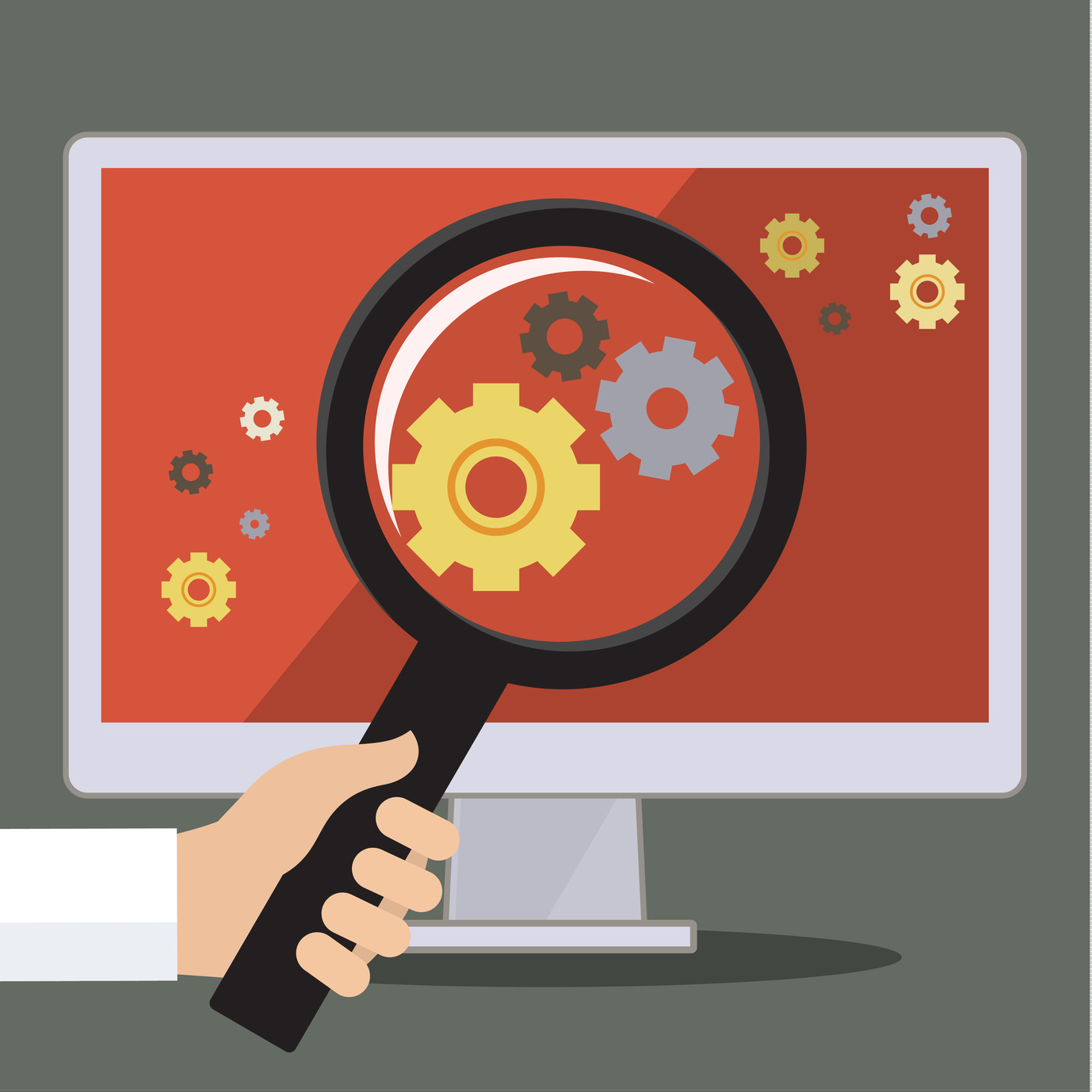 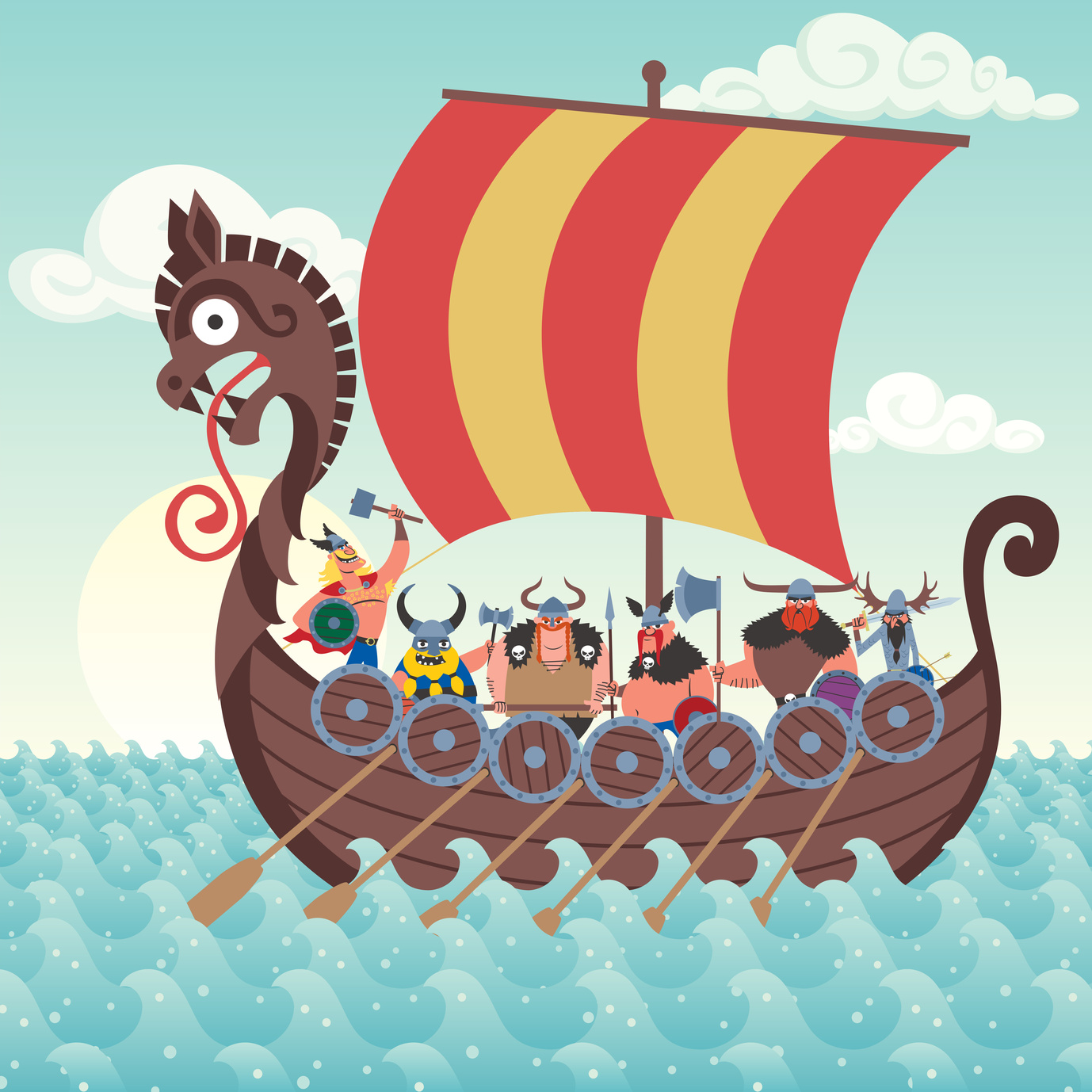