mod_rewrite uses "flags" to give our rewrite conditions and rules additional features. We add flags at the end of a condition or rule using square brackets, and separate multiple flags with a comma. The main flags with which you’ll need to be familiar are:

You can read about the other available flags at Apache.org’s mod_rewrite documentation page.

None of the statements above will be read by the mod_rewrite engine. RewriteEngine statements can be very helpful when developing new mod_rewrite code — just use them as you would the /* ... */ wrapper for PHP comments.

As a webmaster, it’s up to you to determine how your pages will be identified to visitors, as well as how to rewrite those URIs so that Apache can serve the appropriate content. Be sure to put some careful consideration into the creation of your new URI scheme. And don’t forget that after implementing your new URI scheme, you may have to go back over old content, updating existing links to match the new scheme.

When you design your new URI scheme, make use of unique keys whenever you can. In a previous example, I used countries, states and cities as keys — items that would be unique in a database. But as I build web sites for clients to update themselves, it’s unreasonable for me to insist that they provide unique titles for all their articles. Articles in the database are typically identified by an auto-incremented ID, which would be perfect for my friendly URI scheme. It makes your rewrite rules a lot simpler because you can map a URI atom to a query string value directly.

People often attempt to use a database to redirect from a title or other such field to a specific ID value. mod_rewrite has a RewriteMap statement for this purpose, but you need to have access to your Apache main configuration file: httpd.conf. Typically, you’ll only have access to this file if you own and operate the server. Instead, avoid the problem completely, and use the ID field to create your links.

Remember that spaces appear as %20 in URIs, so you’ll need to replace them in your PHP code. PHP’s str_replace function is perfect for this task. Generally, we need to replace spaces with %20 when generating links, and convert %20 back to spaces when reading in query string values from the $_GET array. However, when working with unique database field values that contain spaces, I prefer to use the underscore character to replace the spaces in resulting links. To do so, you can use the following PHP code:

Be careful not to break existing relative links when you implement your new URI scheme. Developers are often surprised when suddenly their CSS, JavaScript files, and images cease to work. Remember that relative links are relative to the current URI at the browser end — that’s the requested URI, not the rewritten one. Depending on your site’s configuration, you may need to use absolute URIs, or the HTML <base> tag, for all your static resources.

Earlier, we looked at an example that forced the inclusion of the www part of a domain name for every request. Let’s have a look at some more examples and see how useful mod_rewrite can be.

1. Forcing www for a domain while preserving subdomains

This rule captures the optional subdomain using the %1 variable, and, if it doesn’t start with www., redirects with www. prepended to the subdomain. The domain and the original {REQUEST_URI} are appended to the result.

2. Eliminating www from a domain

3. Getting rid of the www but preserving a subdomain

If some unscrupulous webmasters are leeching your bandwidth by linking to images from your site to post on theirs, you can use the following rule to block the requests:

If the {HTTP_REFERER} value is not blank, or from your own domain (example.com), this rule will block the viewing of URIs ending in .gif, .jpg, or .png using the forbidden flag, F.

If you are upset enough at these hotlinkers, you could change the image and let visitors to the site know that you know that they’re hotlinking:

Instead of blocking the URI, the above rule rewrites it to a specific image in our domain. What appears in this image is completely up to your imagination!

You can block specific domains using:

This rule blocks all requests where the {HTTP_REFERER} field is set to the bad domain.

Of course, the above rules rely on the {HTTP_REFERER} value being set correctly. It usually is, but if you’d rather rely on the IP Address, use {REMOTE_ADDR} instead.

5. Redirecting to a 404 page if the directory and file do not exist

If your host doesn’t provide for a "file not found" redirection, create it yourself!

This way, your 404.php script can do something with the requested URL: display it in a message, send it in an email alert, perform a search, and so on.

If you’ve shifted files around on your site, changing directory names, try this:

I’ve included the literal dot character (not the "any character" metacharacter) inside the set to allow file extensions.

Updating your web site but need to be sure that bookmarked links will still work?

This is not a redirection, so it will be invisible to your visitors. To make it permanent (and visible), change the flag to [R=301,L].

If your site uses PHP files, and you want to make your links easier to remember — or you just want to hide the file extension, try this:

If you have a mixture of both .html and .php files, you can use RewriteCond statements to check whether the filename with either extension exists as a file:

If the file name exists with the .php extension, that rule will be chosen.

9. Checking for a key in a query string

If you need to have a specific key’s value in your query string, you can check for its existence with a RewriteCond statement:

The above code will check the {QUERY_STRING} variable for a lack of the key uniquekey and, if the {REQUEST_URI} is the script_that_requires_uniquekey, it will redirect to an alternative URI.

Apache’s mod_rewrite automatically passes through a query string unless you do either of the following:

11. Redirecting a working URI to a new format

Here’s a curly one. Let’s say, for example, that we’ve got a set of working URLs that look like this: /index.php?id=nnnn. However, we’d really like to change them to /nnnn and make sure search engines update their indexes to the new URI format. First, we’d have to redirect the old URIs to the new ones so that search engines update their indexes, but we’d still have to rewrite the new URI back to the old one so that the index.php script would run. Have I got your head spinning?

In the second iteration, the marker is matched so the first rule is ignored and, since there’s a dot character in index.php?marker&id=nnnn, the second rule is also ignored … and we’re finished!

Note that, while useful, this solution does require additional processing by Apache, so be careful if you’re using it on shared servers with a lot of traffic.

12. Ensuring that a secure server is used

Apache can determine whether you’re using a secure server in two ways: using the {HTTPS}, or {SERVER_PORT}, variables:

The above example tests that the {REQUEST_URI} value is equal to our secure page script, and that the {HTTPS} value is not equal to on. If both these conditions re met, the request is redirected to the secure server URI. Alternatively, you could do the same thing by testing the {server_port} value, where 443 is typically the secure server port:

In situations where secure and unsecured domains share the web server’s DocumentRoot directory, you’ll need a RewriteCond statement to check that the secure server port isn’t being used, and then only redirect the request if the requested script is one in the list of those that require a secure server:

Here’s how you’d redirect requests for pages not requiring a secure server back to port 80:

Apache mod_rewrite is primarily used to allow SEO and user friendly URIs, but it’s also an extremely flexible tool for other important redirection tasks. If you want to learn more, here are some very useful resources I’ve found:

If you enjoyed reading this post, you’ll love Learnable; the place to learn fresh skills and techniques from the masters. Members get instant access to all of SitePoint’s ebooks and interactive online courses, like PHP & MySQL Web Development for Beginners. 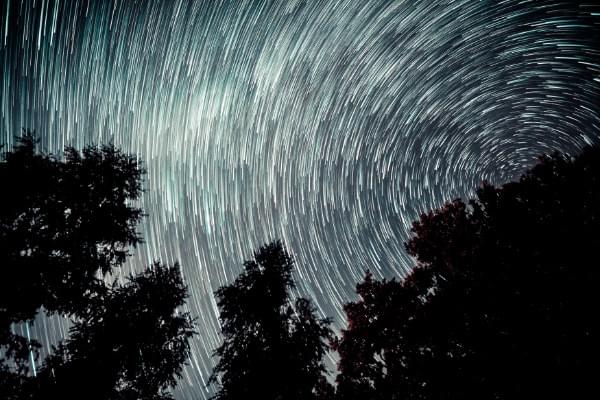