Jolla have released the biggest update to their Sailfish operating system. Version 2.0 was initially for the launch of the Jolla tablet, reached the Jolla phone before the first tablet shipped, giving a significantly new experience to current users.

Since the release of the phone, Jolla have made updates available every month, constantly improving the OS, making it more fluid, bug fixing, better memory handling and Android app support.

The latest update, named "Eineheminlampi", will change everything, let's see how.

Sailfish OS used to have a distinctive navigational model.

It sounds complicated, but after you got used to it, it felt natural and well designed. But a steep learning curve is not what a new user coming from other platforms wants. 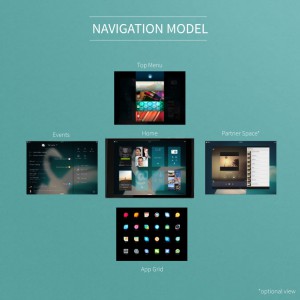 Jolla's designers have implemented a new navigation model, with consistent and context independent gestures that are easier to memorize, more intuitive for beginners and more familiar to other platform users.

Whenever a notification is present you have a handy shortcut to access the events view. 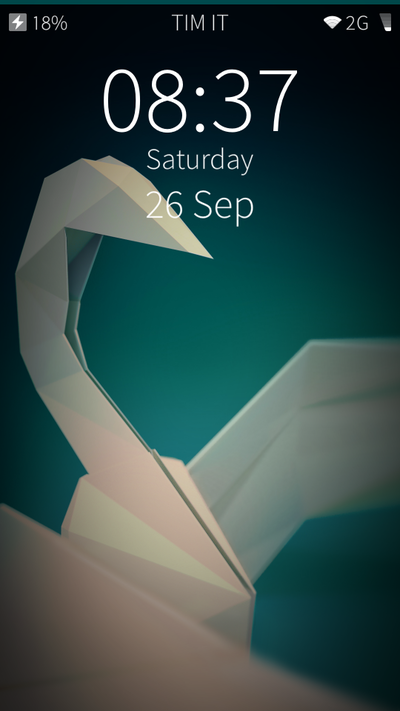 After unlocking you will see the home view. Here the changes are more functional than visual. Sailfish OS 2.0 is not limited to nine visible app covers anymore, but can now feature as many as you want.

Apps no longer shuffle around after swiping one away. Newly opened apps will go the end of the grid, so already running apps will return to the same location (you can also manually rearrange ).

This makes multitasking more powerful and easy to manage. A new status area that provides information about battery status, time and connections has been added to the home screen. This is similar to other OSs but with a cooler style. I admit that I'm a fan of the old layout, where you could "peek" (swiping from an edge) down the home screen to have a bigger status area.

Fortunately Jolla maintained the ability to allow apps to use 100% of the screen, and users can take a brief look at the status area by "peeking" from an app. 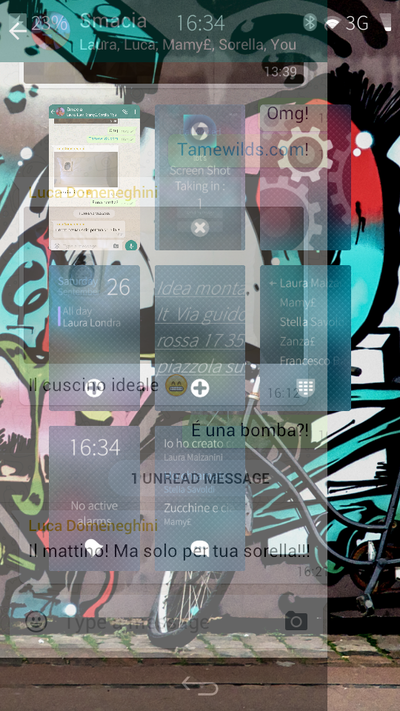 Swiping left or right from the home screen bring you to the new and improved events view. Notifications are now grouped by app and on the same screen you have a glimpse of your agenda and the weather.

Tapping on the weather widget gives a five day forecast preview and the home and event view is now a carousel. You can flick to cycle between them. In the next release a "Partner space" may enter this carousel view. 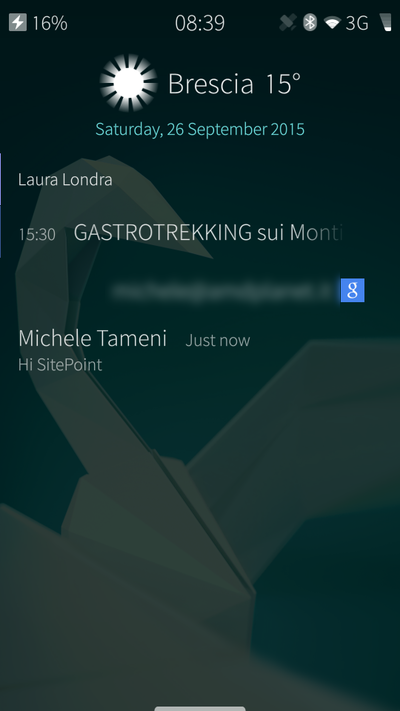 The App drawer is now accessible from anywhere in the OS by just swiping from the bottom edge, providing a fast way to open new apps as needed. 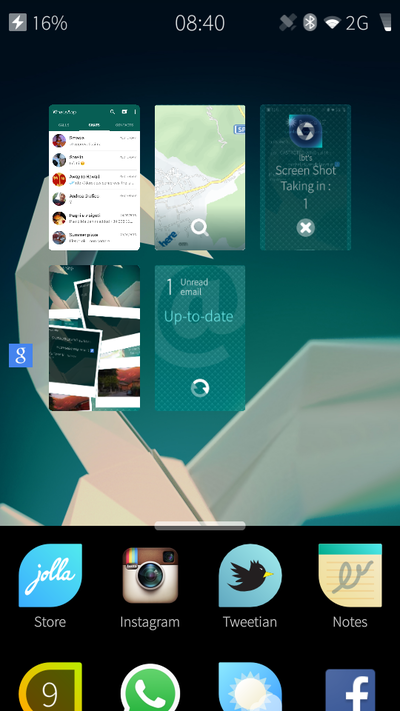 The active covers of many apps are improved, but here we have one of the most controversial change to the UI.

In the previous release a user could trigger app actions (like switching to the next song in the media player or pausing it) by swiping from the left or right on the app cover.

This is now achieved by a button press. This is also handy but more prone to error as on a phone, these buttons can be small. It will likely work better on tablets.

Swiping from the top now brings a new menu where you can lock the phone or peak at the preferred ambiance. 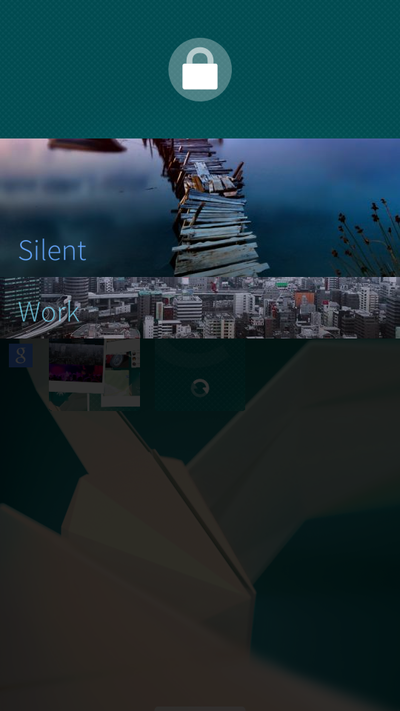 Ambiance can now be configured to different situations, personalizing them as you need. Such as changing sound levels, backgrounds, colors, and in the future, trigger actions (turn on/off features etc…).

Silica Components (the building block of Sailfish apps) have an updated look and feel. Buttons, pulley menus, time pickers, volume bars and remorse timers are updated and improved, even if I think that some need tuning. 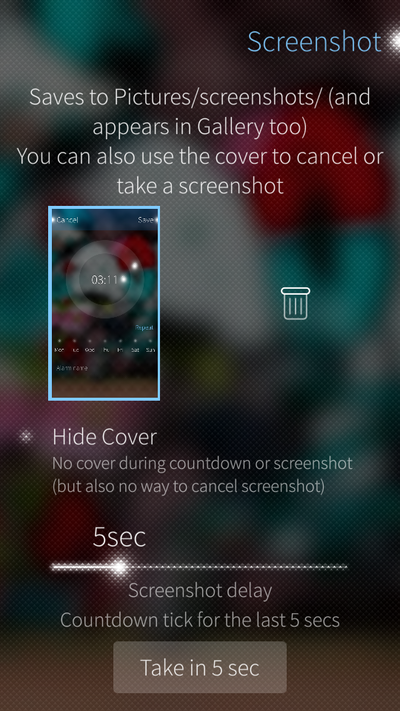 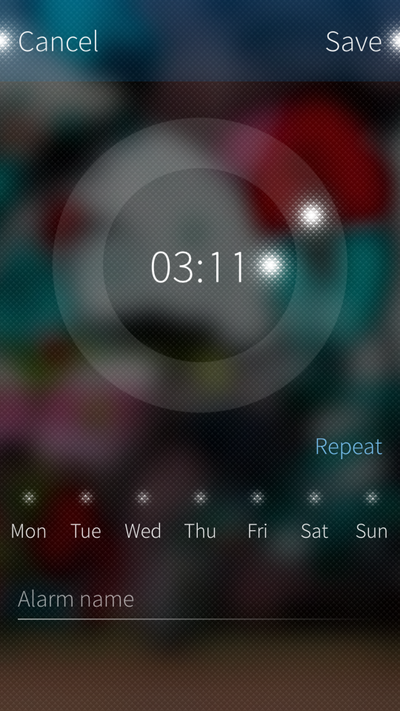 Button are now more defined, but they lack some style compared to previous designs. The new animation for "peeking" an item from the pulley menu needs to be faster and this has already been noted as an issue.

Official apps have been updated. The camera can now record video clips in H.264 format and has a new and improved visual style. The music app now displays controls on the lock screen and the gallery, notes and camera have a new home screen cover layout.

The Jolla Store is improved and the tutorial app updated to introduce the new user interface.

Nothing big, but nice to have.

Other important improvements were made to the Android compatibility layer. Android notifications now work as expected, using system tones, alerts with vibration and they can use the notification LED and wake up the display.

The next OS upgrade will complete the transition to Sailfish OS 2.0, including further improvements to the user experience.

We can expect the ability to pick favorite shortcuts to show in the events view, such as buttons to connect to internet, search the web, take a photo or make a note.

I was in love with the Sailfish OS UI, and I am yet to get used to the changes. Overall I can see a big step forward in the right direction for Jolla.

It will be easier for newcomers to understand and use Sailfish-based devices and enjoy the beautiful style.

The OS feels fluid and well designed, remaining unique even if it's not as much as before.

The new event view, the ambiance potential and improved Android support make the update worth installing alone and you should start developing apps for Sailfish 2.0 right now!

An unconventional software engineer, interested in research and development of innovative apps, experimenting on emerging technology and interaction methods. A contributor to some open source projects, some for work, mostly for passion. When not at a keyboard Michele is usually travelling around the world, taking photographs or writing about adventures.

Lists and Grids for Displaying Data in Sailfish OSMichele Tameni