The logo is arguably the most important aspect of any brand to get right. It’s intended to show the personality of a brand and instantly convey what the company does at a glance.

Logos shouldn’t ever be difficult to figure out, or it’s pretty pointless having one – unless perhaps your target audience loves puzzles and the company makes them.

Even then, a logo should tell the story of a brand in such a way that it’s clear, non-patronising and instant. 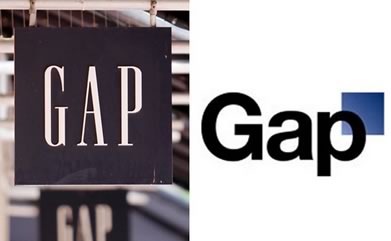 Gap’s infamous 2010 logo redesign was so poorly received that it
was unceremoniously scrapped within a week of launch.

Logo design is tough and even the largest organizations can get it wrong. Gap’s 2010 redesign was reversed within a week and more recently, Yahoo! rode out a problematic reception to their rebranding.

It’s never an exact science and does involve a good level of creativity.

It also involves knowing how to transmit a message using color and imagery, which means a certain amount of theoretical knowledge is also required.

With this in mind, let’s take a look at some of the more common mistakes to be found in logo design and why they don’t work.

I’ve come to this one first as, since we’re now firmly entrenched in the mobile generation, it’s more important than ever to ensure that logos scale correctly for their host device.

Images need to appear at a consistent quality, with no pixelation issues and so raster graphics are not ideal.

It’s not standard practice any more to use bitmaps; most designers sensibly use vector graphics, which scale nicely as they don’t use pixels and so don’t lose quality.

It’s also much easier to edit a vector graphic, and often easier to go straight into using from initial sketches. 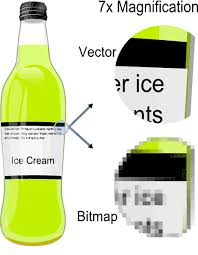 Even when working with more traditional print graphics, rasters aren’t always ideal. Typically they will produce blurred results when scaled up for larger formats such as billboards and banners.

Whilst Photoshop is clever when it comes to scaling pixels, vectors make life easier.

However, bear in mind that because of the mathematical way that vectors handle data, they are not perfect for detailed colors, and may not handle styling events such as drop shadows.

For online logos, HTML5 can be used alongside SVGs (scalable vector graphics) to embed the logo directly into the code. These are also extremely light-weight, so perfect for responsive web design sites. They also look great when viewed on retina displays.

In design, there always seems to be some new trend taking place, no matter if it’s in web design or graphic design or even fashion.

Take, for example, the current trend towards flat and minimalistic design.

Whilst there are some stunning sites out there that use these, you have to ask yourself “Is this going to last?“.

The Skype logo shouts hello from 2006!

Getting a new logo is like buying a good suit. It should be an investment that lasts you years — not just this season.

Skype designed this logo at the height of the faux-gloss plastic-ness of the ‘web 2.0’ period. Rest assured, it was white-hot in 2006, but has since aged like a half-eaten apple. This is a logo forever anchored to a time in history.

Another great example of how users can react negatively to a new logo, is that of the University of California.

Its new minimalistic logo drew an outcry from 50,000 disgruntled students and supporters. An online petition, (now closed), attempted to force the institution to stop using the “monogram”, despite it receiving:

..praise from an array of accomplished design experts not affiliated with the university.

It seems that the university should have been more concerned with creativity when it came to funding, rather than logos, according to a letter written by Gavin Newsom, Lieutenant Governor, to the university president.

Many affiliated with the university felt that the new logo didn’t say anything about the institution. Newsom pointed out that many felt that it:

..failed to respect the history and the prestige of University of California.

Bearing this in mind, it pays to know exactly how the brand wants to be represented. But it’s even more critical to know what its users and customers want.

Mistake #3: Ill-advised use of Typefaces

It can pay not to get over-excited when working with fonts too. A bad pairing can look silly, and selecting one that’s inappropriate to the brand persona can be fatal.

For example, designing a logo for a lawyer that uses Comic Sans (yes, everyone hates it, I know), and appears too light-hearted and fun, is unlikely to please this client.

When sketching out initial ideas then, think carefully about what you want the font to say, not in words, but in feel.

So, the aforementioned lawyer would presumably be looking for something that conveys a sense of trust and professionalism. A kid’s clothing manufacturer might prefer something that smacks of fun, whilst also conveying a certain amount of quality for parents.

When choosing what lettering to use, think about:

An excellent example of the latter is the famous FedEx logo, which uses negative space in the lettering to create an arrow shape, suggesting speed and direction.

There’s a lot of font going on here, although
to their credit, the Little Brother Brewery guys provide
a very thorough and well-reasoned rationale
to their decisions here.

Another common mistake in logo design is the use of too many fonts; stick to one or two, or it can get messy. This creation by Julian Hanson is a kind of map on how to use fonts and is interesting and useful as a general guide.

While imitation may well be the sincerest form of flattery, aping the designs of others is not cool.

For a start, what does it say about you as a designer?

It says you have little in the way of creativity and suggests a certain amount of laziness.

It may be tempting to go for Google colors (which incidentally are used very well – rare to get it right with a lot of color going on). But what does it say about the company you’re creating a logo for?

It suggests that it is attempting to ride on the back of another’s success. Not a good look.

This takes us back to trends and fads to some extent, as whilst there’s a trend going on, it’s easy to copy something, even inadvertently, especially given the current fad of modern minimalism.

Do your research and always be original, your clients will thank you for it and you won’t end up in court fighting an intellectual property case.

It’s tempting sometimes to create something that really shows off your skills, but get too complex and your clever design can fall flat. To begin with, it may not be able to be used in all scenarios, such as print and web, especially when scaled right down as detail will get lost.

Simplicity is key for a few reasons, which include: 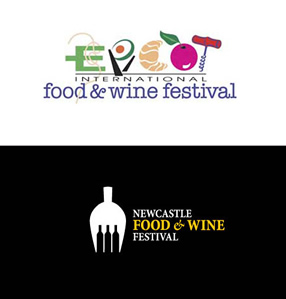 And I still find it desperately difficult to parse as letters.

Newcastle tells it’s story with 1 typeface, 2 colors and gets two visual ideas (fork and bottles) into a single, simple shape.

They didn’t need the whole fork — just the important bits that make it ‘forkish’. We all know what it is instantly.

I think great logos are often what’s left over, after you’ve stripped every other non-crucial element off the page.

Simplicity needn’t mean minimal. But at the same time, it’s a good idea to ensure that all components work well together and there’s not too much going on with color and font clashes.

The LSO logo hints at a conductor and baton.

Somewhat related to the last point, keep in mind that that logos are not diagrams or instructional drawings.

Great logos often suggest a theme, but don’t need to accurately illustrate it.

Likewise, the masthead for Families doesn’t need to carefully illustrate specific parents and children, or even human faces and limbs.

Our brains are designed to scan for human figures in our world. That’s why we see faces in clouds and tree bark and toast — and we intuitively recognize the ‘papa bear, mama bear, baby bear’ scaling of the ‘iIi’ lettering as a small family. Clever.

Try to hit on the ‘essence’ of an object or organization. Can you communicate the image of a bear with only a paw? Or even just a single claw?

These are, of course, just a few of the mistakes that can occur when designing a logo.

It’s important to be creative, but also to keep to the brief, to use color and fonts prudently and avoid stock images. After all, anyone can all get hold of them.

I believe the six most important things to consider when designing a logo are:

1. Know your audience.
2. Get to know the brand persona inside out.
3. Get initial ideas approved and don’t let the client dictate too much (remember, you’re the designer).
4. Keep it simple.
5. Ensure it’s suitable for a variety of mediums.
6. Make it memorable.

Design is, up to a point, subjective.

But doing your research and knowing exactly who your logo is addressing makes it less so.

If you’re thoroughly aware of what they want, even if they don’t know they want it, the more likely you are to get it right.

That of course leads to a happy client, branding that gets customers and a great portfolio for you as a designer.