Every rose has its thorns, the darkest hour is just before the dawn, nothing worth having comes easy …

You get the picture. Success rarely comes without its struggles, a fact that these four entrepreneurs know all too well. 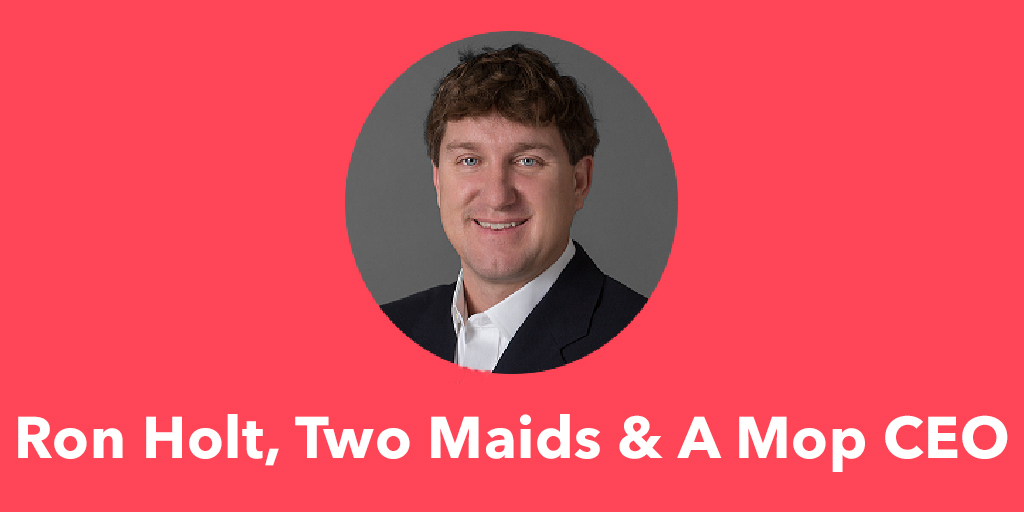 Two Maids & A Mop cleans more than 300 homes per day, and for the past three consecutive years has been recognized by Inc. Magazine as one of the fastest growing cleaning companies in America.

Allow me to describe the scariest moment of my business life.

Two Maids & A Mop opened in Pensacola, FL on April Fools’ Day 2003. It took a full year to receive an actual paycheck from my new business, but the growth became dizzying once the local market started to respect our new type of cleaning service. Business boomed, and we recognized our largest revenue day on September 14, 2004.

Later that night, everything would change.

Around midnight, Hurricane Ivan made landfall just west of Pensacola. Over the next several hours, the storm destroyed everything in its path; from personal property to lives. It was a devastating storm and the aftermath was equally devastating due to the loss of life, property and hope. The economy was crippled and thousands of jobs were lost. At Two Maids & A Mop, we did not reopen our doors for business until two full weeks later. We cleaned two homes that day.

It was a scary moment. I had just spent the past 17 months building a business from scratch. Along the way, I invested my entire life savings in order to rescue the business from its humble beginnings. The business meant everything to me. But was I prepared to do it all over again? Yes, this was definitely a scary moment!

It took another full year to repeat our record revenue day, but we finally rebuilt the business after working extremely hard to reinvent the brand. Today, Two Maids & A Mop is a better company because of Hurricane Ivan. The storm forced me to think hard about my long-term vision. It forced me to reinvent our sales and marketing. And most importantly, it taught me to always be prepared for tomorrow.

Scary moments are a reality for every business owner. For me, I didn’t see my scary moment coming. But, I’m glad it happened because our DNA has been forever changed as a result of Hurricane Ivan. Never forget your company’s long-term vision, and always be ready to fight for your business. 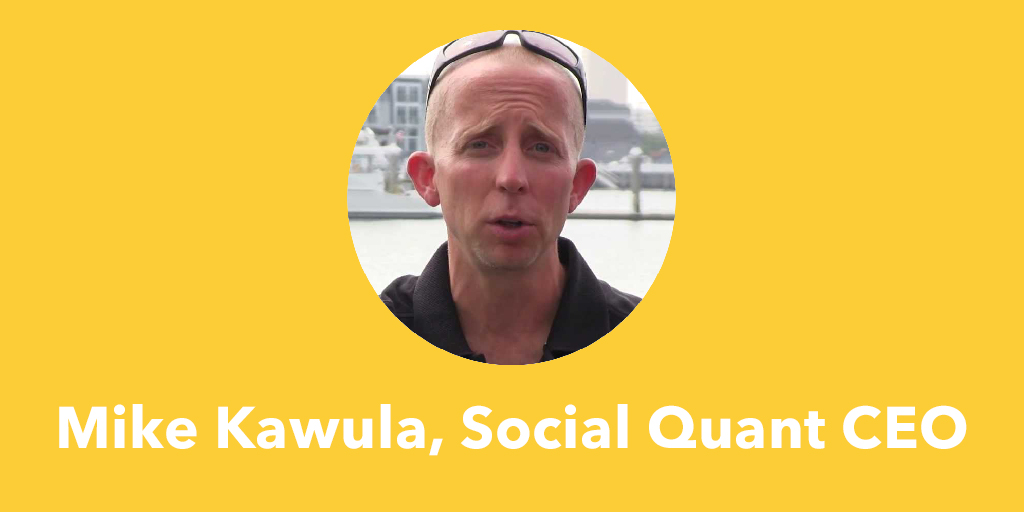 Social Quant is a service that enables companies to maximize their website traffic and relevant follower reach from social media initiatives on Twitter. Mike’s story, however, concerns a previous business.

Okay, maybe they didn’t steal, but they kept my money for two weeks without letting me access it.

I had an online company and we were ROCKING.

We grew so fast that PayPal decided to hold our money and not allow us to transfer it until they reviewed our account to assure we were legit.

I learned afterward that this is a common PayPal action, but being that we were new, we didn’t know.

So what was the problem?

We were floating money. We sold office supplies online and a distributor would drop ship them for us. In turn, they would charge our credit card, which wasn’t due for 30 days.

Well, we waited until the end of the month to transfer, even though the credit card company wanted to get paid right away. Also, we were a new account and had no limit, so they wanted to watch us carefully, seeing as it was 2009 and, well, the economy stunk.

Meanwhile, PayPal wanted us to fax them every invoice we had issued, and wanted them to add up for a certain period. Here’s the thing:

We were selling paper clips and items under $20.

That, my friend, is a lot of invoices.

So that weekend my assistant and I printed out over 10,000 pieces of paper invoices and tried to fax them to PayPal.

The faxes didn’t go through.

This went on for two weeks and my business almost fell apart.

I learned afterward that because of our account size, we should have had a special PayPal rep. Fortunately, things after that were smooth. 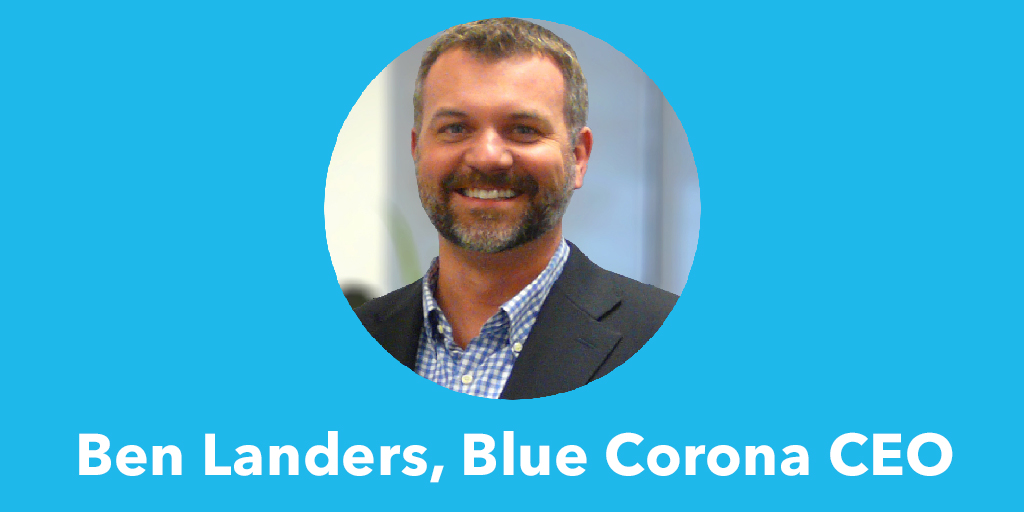 Blue Corona is one of the fastest growing online inboud marketing, SEO and analytics companies in the United States, and has made the Inc. 5000 four times.

The early months of 2009 weren’t much better. I’ll never forget the day our controller walked into my office and said, “If you don’t put $15,000 in our checking account today or tomorrow, we’re not going to make payroll.”

Needless to say, money was tight back then. At the same time, we were actively testing various marketing strategies in order to find one that would produce new clients profitably.

Although we’re an online marketing company, most of our target clients are “old school” (think about it, if they were web savvy, why would they need us?!). I remember at one point we had 1,000 case studies printed and bound. I think it cost something like $8 per case study – which included the printing, binding, and postage. We had mailed about 100 to target prospects and had not received a single response.

With only $20,000 or so left in the bank, I was pretty reluctant to keep sending them (keep in mind that I’d only be saving the cost of the postage). One day, my partner, someone not involved in the business on a day-to-day basis, walked by and asked:

“Why did you stop sending those?”

We did, and the rest is history. Not only did we get a fantastic ROI from direct mailing the case study, but we ended up turning a single, comprehensive case study into a dozen or so blog posts, white papers, and social media shares. Collectively, these content assets have now generated more than $2 million dollars in revenue for Blue Corona. 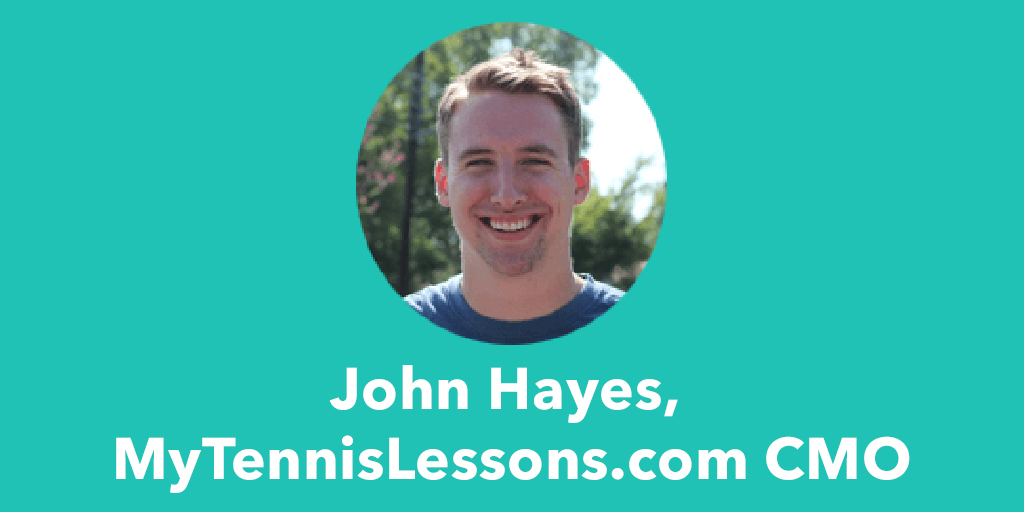 MyTennisLessons.com connects tennis players to over 500 coaches country-wide, and is the largest online marketplace for tennis instruction in the United States.

As an online marketplace that operates in an antiquated niche market, our rankings on search engines, especially Google, are imperative to our overall success.

Our company latched onto SEO early as a major business process we could dominate right away. Not many websites were attempting to optimize for the search terms “tennis lessons”, “tennis coaches” and “tennis classes”, and those that were were black-hat content farms not keeping up with Google updates.

We obtained first page rankings in over 50 metro areas within six months. Then one day, we lost all our rankings.

Almost as if a switch had been flicked, all of our major metros were no longer showing up on the first
page of Google for our relevant search terms. 70 percent of our traffic disappeared almost overnight.

We left no stone unturned in trying to figure out what had caused the rankings to plummet. We figured it had to be one major change, possibly the integration of a lead collection form across a number of our landing pages was affecting bounce rate, usability and time on site.

No matter the issue, we rededicated ourselves to making each page and feature as SEO friendly as possible. Title tags, keyword density, alt tags, url structure and site speed. Slowly but surely our rankings started to come back.

In the end, we’re not completely sure what the cause was (it was probably site speed, considering we lost rankings following our busiest week), but it may have turned out to be a blessing in disguise.

Once the rankings returned, they were better than they were previously because of the dozens of small SEO-centric changes we had made.

Infographic: Are You a Victim of “The Struggle?”Eric Siu