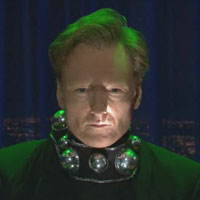 Predicting what will happen over the next year has become an annual game for tech bloggers. It’s fun to try to hazard a guess at what might happen over the next twelve months, then be thoroughly embarrassed at year’s end when all of our predictions turned out wrong. We’ll publish a list of predictions for 2009 later this week. but in this post, let’s take a look at 2008 and see which of our predictions from last year were on target, and which were way off.

My predictions last year were made while at ReadWriteWeb, while SitePoint posted predictions from software developer Brian Suda.

Prediction: Facebook plateaus, and no one cares
What happened: Pretty well off on this one. Facebook has not plateaued at all. In fact, Facebook overtook MySpace globally and is rapidly catching up to its rival in the US. Not only has growth accelerated in recent months, but so has time spent online, where it is closing in on Google.
Verdict: Wrong

Prediction: Open data proliferates, walls come down
What happened: Brian’s prediction about the proliferation of open data standards was optimistic, but perhaps too idealistic. Certainly open data standards have taken a huge leap forward this year with the creation of things like the Open Web Foundation, but most people are still not aware of the issues surrounding data portability and data ownership.
Verdict: Not quite

Prediction: Pull is dead, in favor of push
What happened: To be honest, I’m not really sure how far projects like Instant Syndicating Standards have come over the past year. It could be that push is far more prevalent than it was a year ago (if anyone has any thoughts, please share them in the comments), but it is also certainly the case that pull as a method of data retrieval is going strong — email, RSS, even the Twitter API are all pull.
Verdict: It’s a push (ha!)

Prediction: There will be more nontraditional connected devices
What happened: Like the Kindle, Brian predicted we’d see more non-computer, non-mobile phone devices that are connected to the Internet. Certainly, the Internet is making its way into more and more household devices, such as Blu-ray players, game consoles, and even refrigerators, but I’m not sure activity in that area picked up noticeably in 2008. The lion’s share of non-PC web attention went to the iPhone over the past year.
Verdict: Not quite

Prediction: Ubiquitous connectivity will grow in 2008, but so will offline web apps
What happened: Brian hit the nail on the head with this one. We’ve certainly begun to see more of an adoption of web applications this year. Traffic to Google Docs, Zoho, and Salesforce.com is up over 130% to each site, according to Compete. However, we’ve also seen more development happening with offline data store platforms like Google’s Gears and Adobe’s AIR, and we’ve seen Microsoft start to push the idea of software + services very hard. Yahoo! engineers even talked about desktop web applications as the future. The cloud will go down, so offline support remains important.
Verdict: Spot on

Prediction: In 2008, we’ll begin to see a wider acceptance of applications presented as services
What happened: See the last item on this list — we’ve definitely started to see that shift. Google is building a Web OS, and Microsoft is even bringing Office online as a web app.
Verdict: Spot on

Prediction: Home computer hardware kits will be commercially available
What happened: Building your own computer has generally only been something that the geekiest among us have endeavored to do, but Brian predicted that by the end of this year, it would be more commonplace, with kits available at big box stores. If they are available, though, most people still aren’t buying them, opting instead to purchase pre-assembled computers from Dell, HP, and Apple, as in the past.
Verdict: Wrong

Prediction: Two-dimensional barcodes proliferate
What happened: Well, they’re certainly popping up more and more, especially in Asia. But they’re far from the norm (at least, where I live in the US, they’re still the exception to the rule). As cell phone cameras become more accurate and more common, though, Brian’s prediction might start to look better.
Verdict: Not quite

Prediction: Geographically based search makes an appearance
What happened: Until very recently, this prediction was looking like one that had missed the mark. But the iPhone application platform changed that. Geo-based search is still very much in its infancy, but apps that use your location as a guide when, say, searching for a place to eat certainly exist now. How popular or useful they are is another story.
Verdict: Sort of right

And now my predictions:

Prediction: Tumblr will be acquired
What happened: As I recall, I mostly made this prediction as a joke because fellow RWW blogger Marshall Kirkpatrick had already guessed that Twitter would be acquired. In any case, we were both wrong — neither company has been sold.
Verdict: Wrong

Prediction: Privacy will be a growing concern in the mainstream, but ultimately, things won’t change
What happened: Privacy has indeed become a bigger issue for many mainstream users, especially following well publicized privacy gaffes like Facebook’s Beacon debacle at the end of 2007. However, most companies haven’t changed policies drastically in 2008, and most users haven’t seemed to care. Hey, 61% of users use the same password for everything, so privacy can’t be a huge deal, right?
Verdict: Not quite

Prediction: OpenID will be adopted by more startups and larger web companies, but the mainstream still won’t use it
What happened: OpenID found partners this year in Google, Yahoo!, and Microsoft, but most people are still unaware of what it is. Yahoo! published a study October that concluded that mainstream users were mostly unaware of OpenID or how to use it. With the big three web companies on board, a huge number of people now actually have OpenID accounts and don’t even know it.
Verdict: Spot on

Prediction: Mobile web usage will be a big story in 2008
What happened: Due to the iPhone becoming one of the best-selling smartphones of 2008 (it is now the smartphone leader in the US), the mobile web has indeed been a big story. It hasn’t quite become as ubiquitous in the Western world as it is elsewhere around the globe (like Asia), but the iPhone has made the mobile web much more enjoyable to use and more and more people are seeing the possibilities of having the web in your pocket.
Verdict: Sort of right

Prediction: Mainstream media coverage will be a catalyst for the adoption of Web Office apps by consumers; and Microsoft will eventually be forced to change their Web Office strategy and offer a fully online office suite (but that latter won’t happen in 2008)
What happened: Well, as discussed above, web applications did indeed enjoy almost across the board growth in 2008. Mainstream use is probably still lagging, but Microsoft is indeed planning to bring Office online starting next year. That very well could be the catalyst necessary to make Software as a Service the norm among mainstream users.
Verdict: Sort of right

If you made predictions for 2008, let us know how accurate you were in the comments. Stay on the look out for our 2009 predictions later this week.

10 Web Predictions for 2015: The Results!Craig Buckler

10 Web Predictions for 2014: The Results!Craig Buckler