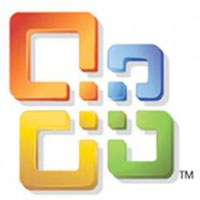 There have been rumors of a Microsoft web office suite since 2006, when Google released its web-based office application suite, Docs. Generally, rumors have surrounded the possibility of an ad supported, rich Internet application version of Microsoft’s slimmer Works product suite. None of those whispers have come to anything, though, and Microsoft’s web office strategy has become increasingly muddled.

There is Office Online, where users can download templates for Microsoft Office products, there is Office Live Workspace, where users can store and share files, there is Office Live Small Business, where small businesses can create a web presence, and there are Groove and SharePoint, consumer and enterprise products (respectively) that allow users to collaborate using Microsoft products. None of those, however, is an online office suite that is made to specifically compete with Google Docs.

Today in Los Angeles at Microsoft’s annual Professional Developers Conference all that changed, however. Microsoft announced that it will offer Word, Excel, PowerPoint, and OneNote — the components of the Student and Teacher version of Office — as web applications. The company describes the coming web office suite as a “lightweight” version of their current Office lineup that will compliment the desktop versions and fit into their vision of software + services. 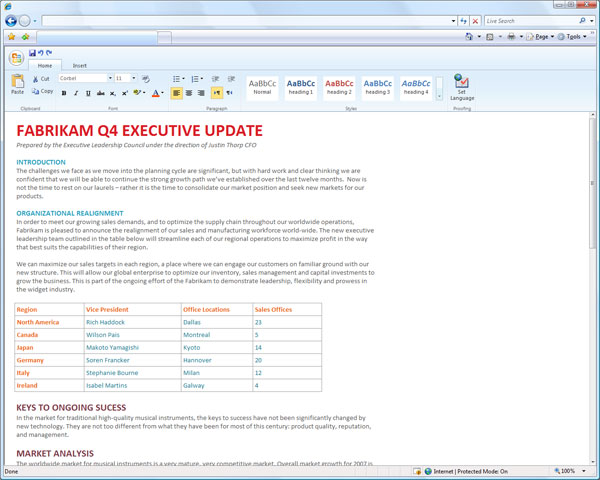 For consumers, web apps will be delivered via Office Live, said Microsoft Business Division SVP Chris Capossela, who hinted that there would be both free ad-supported and paid versions. For business users, Office web applications will be delivered as a hosted subscription service.

The web apps will have an interface similar to the newer 2007 Windows version of Office, with a variation on the “ribbon” navigation schema. Screenshots that were released this morning of Office running in the browser indicate an almost identical user experience. The application will supposedly be cross platform, and will work in IE, Firefox, and Safari. An unverified comment on a post at ReadWriteWeb indicates that the online versions will be created using “100% HTML+AJAX” rather than Silverlight. We’d assume the back end will be .NET.

Microsoft is expected to release a limited technology preview of the new online version of Office later this year. 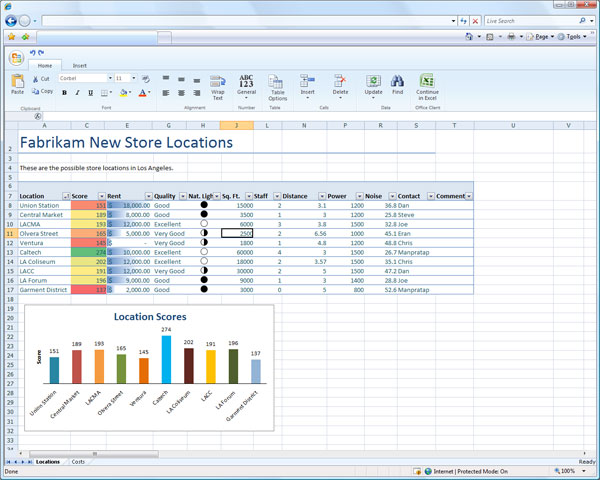 We just recently reported that the real threat to Microsoft Office may come from open source OpenOffice.org, which is a desktop alternative, rather than Google Docs. The key takeaway is that most users aren’t ready for a full web based suite. However, Microsoft is clearly feeling pressure from both sides, and Google Docs is getting better every day. It makes sense for Microsoft to finally act and start pushing out web-based versions of their most popular products. Software may take years to migrate fully to the SaaS model, but that is clearly where the winds are blowing.

PDC has marked a major sea change for Microsoft. With the announcement yesterday of Windows Azure, the Microsoft cloud computing platform, and with the announcement of a web-based version of Office today, Microsoft has clearly transitioned to the Ray Ozzie era, where competing online is the number one priority. The future at Microsoft is clearly the software + services vision.