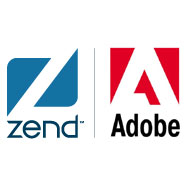 Adobe and Zend announced a partnership today to more closely integrate Zend’s PHP framework with Adobe’s Flex. The goal is to make it easier for developers to create enterprise-ready rich Internet applications by leveraging Zend’s PHP technologies on the server side, and Adobe Flex on the client end.

The first integration point between the two companies will be the delivery of an Action Messaging Format component for the Zend framework. AMF is a messaging protocol that allows Flash and Flex based client applications to exchange data and rich media with servers. Adobe published the binary data protocol specification for AMF last December and vowed at the time to make the protocol available on all server platforms.

Adobe initially proposed an AMF component for the Zend Framework in July, but is now formally announcing a relationship with Zend to make it happen.

In addition, the companies plan to more closely integrate their respective development environments, the Zend Studio and Flex Builder, both of which are based on the open source Eclipse platform.

Note: To learn more about developing with Flex and PHP, be sure to check out the SitePoint tutorial series “Build A Web 2.0 Voting Widget With Flex” (Part I and Part II).