User style sheets — CSS files that sit on the user’s desktop machine and override a site’s original styles — have been around for a long time. Personally, though, I’ve never really seen the benefit.

Sure, from an accessibility perspective, I concede that the ability to restore underlines to links, bump up the font size, or improve the contrast of a site would come in handy for someone with a vision impairment (or a low tolerance for offensive colour combinations). But there’s never been any real incentive for me to spend time changing the design of someone else’s site, especially when:

Power to the User

In 2007, finally, it seems that times are a-changin’. Well, not in IE, they’re not — point number 3 above still stands (and as far as I’m aware, there aren’t any add-ons to enable this functionality). But if you use any of the other major browsers (Firefox, Opera, Safari) there are some recent developments that make installation and management of user style sheets easier than ever:

And of course (I’m pre-empting brothercake and charmedlover here), there are browsers like Opera that have permitted per-site user style sheets as a core feature for years.

So we’ve addressed points 1 and 2 above. And I mentioned that we’re stuck with point 3. But what of point 4 — having to redo all of your work should the site’s developers decide to change their page structure? Let’s look at that issue through a case study.

Designer Jon Hicks recently chose to give the popular Google Reader, a web application for reading feeds, a visual makeover. This was an excellent choice of site to author a user style sheet for, given that: 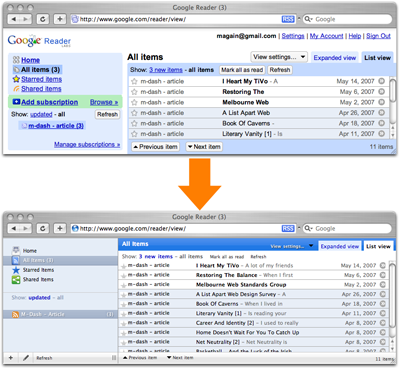 Hicks’s redesign is subtle, reflecting his desire to style Google Reader to “look more like an OS X application” than to completely gut the original layout. As you can see in the screenshot below, some of the text links have been tastefully styled as icons, and the result is a cleaner, more polished-looking version of the same web application. 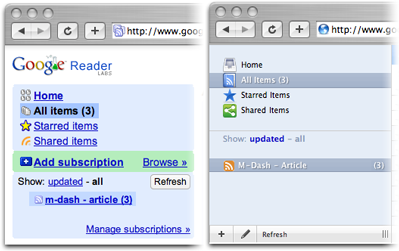 While there is still the possibility that Google could change the markup and render this user style sheet useless, at least one of the Google engineers knows that it is in Google’s best interest not to, based on his response to Hicks’s announcement of an update to the skin. A community is building around skinning Google Reader and other high-profile sites, and members of that community are the site’s most loyal users.

Your Markup is an API

With all the hype about APIs and mash-ups, it’s easy to forget that your HTML is also an API, and your users are experimenting with it right now.

With user style sheets providing custom visual representations of your site and Greasemonkey scripts allowing for customised behaviour, now more than ever is a good time to remember that separating your content, presentation and behavior can result in your users doing more with your application than you ever dreamed. 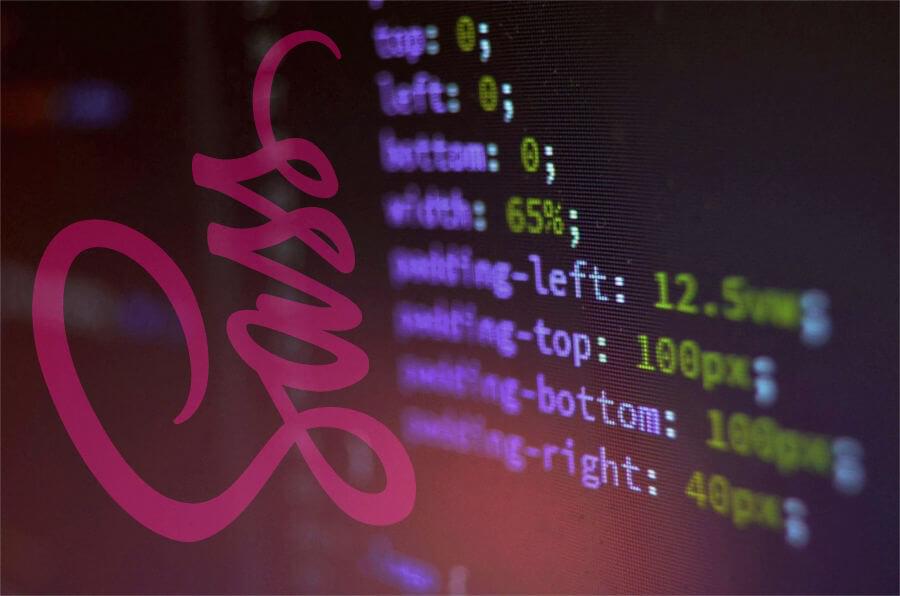 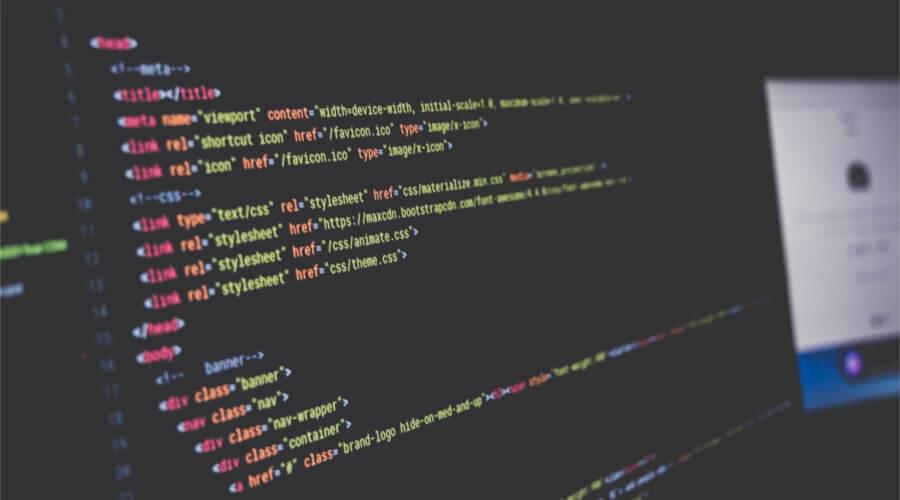