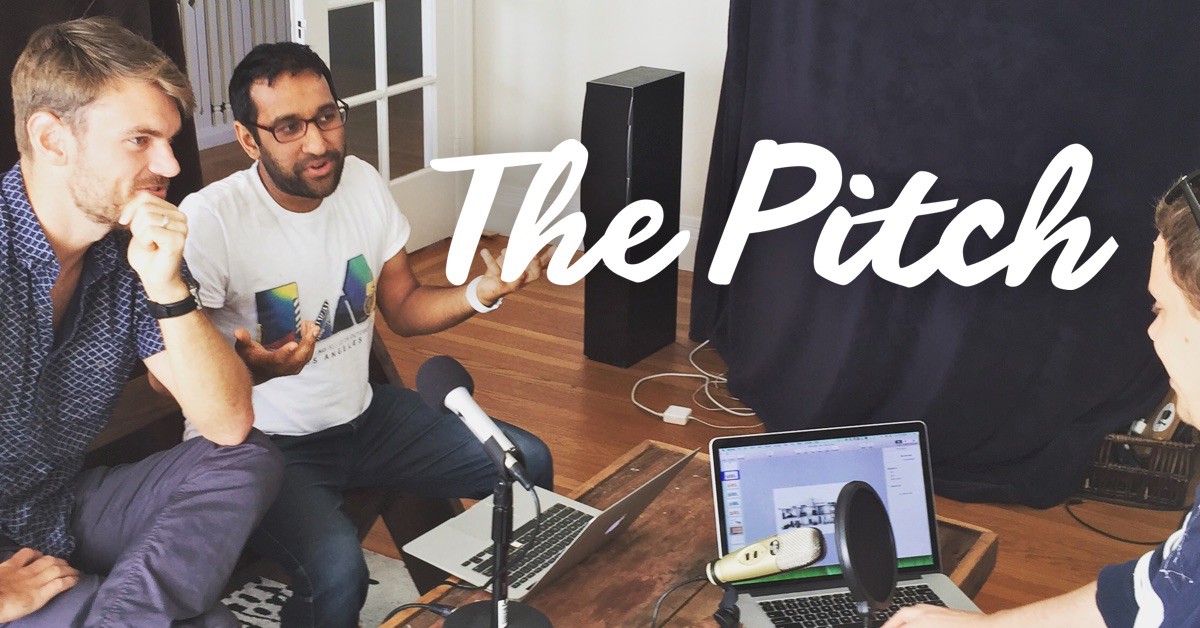 The moment when it’s 3 a.m., and you’re so energized by your idea that you can’t sleep. The 15 minutes you spend just pacing and imagining a future when your vision is a reality, when life is better, your goals accomplished, the naysayers silenced.

Then reality sets in.

You wake up. You force yourself to come back to reality, and stop daydreaming.

You’re halfway through step one then comes 99 more arduous steps – even more challenging than the first. Each of which could take months, if not years to complete.

You’re definitely back to reality.

The Struggle is Real

I don’t know about you, but I have these daydreams all the time.

Currently, I’m working on something I’m passionate about so I can tend to be overly optimistic about the future at times.

I’ll often put off other work because I’m stuck in another daydream. It’s a lot easier to think about where I’ll be in 10 years then to do today what it takes to actually get there.

I graduate from college with a degree in business finance then I get my first job in accounting, which I hate, so I’m thrilled when the fledgling, and now defunct, company laid me off one year later.

At the time, my wife and I were expecting our first child while I simultaneously set out to build my first business, which was in the ecommerce and electronics repair industry.

We were extremely fortunate that it took off immediately.

We hired our first employee three months in. Things just took off from there. It was almost easy.

It’s 2014, and I’m getting burned out in an industry I’ve come to despise.

I don’t enjoy the customers, and I begin to avoid the office, opting to manage operations remotely.

I was that guy in Starbucks you wonder: “What does this guy do everyday?”

Finally, I accepted that it was time to move onto something I actually enjoyed doing so we sold our business in October 2014 with no idea what would come next.

I was back where I started three years prior, but with two kids this time, a house payment and two cars in the garage, and no steady income.

At first, I wanted to build a WordPress hosting company (as if the world needs another one of those).

Then I wanted to fix email.

I even considered launching a retail coffee company.

None of those seemed to be the right idea though. You know the idea that you just can’t quit?

So while I floundered around in search of the right thing, I began consulting with startups that needed help with their digital advertising budgets.

I couldn’t be picky though, I needed to be logical and feed my family… Or move to Costa Rica and live on less.

Then in February, I did something ridiculous. Because of a random dream, I decided to start a daily podcast all about Product Hunt, called Daily Hunt.

The Product Hunt community loved it, but the niche was super small. I was working my ass off and getting nowhere.

I was juggling this new niche show, the workload from my consulting clients, and time spent with my family.

At least once a week my wife and I had a conversation that went like this:

Me: “Is this really the thing? Daily Hunt isn’t taking off, but it seems like I’m building good relationships. Should I keep going?”

Wife: “Yes, until we find what’s next you should keep going.”

Others were excited about it. We planned the perfect launch with the newfound knowledge gained through 55 episodes of Daily Hunt. And then we absolutely killed it.

We launched The Pitch with about as much success as I’ve ever seen for a podcast launch.

Today, we’re still killing it, but we aren’t there yet.

A podcast makes money from advertisers and sponsorships, which is really tough, especially when you’re not Roman Mars, Sarah Koenig or Alex Blumberg.

I don’t have a public radio background, and so I really don’t know what the hell I’m doing.

The perception everyone has of our show is that we’re rockstars. That we’re owning the startup podcast space. But even then, it’s actually really hard.

We are a distributed team, which is fine, but often it’s lonely.

Sheel, my co-founder, has other companies he spends his time on, and I do most of the grunt work, even though I’m still making money consulting. So to some people, I’m not really committed to my startup. (Thanks a lot, Paul Graham.)

The ironic part is our show is all about helping early-stage startups get funding, but we haven’t sought funding ourselves (because we haven’t figured out how we are going to become profitable).

Critics say: “Are you even a startup? Aren’t you just a podcast?”

To which I want to respond: “You naive jerk. Shut the hell up, and go work on your own startup instead of being another troll on the Internet”.

But I keep my mouth shut.

I don’t normally write or talk like this but that doesn’t mean I don’t feel like this most of the time. It’s a daily struggle, holding on to my vision of the future and realizing that I won’t know if this is successful or not until I give it enough time to grow.

Overnight success isn’t going to come overnight… Or at least that’s what I tell myself.

So I’ll keep plugging away and acting endlessly optimistic on Twitter.

Let me know what you think in the comments. Can you relate to the struggle?

Founder and host of The Pitch. I live in Sarasota, FL and help startup founders with their pitch. I enjoy skiing and cold brew.

Infographic: Are You a Victim of “The Struggle?”Eric Siu