This article was sponsored by Crowdsearch. Thank you for supporting the sponsors who make SitePoint possible.

I love what Guy Kawasaki said in his baccalaureate speech to the 1995 graduating class at Palo Alto High School. No, I wasn’t there, but thanks to the Internet, we can time-travel back and gain from his insight.

In what later became his 10 Commandments of Innovation, point #8 of his speech— “Challenge the Known and Embrace the Unknown”—speaks to the future of SEO.

Let me tell you a short story about ice. In the late 1800s there was a thriving ice industry in the Northeast. Companies would cut blocks of ice from frozen lakes and ponds and sell them around the world. The largest single shipment was 200 tons that was shipped to India. 100 tons got there unmelted, but this was enough to make a profit.

These ice harvesters, however, were put out of business by companies that invented mechanical ice makers. It was no longer necessary to cut and ship ice because companies could make it in any city during any season.

These ice makers, however, were put out of business by refrigerator companies. If it was convenient to make ice at a manufacturing plant, imagine how much better it was to make ice and create cold storage in everyone’s home.

You would think that the ice harvesters would see the advantages of ice making and adopt this technology. However, all they could think about was the known: better saws, better storage, better transportation.

Then you would think that the ice makers would see the advantages of refrigerators and adopt this technology. The truth is that the ice harvesters couldn’t embrace the unknown and jump their curve to the next curve.

Challenge the known and embrace the unknown, or you’ll be like the ice harvester and ice makers.

Is SEO “Evolving” or Being Disrupted?

“SEO isn’t dead; it’s just evolving.” So say the multitude of SEOs and Internet marketers. (Heck, I’ve said it myself.) But perhaps it’s neither dead nor evolving.

Case in point. Google’s Hummingbird “update” wasn’t an update at all. It was a fundamental change in how their algorithm processes information. It’s the first step towards Google becoming an answer engine instead of a search engine. Sounds more like disruption than evolution.

Think about it. Every person who types a phrase in Google’s search box is looking for an answer to a question or a problem. For example, earlier today I typed do i need to cover my air conditioner in the winter. That’s because mine died and after spending too much money on a new one, I want to be sure I take care of it. (BTW, the answer is “no.” Question answered, problem solved.)

Voice search applications like Siri and Google Now are making conversational queries more common. It’s teaching us to ask questions rather than type a string of keywords.

And search engines are continually adapting to encourage these new habits. For instance, did you know that a simple setting in Google Chrome enables hands-free, desktop voice search?

Natural language processing (NLP) is the ability of a computer program to understand human speech as it is spoken. NLP is a field of artificial intelligence and linguistics concerned with the interactions between computers and human natural languages. As such, it will be the driving force behind the advancement of semantic search.

Semantic search is rooted in semantics, a sub-discipline of linguistics that studies the relationships between words and how we construct meaning. Semantic search attempts to understand the meaning of the query and searcher’s intent.

Was this Google’s purpose behind Hummingbird, artificial intelligence?

The Google founders have long been interested in AI. One venture capitalist said that every time he discusses the future with Google CEO Larry Page, Larry argues that Google will eventually become an artificial intelligence. Indeed, Larry and co-founder Sergey Brin have both said that their ultimate aim is for Google Search to become AI-complete. That is, the machine will be just as intelligent as a human. – www.artificialbrains.com/google

Is Google Is Disrupting Its Own System?

Whether it was TOS or TNG, most of us grew up watching Kirk or Picard ask questions to the ship’s computer. But as Scotty found out in Star Trek IV, 20th century computers lack that sophistication. So in the early days, all search engines could do was rank sites based on its keywords. But SEOs soon learned how to stuff and hide keywords to manipulate those rankings.

Google founders Larry and Sergey knew it was a flawed system. So they developed the concept that inbound links were a “vote” and based its ranking criteria largely on the number of them you had “earned.”

Still, SEOs managed to game the system with links farms and their ilk. Google’s Penguin update dealt with excessive link building and over-optimizing. In spite of this, Google can’t tell the difference between an earned link and a manipulated link.

It should be possible for a business to exist without constantly churning out “content.” If the business offers something that people want or need, people should be able to use a well-made search engine to find that business, without having to indirectly happen upon their great content first.

That “well-made search engine” may be one that thinks more like you and me—one that’s link and keyword agnostic.

From Search Engine to Answer Engine

Type email deployment in Google and you get results for email marketing. (Notice that none of the sites on the results page even contain the word “deployment.”) That’s because Google understands that they mean the same.

This illustrates how Google will ignore keywords in favor of the meaning behind them—and it’s disrupting SEO as we know it:

When Google scans your site for information, it no longer pulls out the keyword phrases it thinks are relevant and pairs them to user queries. Instead, there’s an intermediary step. Google interprets the data on your website, and begins to form its own conclusions about what your site and your business really deliver. If that seems a little spooky to you, you aren’t alone — Google is becoming exceptionally sophisticated.

Don’t misunderstand. Keywords and inbound links will always be important, but only within the larger context of user intent. As Google moves from a search engine to an answer engine, structured data, schema and semantic markup will become more crucial to online success. Here’s why.

In the early days of the web, content writers had to choose between writing for humans and writing for search engines. This led to stuffing paragraphs so full of keywords that it bordered on ridiculous, causing Google to penalize sites that practiced it.

Today, content writers can focus on writing for people and developers can annotate that content with standardized semantic markup that machines understand.

As predicted, mobile Internet usage surpassed desktop usage earlier this year, making a mobile website a necessity not a luxury. But this is only the first of many Internet-enabled devices.

The Internet of Things has introduced wearable tech, smart TVs and Internet enabled cars that may soon drive themselves. Semantic markup assures your site is future-proof for these devices:

Skillset of the Next Generation of SEOs

SEO is undergoing what web design went through in the early 2000s. Up to then, it was easy to be a one-man show. Having a graphic design background and being a decent writer let me create static websites for my small business clients.

But then search took off, websites grew beyond brochureware, and I needed to partner with an SEO and a programmer. Likewise, SEO fragmenting into specialized skillsets:

The new SEO will require a deep understanding of the needs and intent of the visitor. So design, UX and conversion rate optimization will be necessary pieces of that pie.

Content marketing and social media will continue to become integrated with SEO, also requiring that you understand your visitors’ needs and intent.

This analyzes the effectiveness of everything above. Slow site, poor design and irrelevant content all affect whether people convert or not.

User metrics like SERP click-through rate (CTR) and dwell time are key performance indicators that will need to be monitored closely. The Analytical SEO must be a master at figuring out why visitors aren’t converting and fixing it.

Will You Make It?

The good new is SEO is starting to look a lot more like marketing—specifically, direct marketing—which has always been about creating an inviting design with compelling copy (content), then figuring out why people aren’t buying and fixing it.

This means the future SEO must be well rounded or learn to collaborate with people of different skillsets. Which begs the question: Can one person master everything that’s becoming a part of SEO? Or is the new SEO a generalist who manages a team of specialists?

The ice industry changed over the course of 100 years, yet ice harvesters and ice makers still weren’t able to jump to the next curve and adapt. Will today’s SEOs embrace the unknown? Or will a new breed of SEOs rise up to replace them?

Only time will tell. Meanwhile, we still have our opinions. Post yours below.

This article was sponsored by Crowdsearch. For a sneak preview of the product, click here. 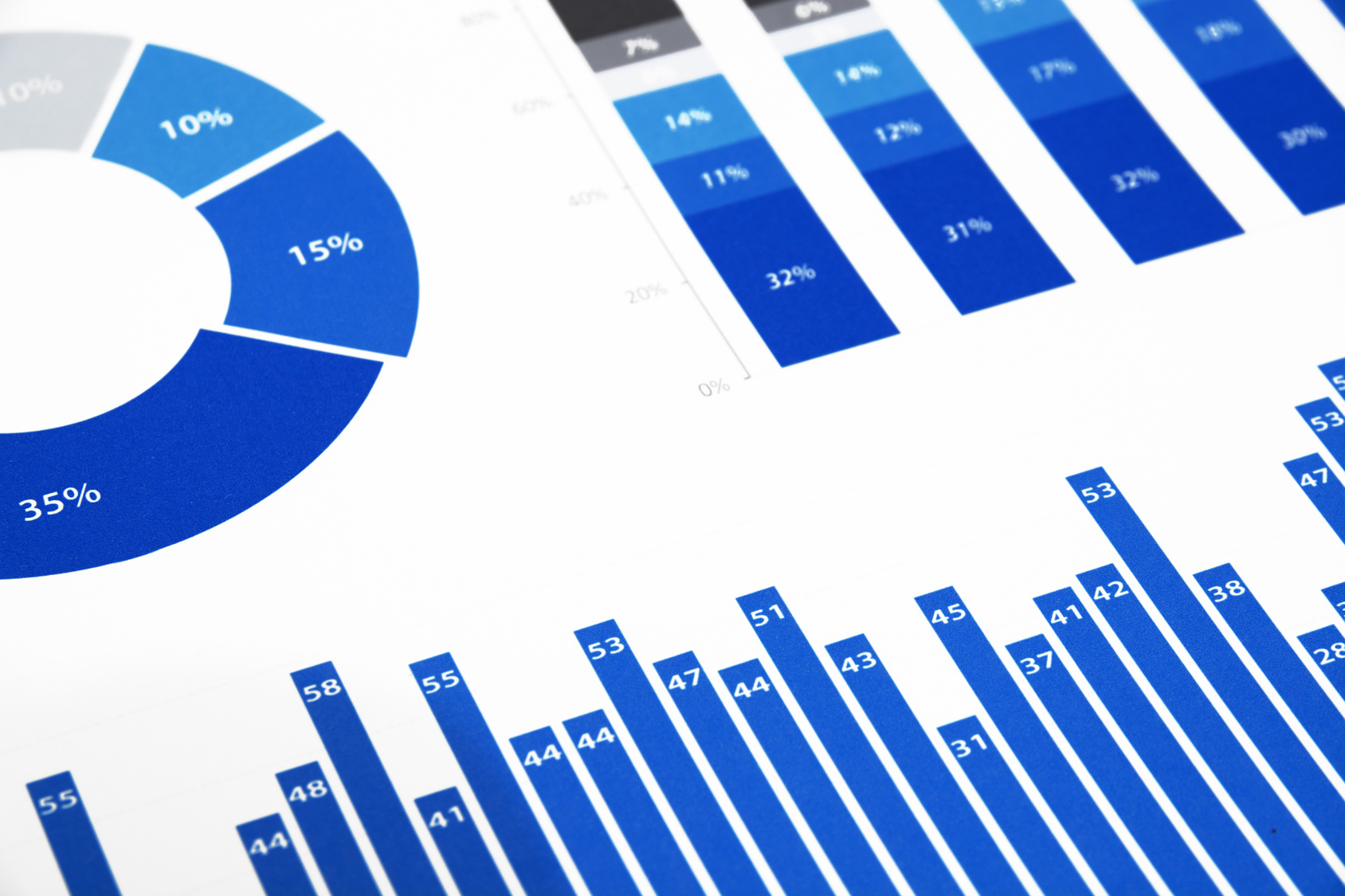 6 SEO Trends to Watch for in 2016Taulant Spahiu

What Should You Expect from your SEO Consultant? Part 2John Tabita

How to Explain SEO to a Sixth GraderJohn Tabita