Today I hosted a really interesting Talk with the Experts session. The subject was the responsive front-end framework Foundation and our experts were designer Alex Walker and front-end developer Simon Taggart (both of whom used Foundation to build this very site). Earlier this week we released a video titled Bootstrap or Foundation? and offered the chat this morning as a way for people to follow up if they had questions.

A few resources came out of the hour and I have listed them below.

We have one more session for the year before we close for the holidays. It is Shooting and Editing Video with Kyle Vermeulen and will kick off at 12:30pm PST on Tues 3rd Dec. You can find out what time it will be at your place here.

For those of you that are interested in what went down this morning, here is the transcript:

Talk AngularJS with the Experts – The TranscriptSarah Hawk 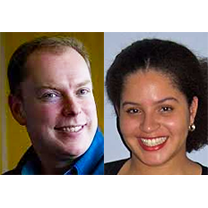