Cryptocurrencies such as Bitcoin, Litecoin and Dogecoin have been one of the most controversial topics in recent times. However, despite being popular in the media, few professionals fully understand the mechanics of these systems. Fortunately, when viewed at a high level, the concepts are simple to understand for almost any business owner.

A Brief Overview of Bitcoin Mechanics 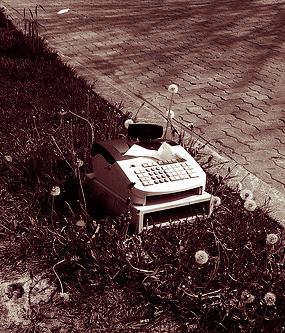 Thanks to haven’t the slightest for the photo.

Cryptocurrency has an extensive history that dates back to before Bitcoin made its debut in 2007, however the focus here is on Bitcoin due to it being the dominant cryptocurrency in the digital world. Unlike traditional currencies that are backed by governments or gold, Bitcoin is entirely independent of government involvement. Rather than being stored in banks, Bitcoin transfers occur entirely from person to person resulting in much lower transaction fees than traditional systems. Transaction fees are optional on the Bitcoin network, although if a user chooses to pay, the amount is almost negligible.

The Bitcoin algorithm is set to only allow 20 million Bitcoins to be created. As a way to keep the value of Bitcoin at acceptable levels, Bitcoins have to be “mined” in order to be added to the general pool. Mining simply involves having a computer run a Bitcoin client to solve complex math problems. Bitcoins are awarded to the user who is first to solve the equations. While the logistics of Bitcoin are quite extensive, one thing you need to remember is that governments tend to frown on Bitcoin as it’s completely decentralized.

The Disadvantages of Bitcoin

Bitcoin is a fairly new currency, and there are a few reasons why you shouldn’t replace your native currency just yet.

In almost every major country, the taxation rules of Bitcoin have yet to be written and in some cases where rules exist, they tend to penalize Bitcoin holders. Some nations such as Norway and China have banned Bitcoin entirely. As Bitcoin falls primarily under financial scrutiny you should check with your country’s tax authority or tax professional to ensure that accepting Bitcoin as payment is going to be beneficial for your business.

Since traditional banks will not touch Bitcoin due to it being a major competitor, Bitcoin users have been forced to store their wealth in a digital wallets (the virtual equivalent of stashing it under a mattress), or in a third-party entity. Unfortunately, storing money in a local wallet often is risky since malware can be used to steal a user’s Bitcoins, or if the file is corrupted or lost, they are lost for good.

Cloud based wallets emerged as a way to provide portability and piece of mind to users, however in the absence of regulations to keep these exchanges accountable, storing Bitcoin within these exchanges is a recipe for disaster. The recent collapse of Mt. Gox, formerly the largest Bitcoin exchange in the world illustrates the significant risks when it comes to using any cryptocurrency.

Since Bitcoin has yet to achieve mass adoption, chances are that once you get paid by a client in Bitcoin, you’ll want to convert it to your native currency. Unfortunately, unlike traditional currencies which typically fluctuate by 0.5% to 1.0%, Bitcoin has a volatility rating of 7.63% (at latest estimate). According to the Bitcoin Volatility Index, volatility ratings of 8%-15% are far from a rarity.

The many reasons for these swings are beyond the scope of this article, but in a nutshell they revolve around the fact Bitcoin is only used by a small amount of individuals.

The Advantages of Bitcoin

Despite the numerous disadvantages of Bitcoin, if you’re doing business with countries where the currency is unstable, or if you’re looking to save money on transaction fees, then Bitcoin can be a practical alternative to your native currency if done properly. For professionals involved in businesses where chargebacks are a concern, you’ll be happy to know that Bitcoin doesn’t allow for such actions.

Since Bitcoin goes directly from person to person, once it goes to the merchant, the customer has no protections, similar to cash.

The best way to minimize risk when it comes to accepting Bitcoin is to use a payment gateway specifically built to adjust pricing based on the current exchange rate of Bitcoin against your native currency. While there are many solutions on the market, Bitpay is one of the leading platforms available to businesses.

Keep in mind that depending on your country, you may face tax implications which is why you should consult an expert to make sure this method is safe for your business.

Probably Not the Best for Now

Today, cryptocurrency is in its infancy making it a less than ideal solution for the day to day operations of your business. Although you shouldn’t switch from your existing payment systems just yet, as time goes on, adopting cryptocurrenies can be a great way to save on transaction costs while also protecting yourself against payment disputes.