Continuing the News You May Have Missed tradition, we’re once again aggregating the latest web development related news that may have flown under your radar. We’ll be changing the title format slightly, though, to accommodate information that isn’t strictly news, but very few people know about nonetheless. We’ll also be publishing these types of posts exclusively on Sundays, as light reading that contains at least a bit of information for everyone.

Drupalfund.us is a Drupal development crowdfunding website that has, apparently, existed for over six months. While the exposure may not be great for now, it might explode with the release of Drupal 8, which we’ve covered to some degree already. To be honest, looking at the number and funding level of various projects so far, I believe the site would have fared better without restricting itself to Drupal specifically and instead opting to go for PHP in general, but maybe specificity is exactly what will, in due time, make it outshine others.

Currently, only two projects are looking for funding and both seem DOA, but rather recently a well known module called d8rules was funded with $16,000. Yes, that’s sixteen thousand dollars, not a typo.

If you’ve got a Drupal project in mind, go ahead and give it a go. Make production open source, write about it actively and get in touch, and we might just help you promote it through in-depth tutorials about what you’re doing. Sound tempting enough?

A lot of Ds! We’re having a rather Drupal-heavy month here at SitePoint, and Danny’s latest article series on Drupal 8 module development seems to have stirred up some engaging discussion in the comments. If you’d like to tune in with your own perceived pros and cons of the Drupal world, jump right in! 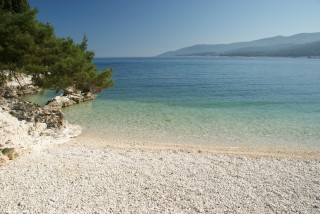 We introduced PHP Summer Camp yesterday, and we’re taking this opportunity to re-mention the fact that they’ve got some epic experts hosting the workshops during all three days, and that there’s an early bird pricing if you buy a ticket until the end of June. Come soak in the Adriatic sea while you absorb practical new PHP skills. For all information, check their website.

New Zealand is hosting their own PHP Conference, too.

[…] conference promises to be one of the most important IT events in the region and will feature renown presenters, along with other expert speakers, presenting two concurrent tracks including over 22 talks exploring PHP trends and other topics to both inspire and challenge you.

Among others, Rasmus Lerdorf himself, the father of PHP, will be opening the conference with a talk titled “Coding and Dreaming – PHP in 2014” on the morning of August 28th. Alongside talks, the conference also hosts workshops which, while mostly PHP oriented, also for some reason include an AngularJS one.

The conference is taking place on Pipitea Campus in the heart of Wellington’s legal, government and business district. See how to get there on their venue page. Like PHP Summer Camp in Croatia, the NZ conference also has an early bird special price on tickets purchased until June 30th, so hurry up and grab’em before it’s too late! Go get yourself some of that Middle Earth PHP!

PHPStorm’s newest EAP is out. We’ve already done a cover of PHPStorm’s upcoming features not so long ago, but as usual, JetBrains keeps churning them out so fast we can’t keep up. We’ll be updating the original New Features post with details about this latest update soon, but in the meanwhile, you can read their release blog if you’re impatient. 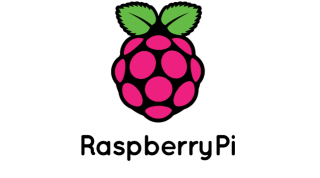 Did you know a Raspberry Pi running Raspbian could run PHP and Nginx? I was pleasantly surprised when I found this site which detailed the procedure (spoiler alert: it’s brutally simple and almost identical to the process of installing the set on a regular Linux OS). Care to get something more complex up and running on it? Let us know and we’ll carve it into a good tutorial. Resource management is key, so show us how far you can take the Pi without it breaking!

OS X Yosemite was released in beta form and will now support PHP 5.5 and Apache 2.4 out of the box. OS X has always had PHP and Apache pre-installed, but with a version as modern as 5.5, at least it’s no longer more than a decade behind the times. This new default PHP version will let you use the latest PHP features for one-off CLI apps or demo pages you need to quickly put together, without having to bother with virtual machines. I still recommend you do proper development exclusively in a dedicated Vagrant box – leave the default setup as it is, without polluting your host machine with additional runtimes and software.

Three Devs and a Maybe

If you’re not following 3daam yet, you definitely should. Great for giving them a listen during your morning jogs or meditation runs and always relevant and up to date. This time, they hosted Phil Sturgeon and talked about PHP The Right Way, Drupal, fire-based PHP projects (PyroCMS, CodeIgniter, FuelPHP), and much more. Check out previous podcasts, too, including one in which they talk about the PHPNG confusion. 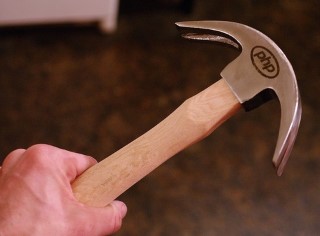 A while back, Ben Edmunds used a sarcastic Medium post to talk about the “horror” of PHP in an effort to promote his book. More recently, another new defensive post from Grant Lovell popped up, neatly summarizing where we’ve been, what we’re doing, and where we’re heading. PHP evolving into a high quality language worthy of its competition is no longer up for debate – the situation is looking brighter every day. Now all we have to do is convince the naysayers to give it another go as soon as 5.6 is released. 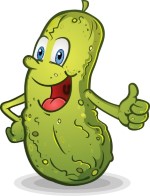 An interesting new suggestion for PHP extension management was posted by Pierre Joye. In a nutshell, it would be an extension manager similar to Composer, but which would aim to replace the faulty, outdated and no longer used PEAR/PECL installer. Among the most highly regarded features of this new extension manager would be cross-platform support (identical installation procedure on every platform) and composer compatibility.

The RFC is still in its infancy and might never happen, but it’s an interesting prospect and many would love to see it happen.

Did we miss anything? Let me know in the comments below and include relevant links, I’ll be sure to take a look and include any new information throughout the rest of this week!