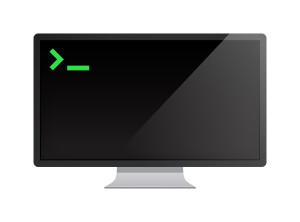 So you’ve written this amazing library, but something is missing… a command line interface! Ruby is perfect for this type of thing. While there is the basic ARGV approach, there are some great RubyGems that help with creating command line interfaces (CLIs) with ease. In this article, we’ll take a look at several Ruby CLI gems.

ARGV is a built-in array in Ruby for parsing command line arguments. For example, ARGV[0] returns the first argument passed to the Ruby script. For dirt-simple argument parsing, you could try something like this:

A very simple example, but quite powerful. The only issue with this type of argument reading is error handling. Specifically when a required argument is not given. This is easily fixed though using simple Ruby (see Array docs and ARGV docs). I won’t get too in depth with ARGV, but you can see the possibilities. Just remember that ARGV is just an array, so you should treat as such when reading arguments and options.

You’ve probably heard of Thor before. If you look at the RubyGems stats, you’ll see Thor at the top. It’s also my personal favorite due to its extensibility. Here’s some basic syntax:

The CLI is wrapped in a class inheriting from the Thor superclass.

Add a command by adding a method to the class.

At the bottom of the file (typically), call MyApp#start to allow it to start the CLI.

Or we could do the same things with an option.

You can specify the type of the option that you have by adding to method_option. The documentation for that can be found here. For example, in the sample code above, we create an option name, that is aliased to -n, and has the description "Specify a name".

You may have noticed that we’ve been using desc a few times. This is another cool feature of Thor, it is self-documenting. If you were to run my-app help hello, then you would see a little bit of documentation about it.

This is a really cool feature of a lot of the CLI gems that I’ve researched. Thor does it using the desc option, but as you’ll see, other gems use different documenting options.

All in all, Thor is a great tool, I believe it powers the Rails command line interface as well. The self-documentation built in is a nice touch, and I’ve only touched the surface of all of its features. You should really check out its wiki if you want to see full documentation. There’s also a very nice tutorial here on SitePoint.

Commander is a full-fledged suite for writing CLI applications. I’ve written a CLI in it, and Jekyll also uses it. It has a neat DSL and, like Thor, is self documenting. It also has really nice error handling, and is so easy, you can create a command line app in under 15 seconds.

You’ll get some prompts for information:

This creates the file my-app which has the contents:

If you go immediately into your terminal, you now have a CLI that does nothing.

Next, we’ll edit this file so that it has the following functionality:

For the first command, hello, we take an argument as a name. The second command, goodbye, takes an option for a name.

By default, options are booleans. So when we add the String type to it, it allows for the option to be called with an argument. You could also define an option like so:

Commander also has HighLine built in so you can do cool things like this:

And of course you can do countless things with Commander, as with Thor. You can
check those out
here.

Slop is another DSL for creating CLI apps in Ruby. You probably already have it from some other gem’s dependencies (just like thor and, probably, commander). It seems to be very popular, so let’s jump in!

Slop is very minimal and doesn’t do much for you unless you ask it to. Let’s start by adding a version command. This will be -v and --version.

Let’s create the same app we had before, but with slop.

This is extremely minimal. The CLI doesn’t even care if the option’s argument is blank! But, that’s the point of Slop: simple option parsing. It’s one of the things I like most about Slop. If Commander is Rails, then Slop is Sinatra.

I would suggest Slop for simple CLIs and Commander for complex ones. You should really check out its README to see the full list of features and options.

There are a lot of great gems out there for building command line interfaces. Which one you choose is entirely up to your style. There’s Ruby-like (Thor), minimal (Slop), and full on suite (Commander) CLI frameworks at your disposal. In the end, it’s up to you on what type of library you want to use for building a CLI, if any (Homebrew uses the ARGV option!). There are also so many others that I did not mention in this article, but I hope this gives you a basic overview of some great choices.