Mini Latif decided she wanted to run her own business at the age of seven and that nothing was going to stand in her way. Turns out she was right.

She grew up thinking that everyone had their own business; in her mind it was just how it was done. Her Cypriot parents, who moved to Melbourne to escape the war, owned milk bars and worked in cafes long before the term barista even existed. And so it was here, living above her family’s milk bar, where the seven-year-old Mini decided on her career path: go work for a corporate organization to learn the policies and procedures behind running a business and then head out on her own. Not bad for a seven-year-old. And when asked if she’s ever doubted that decision, her reply is a swift: “Never.”

True to her word, Latif would eventually make the move to London to work for big corporate agencies with huge clients and even bigger budgets. She enjoyed her work, yet that plan for her own business never wavered.

I knew that I didn’t love the corporate world but understood that I needed the insight. It was through this work I learned the importance of policies, procedures and that I needed to be controlled with my thinking. When one of the agencies offered me as job as an Account Director, I stopped my internal train for five minutes and considered it but I couldn’t shake off the feeling that time was not on my side to take a career detour and it would only be a matter of time before someone else would beat me to my idea.

The idea she speaks of is her business Ottoman3, a brow bar, the seed of which was sown during her time overseas.

I would spend my lunch hour in John Lewis, a UK department store, getting my nails done and my eyebrows threaded and find myself there every three weeks. One day I just thought: “what if I could get these two things done at the same time?” That was where the idea for Ottoman3 came from.

The move back to Australia came with the sole aim of her opening the first Ottoman3.

I assumed it would take time, so I first got myself a good paying corporate job as I didn’t want to compromise my quality of life. What I mean by that is financial quality. I had already sacrificed so much to be able to take this chance on myself, that I didn’t want to have to count the pennies to survive. I think that would have affected my mental health. So before I contacted Myer, I first secured a good paying corporate job that was going to “support” my lifestyle financially. Once I had that secured, then I continued on with my business plan without having to worry about how I would pay the mortgage. I didn’t have my daughter then so it was easier to fit in an extra few hours of work a day. All the Ottoman3 stuff was done in addition to my “real job”.

That real job was working as an online specialist for Medibank Private, something she did from 9am–5pm, five days a week.

It’s the biggest challenge with start-ups: there’s no money, and you need to be able to pay your mortgage and your bills at the same time as starting your business. Once we opened in Myer I was working full-time at Medibank, and then Thursday and Friday nights. As well as that, on Saturdays and Sundays I was in Myer at the brow bar and on the tools. 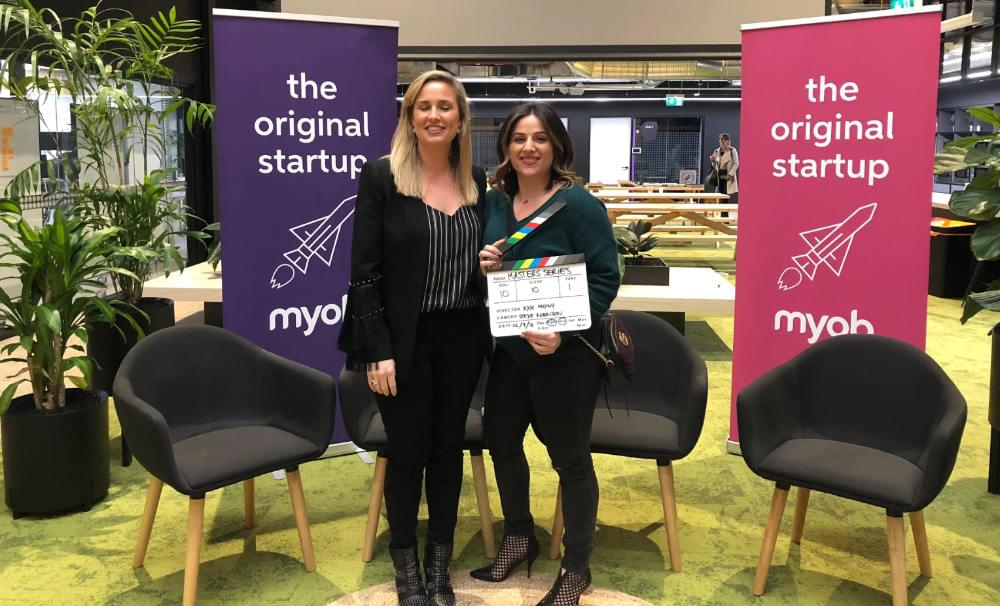 When asked how she didn’t collapse in a burned out heap she says:

I only kept up that pace for three months. Any longer and I’m sure I would’ve struggled, but at that stage I was running on pure adrenaline.

Ah, yes, Myer. You would expect getting a nationwide retailer to agree to sign an NDA, listen to your business idea and invest in the process would take years, right? Well, you’d be wrong.

I got back to Australia and went straight to Myer. I didn’t have a contact, just emailed the “info” email address and told them I wanted to speak to them. They got back to me within 48 hours and the first Ottoman3 was open eight months later. I think the courage to do it really came from my Fear of Missing Out (FOMO). FOMO pretty much runs my life, but I’ve finally come to accept that it’s part of my DNA. It’s served me well over the years as I think the worst thing that can happen is someone will say “no”. But what if they say “yes”? How much more of a kick would that be?!

While Latif and Ottoman3 gear up for a nationwide rollout, it may sound as if the rise of Ottoman3 has been all smooth sailing, yet anyone working as an entrepreneur would know that to be impossible. Latif is no different.

We opened a second store in the Myer in Chadstone Shopping Centre but it just wasn’t working, which I think had a lot to do with a lack of support from Myer. It was my Dad who suggested getting out and opening at Watergardens, which wasn’t quite what I had in mind, but I did it because I knew I had to. I opened a pop-up Ottoman3 store and turned up there seven days a week for three months as I knew I needed to get bums on seats. It was torturous, but I was petrified that the business would fail and so rather than FOMO this time I was driven by FEAR.

Latif’s goal is to take the brand global — something she believes will happen through good, old-fashioned belief in herself and hard work.

How to Hire the Best Freelance Developers in the Gig Economy

Hiring freelance developers can be a great way to save money — or lose it. Learn how to navigate Upwork and Fiverr and get great results.

Secret Strategies to Win Promotions Other Devs Can’t Get

Getting a job promotion isn't as straightforward as you might think. Learn the secrets to getting that critical edge to ensure your career advancement.

How Colocated Companies Can Adapt to a Remote Work World

Ivan Kreimer explores three ways non-remote companies can adapt their current situation to the remote-work landscape of a post-pandemic world.