TechCrunch is reporting that AOL is planning to update its homepage with a new emphasis on third party services. Details are scarce — TechCrunch is basing their report off of a couple of low quality linked screenshots (how come leaked photos and screenshots are always fuzzy, anyway?), but if legit, AOL appears to have a pretty sweet looking service coming down the pipeline.

The screenshots depict an AOL that draws in more personalization features and feels more like a start page. The current MyAOL start page and AOL.com homepage are near clones of their Yahoo! counterparts. 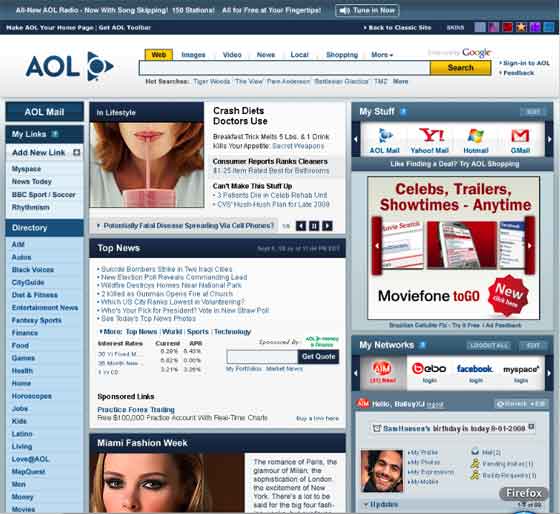 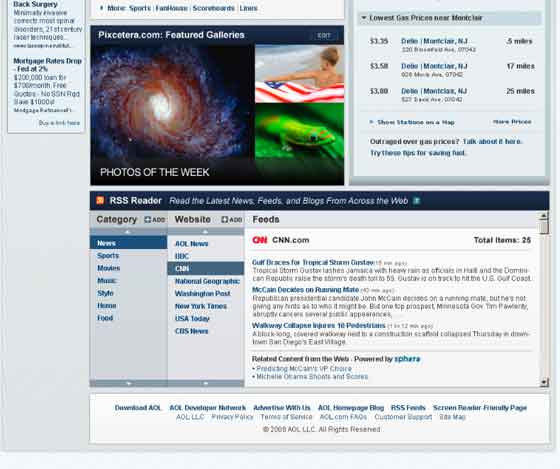 If the leaked screens are accurate, and AOL is indeed planning to launch something like what they show, then the new AOL would encourage users to utilize off-site services. As Arrington points out, they’ve come along way since the walled-garden AOL of the 90s.

The screens show a a front page that, in addition to news and Google-powered search, include three modules that push users to third-party sites and services. A “My Links” side bar navigation appears to be a sort of quick launch bar to the user’s favorite sites, while the MyStuff box hints at what could be a platform for third party applications. The screenshot shows icons for third party mail applications like Yahoo! Mail, Hotmail and Gmail, however the name, “My Stuff,” hints at more than mail. Or, it could just be email. Here’s hoping for the former.

The final third party widget on the leaked front page is called “My Networks” and appears to be a social networking account manager that draws info not only from AOL-owned Bebo and Instant Messenger, but from other networks as well, such as Facebook and MySpace. That’s likely the influence of SocialThing!, which AOL acquired at the beginning of August.

A second screenshot shows an RSS reader, that while rudimentary looking, appears to be far and away more complete than readers offered by other major portal start pages. Simple is also probably better when you’re AOL and your target user base is a mainstream audience that is probably made up of mostly the RSS neophytes.

I’ve been using MyYahoo! as my daily start page for about 10 years. It’s really hard to judge a product based on a few leaked screenshots, but this is the first time in awhile that I can remember being excited about a new start page product.

Your Guide to the 10-Minute Homepage Copy ReviewGeorgina Laidlaw

How to Revamp Your Marketing PerspectiveAlyssa Gregory