Welcome to On Our Radar, our weekly round-up of news, trends and other cool stuff from the world of web development.

This week an interesting look is taken at the iOS interface and how we can benefit from using motion for user experience on apps and websites. Apple have just posted the largest quarterly earnings in history, so they must be doing something right.

On a similar global scale, Riot Games have been experimenting on users with League of Legends. Take a look inside the largest virtual psychology lab in the world and how they are using psychology to help their players behave themselves.

Speaking of global, when PAPER Magazine published Kim Kardashian’s rear end, they knew their servers were going to take a hammering. Here’s a safe-for-work look at how PAPER Magazine’s web engineers scaled their back-end for Kim Kardashian, where they made good use of Bees with Machine Guns, a utility for arming (creating) many bees (micro EC2 instances) to attack (load test) targets (web applications).

Other site owners are also starting to fear China as their great firewall sometimes mistakenly directs millions of users to their site, so here are good details on how to protect your site from too much traffic. 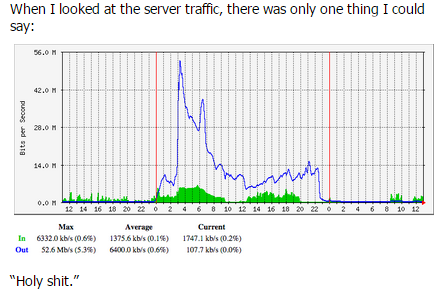 Microsoft is getting ready to replace Internet Explorer soon too. Take a look inside Microsoft’s new rendering engine for Project Spartan. Also in development is Vivaldi – a new web browser from a developer of Opera that claims to be highly flexible and puts the user first.

Developing an eye to the future

Helping with your workflow this week we have Git workflows for pros: a good Git guide that gives good details on how branching works with do’s and don’ts to be watchful for.

Some developers have been having careful thoughts about frameworks lately too. John has an an opinionated guide to React.js, best practices and conventions. James has an unconventional review of ReactJS that comes out pretty positive, but his more recent post an unconventional review of AngularJS more controversially recommends to avoid it. One of their developers left several months ago, and can now introduce Aurelia, which uses ES6/ES7 features transpiled and polyfilled to work with today’s evergreen browsers and is even working well on IE9. 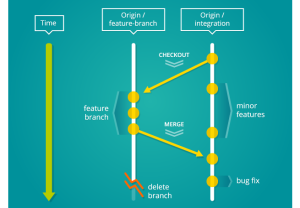 Another opinionated piece is on should the W3C and WHATWG die. Fortunately some solutions are being found, such as how to center and crop images with a single line of CSS and [ED: less useful link removed].

Having more fun with CSS we came across an excellent guide to compositing and blending In CSS, and Chris is having fun with line-height!.

Lastly for this week we have Elevator Saga the elevator programming game, and a video on the new Tesla car has a button called ‘Insane Mode’ – see what happens when you press it!

Which links caught your attention? Do you want to use Bees with Machineguns to hammer on anything? Are you thinking of jumping ship from AngularJS too, or want to get involved in the opinionated discussions? And isn’t the Tesla insane?! Whichever takes your interest, we would love to hear your thoughts.

I'm a web developer living in Christchurch (thanks for all the quakes) where JavaScript is my forte. When off the computer I volunteer down at the local community centre, or enjoy playing tabletop games such as Carcassonne or Stone Age with friends.

On Our Radar This Week: Videos and Version ControlJames Hibbard