Hacking is a very serious matter. Too often we see users lose their sensitive information on the Internet, which leads to compromised emails accounts, which in turn can quickly grow into online banking vulnerabilities, identity theft, and worse.

Most security professionals would agree that proactively preventing personal data from getting stolen is far easier than recovering from the results of a data breach. With the way mobile technology is evolving so rapidly, sometimes it be hard to determine if security is keeping up with the updates of hardware, software, smartphones, and tablets.

The following infographic examines how the iPhone and Android match up when they are compared on a criteria that rarely gets the spotlight… mobile security. The comparison shows some surprising similarities between these competing products, but it also illustrates some striking differences. Interestingly, Android enjoys a far greater market share for both hardware and software, but it also suffers from larger security vulnerabilities. Many theorize that the two go hand in hand.

This infographic also looks at consumer behavior when downloading apps and looks at the defense and vulnerabilities of both mobile phones. It also highlights some ways in which apps with highly-sensitive information (e. g. banking apps) can bolster their security using various techniques and best practices.

(Infographic is courtesy of Ladbrokes Games.)

What are your thoughts on the comparison in security between iPhones and Android phones, as well as the iOS and Android operating systems? Do you trust one more than the other? What’s the basis for your preference? Do you believe that the dominant product in any software sector (Windows, Internet Explorer, Android) will always have to deal with the lion’s share of security attacks? 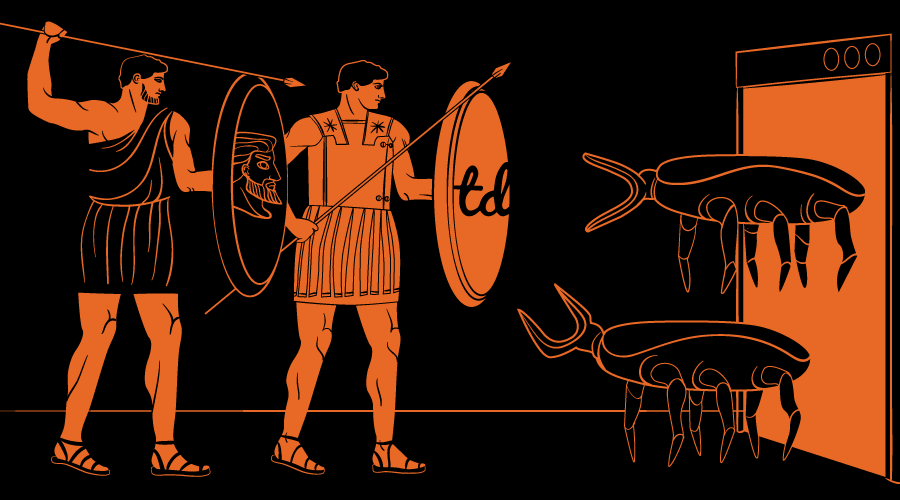