Part of the fun of being a web developer is the need to keep up with the industry. For me, that means a lot of time listening to podcasts, looking at Github repositories, and reading blogs.

Sometimes this will lead to a night of lost sleep over articles that make one or more of the following points:

Recently I’ve noticed an increase in the number of these articles, while a voice in opposition to these ideas can be hard to find. I’d like to take a look at a few common themes to see if there really is reason to worry about the current state of the web.

Are We Really Going Through a Tech Bubble?

Recently, web analyst and venture capitalist Mary Meeker published an exhaustive report focusing on internet trends in 2014. Part of the report focuses on IPO data showing that in 2013, the number of tech companies going public was 87 per cent less than the number of companies going public in 1999, around the height of the Dot-com bubble. The total value of all technology IPOs is 73 per cent lower in 2013 than it was in 1999 and 2000.

The report reaches a similar conclusion about the amount of venture capital funding in the current technology market. In short, this is all great news: the data shows a steady increase in the value of tech companies, but no sign of a bubble. Investors have apparently been a lot more careful than they were during the Dot-com era.

It could be argued that speculation has caused certain sectors of the global technology market to be overvalued. But a correction in those sub-markets wouldn’t necessarily lead to a deflation of the entire tech industry.

Meeker’s data shows us that the web is still experiencing steady growth at a healthy and profitable pace. That’s great to hear if you’re a web developer or designer looking for a job. Overall, there’s no cause for worry.

Is Google/Facebook/Amazon Bad for the Internet?

I’ve read more than one article concluding that internet giants like Facebook, Google, and Amazon are doing more harm than good for the web. I’d like to make the case that most of them have been fighting for the good of the web since day one. Consider the millions of dollars spent by these companies (who are often at odds with each other) to defeat SOPA and PIPA.

Many of these companies also promote a variety of open-sourced technologies, and employ developer advocates who have built libraries that many of our projects depend on. The ad revenue generated by these internet giants also allows for most of the free products and services we depend on (see below). I don’t know about you, but without Gmail, for example, I’d be a lot less productive.

Google revolutionized the web with its search engine and Android platform. Facebook is transforming the way people communicate. Amazon continues to improve the way in which we buy goods, consume media and run web services. It’s not wrong to keep an eye on these companies and their practices, and call out their mistakes, but let’s also remember how much good they do.

Short Answer: It’s our job to make sure they aren’t.

I don’t like my internet service provider. They charge me a lot of money, they’ve monopolized the market in my area, and they send their bills out on the wrong day of the month. If they could create internet fast lanes, I’m sure they would. I’ve called my senators and state representatives, and will continue to do everything I can to ensure my ISP treats me fairly.

But I do many of those things because I believe it is my responsibility to do so. My ISP has laid the cables, hired the support staff, and pretty much done all they can to make sure I can use the internet if I give them money. They’re of course allowed to ask for more money, but I don’t believe they should, which is why I’m doing my part to stand in their way.

If we don’t want our ISPs to be evil, it’s our job to stop them. I believe that if we all did our part, we could solve this problem quickly. If you haven’t yet, and you’re in the US, set aside some time to contact your senator.

Is the web too centralized?

Amazon Web Services (AWS) is one of the most popular data storage platforms in the market. Recently, a single AWS outage took down Vine, Instagram, and several others for nearly 30 minutes. With so many companies depending on the same cloud, is there a reason to worry about large amounts of data disappearing from the web? Could a single point of failure cause half of the internet to shut down?

While no cloud computing service is perfect, the ones you and I depend on to access Google, Amazon, Facebook, and Drobpox, are arguably the most secure platforms ever built. These services are housed in fortresses which undergo annual audits, ISO certifications, and a host of other third party evaluations. AWS has even been cleared for moderate use by federal government systems.

Outages do occur, but I would argue that they lead to improvements in policy and infrastructure, instead of helplessness and panic. The most common types of outages last for a few hours at most, and are typically caused by nothing more than occasional spikes in demand or environmental factors.

After these kinds of outages occur, we most often find that systems are repaired and relevant threats are eliminated. The consumer can still lose data after outages like these, but the hardship caused can serve as a valuable wakeup call. Cloud services aren’t liable for your lost data. If it’s important, make sure it’s accessible from more than one location.

We have never seen a catastrophic internet blackout, and while we know that massive security breaches and data center outages are possible, the fact that none have gone on to break the internet is comforting.

We may not need to worry about large scale data blackouts, but what about the stability of the technology companies responsible for all of the data?

Almost everyone uses the same search engine, Google, usually on a device built on one of two different mobile platforms, iOS and Android, one of which is built by Google. The worry here is that if, say, Google collapses, so does the mobile platform. That’s a big reason to worry, because big companies that create lots of products could take out half the internet if they fail.

Again, I’m not too worried about this. Companies large enough to host half of the internet don’t just fail overnight. A lot would have to go wrong for those companies to fail in the first place. If one of them did happen to fail, it’s unlikely your data would disappear instantly. Realistically, you’d be able to export it and carry it over to whatever new service takes its place. Last year Google Reader announced it would be shutting down, and I barely noticed, because Feedly showed up to save the day.

In general, I don’t believe centralization is fundamentally bad. Cloud services do have vulnerabilities and internet giants do have large market shares, but the disadvantages do not (yet) outweigh the positive aspects of a centralized industry.

Is advertising ruining the internet?

In general, I believe advertising is good, which is why I’m against using tools like Adblock. Without advertising, I wouldn’t be able to read many of the helpful articles on sites like this one, for example. This in turn means that I wouldn’t be writing this article, because a z-index bug I encountered this morning would still be unsolved.

Let’s not fool ourselves here. Services are free because they pull in revenue through some other means, and that’s usually achieved through advertising. Sure there are some shady practices out there, but that doesn’t mean the whole system is broken. Most of us will choose a free service over a paid service as long as the quality is comparable, and often we are able to do that because the free service has advertising.

Is all that personal data we’re releasing going to come back to bite us?

Short Answer: Yes, if you let it.

I’ve heard that Big Data is useful and effective, and I’ve heard that it’s pointless and misleading. I’ll leave those conclusions to the data scientists. What I’m concerned with is the amount of data stored online, who that data is shared with, and what type of data is shared. Apps like Snapchat, Facebook and Swarm (Foursquare’s new app) allow users to post sensitive information that can sometimes go on to cause harm when that information comes to light.

To address the concerns of those who feel that the internet remembers too much about them, the European Union recently passed new legislation commonly referred to as the right to be forgotten. I agree with the EU’s idea that someone should be able to request that personal information be removed from a public forum.

But it is not the full responsibility of Facebook or Google to ensure that your personal information is protected. Barring extreme circumstances, people should be held accountable for what they post in public. It’s easy to forget that if the internet wasn’t around, a lot of the same information would be available via newspapers and public records. The internet just makes that information easier to find.

In the internet age, well-informed consumers should be cautious. We should all use common sense and good judgment to limit what we share on social networks and elsewhere.

Future generations may not be so quick to judge others based on the results of a Google search. Maybe the problem isn’t with the data available online, but with the way we often react to it. If your government decides to tap into that data without reasonable cause, thats a different story, and I would again urge you to contact your senator.

There are other articles that raise more questions about the internet: if it’s dying, and how safe we are, but there isn’t enough space here to address every single one of them. I think the best thing we can do is investigate every one of the claims made, and see for ourselves if there is reason for worry. 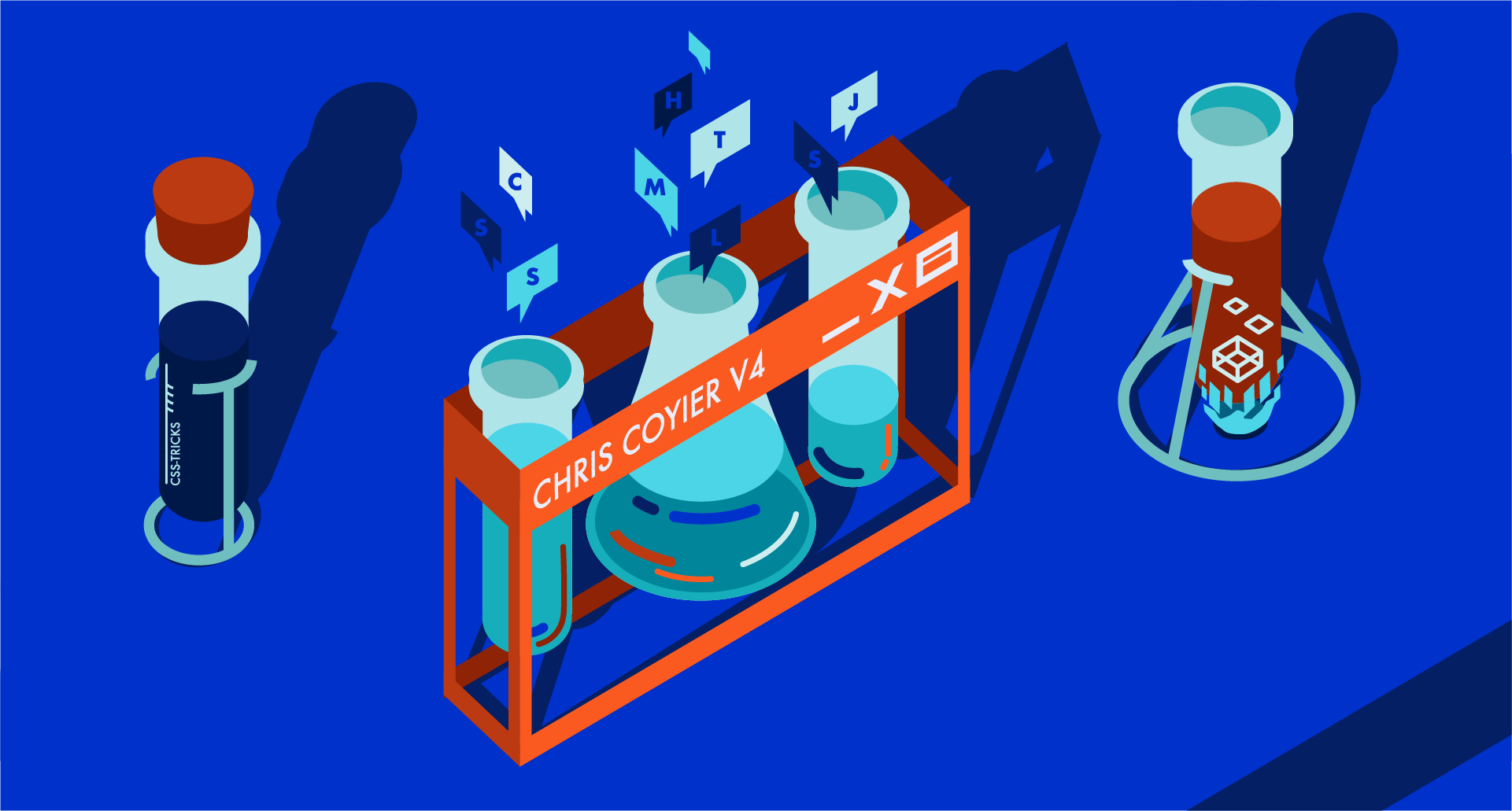 CodePen, and Getting Started on the Web, with Chris CoyierM. David Green, Tim Evko

Stop Getting Walked on and Set Some Boundaries AlreadyJohn Tabita