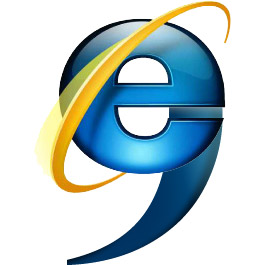 Microsoft normally make a grand announcement at their MIX conference. Last year, they launched IE8 (has it really been around for 12-months?) This year, they’ve revealed the features coming in IE9 and released a downloadable demonstration (Windows 7/Vista SP2 only).

Microsoft confirmed IE9 development in November 2009 but there were very few details. We now know more…

HTML5
Microsoft adopted a wait-and-see approach to HTML5. That may have made good business sense, but HTML5 would have been a non-starter without Microsoft’s backing. The good news is that HTML5 will be implemented in IE9 — to some level at least. Importantly, the video and audio tags are supported and Microsoft has been showing off H.264 video running at 720p in the browser.

Interestingly, IE9 will also support XHTML documents parsed with a mime-type of application/xhtml+xml. It’s about time.

CSS3
Microsoft is making the most noise about border-radius, but IE9 will also support CSS opacity, the rgba color model, and further selector definitions. That’s great, but it’s nothing new: competing browsers have offered these facilities for many years.

SVG
IE9 will finally support SVG — Scalable Vector Graphics. They’ve even produced a great version of Asteroids to demonstrate the benefits of the format. I still don’t understand why they waited so long?

Faster JavaScript
Internet Explorer has the slowest JavaScript processing of all the mainstream browsers but its new engine, named “Chakra”, will compile code in the background using a separate CPU core. The initial results look impressive, although Microsoft will have some work ahead if they want to catch Chrome, Safari and Opera.

Standards Support
The IE team have reaffirmed their commitment to browser standards. IE9 currently scores 55/100 in the ACID3 test but it will improve. That is far better than IE8, but let’s hope they reach the perfect score offered by competing browsers.

Developer Tools
No specific details were announced, but the Developer Tools have been improved and there will be a new HTTP Inspector (Network tab) which captures requests and responses. Firebug, DragonFly and the webkit inspector already offer this facility if you want to use it today.

What We Don’t Know…
Microsoft has remained silent on two important issues:

The IE9 Platform Preview only runs on Windows 7 and Vista SP2. The FAQ states:

It’s too early to talk about features [side-by-side installation with IE8 and XP compatibility] of the Internet Explorer 9 Beta.

The more distant the release date, the higher the probability IE9 won’t run on older versions of Windows. Despite strong sales of Windows 7, the vast majority of people still use XP — if they can’t upgrade, we’ll remain chained to old versions of the browser for many years to come.

Would you be tempted to switch to IE9? Will the new features be enough to match the competition? Is it too little, too late? Is the browser increasingly unimportant? Should Microsoft abandon browser development?