A First Look at Safari 4

In the early days of the web new browsers appeared every few months. History is repeating itself and the browser market has never been so active or exciting. The latest offering is Apple’s Safari 4, which is available as a beta download for Mac and Windows. I tried the Windows version and the first impressions are very promising.

The basic Safari download is a little over 25MB; certainly far larger than Firefox or Opera. However, installation is quick and easy and the browser starts almost instantly. If anything, it feels a little faster than Chrome.

Safari 3 looked very much like a Mac application and I suspect it confused some Windows users. Apple have addressed the problem and Safari 4 looks like a standard XP/Vista browser. Tabs now appear in the title bar in a similar way to Google Chrome:

The tabs work well, although it is a little too easy to drag the whole window rather than an individual tab. I also miss the middle mouse clicking to close tabs, but that is a minor issue.

Microsoft font smoothing is used by default, although you can specify Mac-like rendering. I found them a little blurry, but I’m sure some will prefer them.

Apple have announced 150 new features in Safari. Many help the browser catch up with the competition, but it is great to see some new innovations.

Perhaps the most attractive feature is CoverFlow; an iTunes-like 3D carousel that shows recently viewed web pages. Those that have changed since your last visit are highlighted with a blue star. Although Mac users get CoverFlow as standard, it may be disabled in Windows if you have a low-end graphics card. Hopefully, Apple will fix that for the final release.

The browser also features an integrated RSS reader. It is a little basic and not as good as the one provided in Opera, but it is superior to IE and Firefox. The ‘Article Length’ slider alters the amount of text shown for news items. 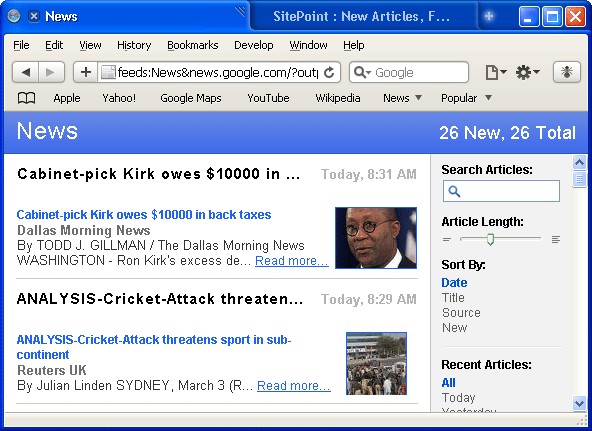 Safari and the WebKit project continue to implement the latest standards and browser-specific features that may eventually be adopted by the development community. The browser now supports: 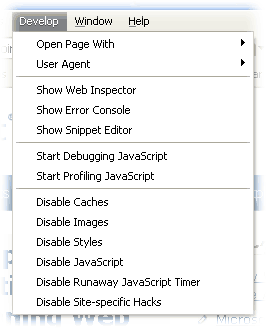 Safari’s developer tools have always been good and have improved in version 4. Anyone familiar with Firefox’s Web Developer Toolbar and Firebug extensions will feel at home.

The Web Inspector shows a DOM tree, XPath, applied styles, element metrics, and other useful information. It is not quite as clear as Firebug, but is an essential tool for all web developers: 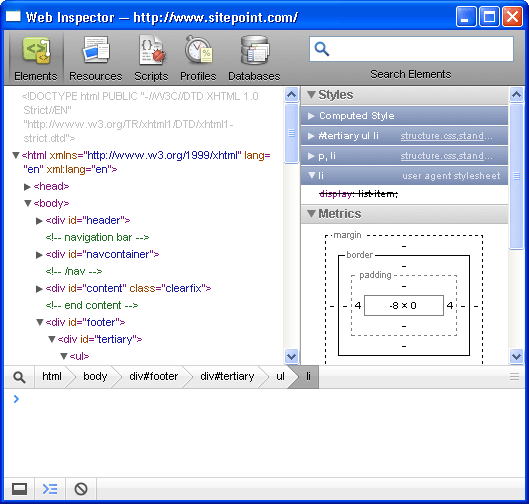 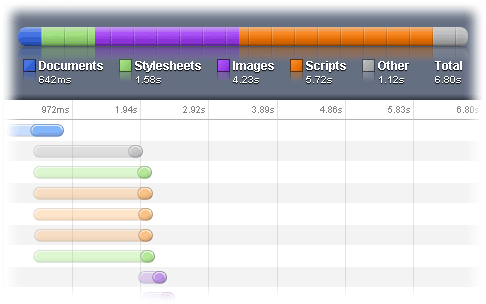 Will You Use Safari?

It is inevitable that Mac users will switch to Safari 4. I also suspect many more Windows users will be tempted to try the browser. It is impossible to predict adoption rates, but Safari certainly deserves to match the growth of Google Chrome.

Web developers will certainly need to install Safari. It provides some great tools and it is only a matter of time before the browser has a thriving extensions community.

Firefox is still my preferred browser, but Safari is catching up fast and comes a close second. What do you think of Safari 4? Will it become your default browser?