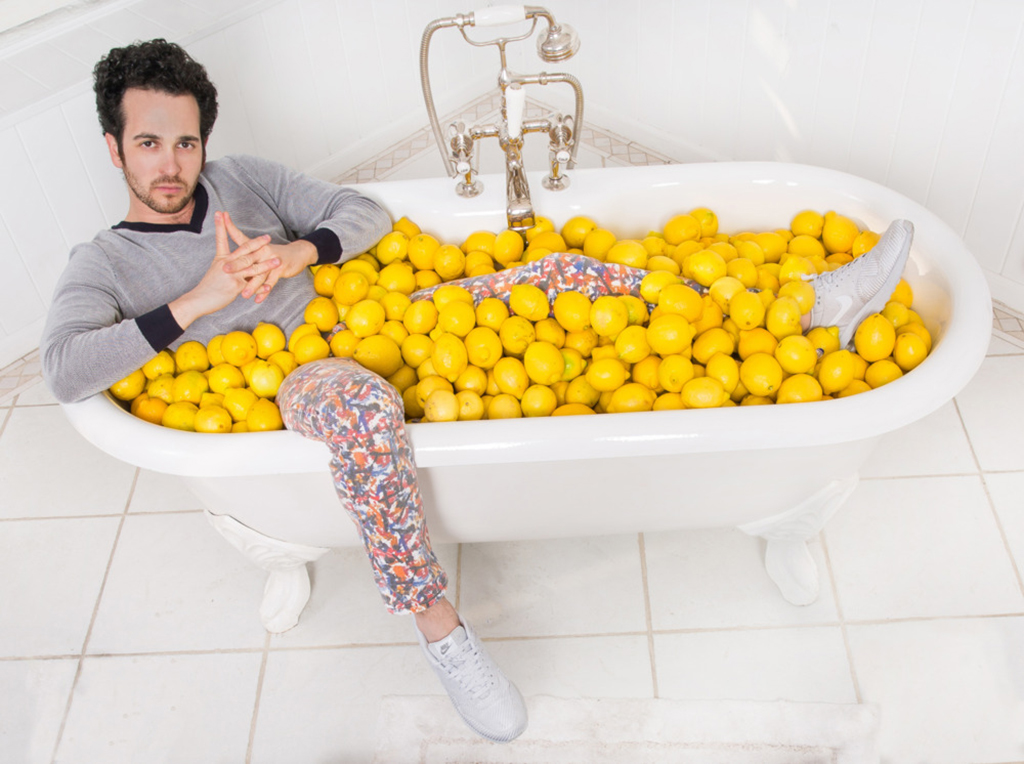 Ilan and I are at the San Francisco Four Seasons for our first meeting with an actual real investor and the setup is perfect. It’s this baller-ass Russian dude – perfect level of stubble, the supplest Diesel jeans, suede loafers, no socks whatsoever.

After spending 10 seconds with him there’s absolutely zero doubt in my mind that this guy has track lighting in his apartment (in fact I saw it myself the previous day when we looked up his AirBnB listing. $600 per night!)

So we’re talking, some about Rap Genius, but mostly about what his girlfriend’s model friend told him about Williamsburg and which famous producer he went paddleboarding with and how much one particular sculpture appreciated, and then finally he asks “So, what valuation are you guys raising at?”

And we have no clue what to say!

I mean, we had talked about it before, we know we want to raise at a high valuation – that’s good, right?

We know a bit about what other YC (Y Combinator) companies have done, but not really. We’ve heard that the best strategy is to push the VC into naming the first number.. is it too late for that now? Is that even possible?

So what do you do in this situation?

Well, if you’re me, the first thing you do is form a clear picture in your head of your TechStars rejection email.

And once you’ve re-lived that, you picture your Y Combinator rejection email.

Then you think about Fred Wilson’s reply to your cold email from 6 months ago.. Was that a rejection email too? At the time it seemed like maybe he just had a few surmountable objections.. it was definitely a rejection email.

And then you think about your whole pre-YC existence.

For the two years before we got into YC, Rap Genius was a side project my friends and I thought was cool, but no one else cared about or even thought of as something that was trying to be a business.

But at that moment in the Four Seasons, Rap Genius was one of the hottest, fastest-growing companies in YC’s latest batch, and therefore we had a solid claim to being one of the hottest startups in the entire world. And yet, to my eyes, very little had changed.

The site was definitely bigger than it was at the start of YC, but it was fundamentally the same product and the traffic graph had the same shape. We could have given our exact demo day presentation before YC even started.

So what happened? Were we actually hot all along? Was everyone’s previous lack of interest fake?

It seemed pretty real at the time. Or maybe it’s the post-demo day limelight that’s fake and soon everyone will go back to not caring?

But of course the whole point is that there is no underlying objective reality – there’s no teacher’s edition of the startup textbook that explains which companies are ACTUALLY hot, and what the REAL CORRECT Rap Genius valuation is.. Or maybe getting into Y Combinator is the teacher’s edition, but then all the pages are blank. It doesn’t matter – the point is that the shoes aren’t magic, you have to force yourself to dance.

And of course that’s what’s going on with the Russian baller too. It’s not just about the merits of your website – if it were we’d be at the Four Seasons 6 months earlier – it’s about whether you project energy, excitement, and confidence. So when dude asks what your valuation is you have to look him in the eyes and say the biggest number you can without losing it and cracking up, which for us on that day was $17 million.

So that’s one fundraising lesson: project confidence. But more than that you must actually BE confident because there will be times when things look so bleak that unless you truly believe you’ll trick yourself into thinking it’s all over.

Three weeks after meeting the Russian dude we had raised about $500,000 of the $1.5 million we had told everyone we planned to raise, but we had hit a string of “no’s,” and we weren’t feeling amazing so went to office hours with Paul Graham for some inspiration.

We arrived early and so we overheard a bit of the conversation PG was having with another founder who was pressing him for a form of fundraising advice totally foreign to us.

Founder: PG – is there ANYTHING we could be doing better? Or are we doing everything perfectly?

Paul Graham: No, you guys are nailing it. You’re pretty much done

F: Is there any way we can thank Ron Conway for hooking us up with so many bomb investors?

And so on as our spirits sink lower and lower until finally it’s our turn to show PG our fundraising spreadsheet.

Here’s what the spreadsheet looked like: there was a row for every investor we knew who had not yet said “no”, and columns for (a) the probability of investment and (b) the range of possible investment sizes.

The problem was that even if every warm lead invested the maximum plausible amount we’d still barely make it to $1 million.

Paul Graham takes one look at the spreadsheet and announces “*Wow, you guys are totally f*****. There’s no way you can get to $1.5 million if these are your only leads.”*

And of course this would be a mega-embarrassing outcome because it would mean there was much less interest at the valuation we were seeking than we had conveyed to the people who had already invested.

PG advised us to dream up some way of lowering our cap for our existing investors to get more takers, which would have been a hella-beta conversation to have and who knows whether it would even work because showing that kind of weakness is a major turnoff.

Ok so another quiz: Paul Graham, your idol, has just told you you f***** everything up – what do you do?

This one’s a bit easier: you drive straight to the Menlo Park Quiznos and order a giant saucy bread-y chicken sub that tastes like cardboard and then you sit there depressed with Ilan in silence broken only by the fizzing of both your massive diet cokes.

And yet it ended up totally fine. Things shook out exactly like we pretended we knew they would all along.

We raised $1.8 million in an oversubscribed round at a great valuation.

So even if you’re a “hot” start up raising a competitive round, you’ll still experience moments of total abject terror. But as long as you don’t freak out and start telling everyone you f***** up, years later investors who turned you down will jokingly ask why you didn’t let them invest.

Fundraising is a psychologically trying experience that depends very little on any sober analysis of the quality of your product and much more on how well you can project confidence and manage your own psychology.

And of course this was only the seed round.

Raising a Series A is much harder. Whereas in the seed round you’re looking for a bunch of people to commit a few hundred thousand dollars and little reputation and time, in your Series A you’re looking for ONE person to bet on you to the tune of millions of dollars, a ton of time, and his entire reputation.

This means you can’t just show up all coffee’d out and ready to say big numbers. Believe me – we tried.

If you roll up to your first meeting with a VC and tell him you’re raising $15 million, you’ll spend the whole conversation justifying a raise of that size and zero time talking about how cool your website is.

Instead you have to build a real relationship over many months, kick it with him, get him to sign up and contribute, et cetera.

Then at the last possible second, in the partner meeting, you get the chance to look the inventor of the web browser in the eyes and once again say the biggest number you can while still keeping a straight face.

Tom Lehman is co-­founder and CEO of Genius. Originally from Miami, Florida, Lehman attended Yale University, where he majored in Ethics, Politics, and Economics, as well as Mathematics and Philosophy. Before founding Genius, he worked as a programmer at the hedge fund D.E. Shaw.