This article was peer reviewed by Thomas Greco and Edwin Reynoso. Thanks to all of SitePoint’s peer reviewers for making SitePoint content the best it can be!

The idea behind the tutorial was to separate groups of code that are highly dependent on one another and the example I’ve shown was a graph visualization tool where data is beautifully synced cross users.

In this post, I’ll re-use my Backbone example to migrate the existing data storage to Firebase. Before deepening the topic, let’s take a quick look at some Firebase concepts, and then get started coding.

Firebase is a platform for building mobile and web applications. It provides three services:

These services take responsibility to handle complex things and do the hard work of backend for us. Besides, Firebase applications can be accessed directly from the client side.

The realtime database service is basically a NoSQL JSON database, like MongoDB. It has several features such as offline support, data validation, and security rules. Personally, I think that the most interesting feature is the realtime data synchronization. In case there is a database change, the data will be synced across all connected clients in realtime, all within milliseconds. This means we’re dealing with a great tool expecting an incredible low effort to create very responsive applications.

Getting Started with Firebase

The first thing to get started with Firebase is to sign up for a free account and create a new Firebase application. After creating the app, it should have its unique database URL ending with “firebaseio.com”. This is the URL that we’ll use to store and sync data. 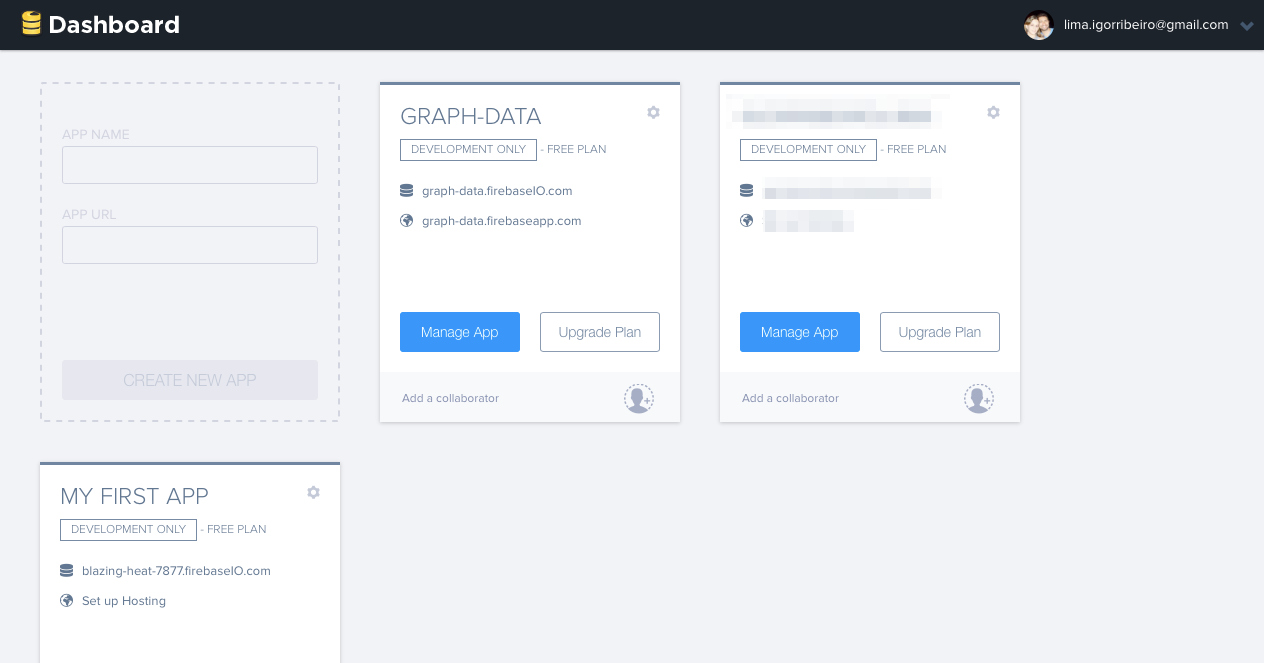 To install and start using this new app, include the Firebase client library in your HTML file. Do it by adding a script tag at the end of the <body> section:

This reference does not create a connection to the server or begin downloading data. Firebase will not fetch data until invoking a read or write operation. Once retrieving it, it stays cached locally until the last event listener is removed.

Another interesting thing to know is that you have the chance to access directly child nodes in the data as well. To point to any child from an existing reference, simply use the child() API call:

Once a reference has been created, any valid JSON object can be written to it using set().

For reading data from this reference, use the on() method. Attach a callback and handle the resulting events.

This section is about graph modeling using Firebase. If you’re unfamiliar with graph concepts, this would be an excellent occasion to go through it. On the other hand, those of you who already know what I’m talking about, won’t find any difficulties.

Graphs, quite simply, are a way to model complex relationships between many objects. A graph is a collection of nodes (also known as vertices) and edges (also known as links). A node is merely an abstract data point and it can represent anything such as a person, a computer, a building, or an intersection. An edge connects two nodes and can optionally be directional. Information only flows one way.

Here’s an example of a simple graph:

In this case, we have two nodes (Blue and Red) and one edge connecting the two. What does it look like in code? In a relational database, we would probably store the vertices of a graph in one table and the edges in a second one. Each edge would have a foreign key for its starting vertex and one for its ending vertex. To store a graph in such a database like Firebase we could, for example, store vertices in a child attribute value and store edges in another one. Each edge would have a key for its starting vertex and another one for its ending vertex.

Please note that I’m sharing my database URL. Feel free to use it while you’re learning. After that, use your own credential created on your Firebase account page.

The data structure below shows how Firebase stores this data: 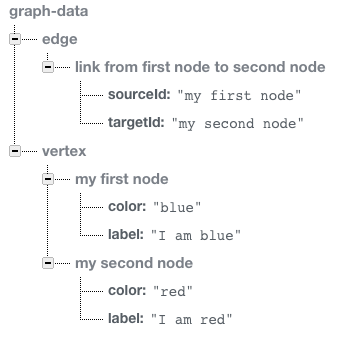 This example has two small pieces. One for drawing directed graphs and another for storing data. This first piece uses a graph visualization tool, named Force Editor, that is a graphing tool that enables the user to create a graph in a simple, intuitive, and pleasing way. The second piece uses Firebase to enable realtime, bi-directional communication between web clients.

These two small pieces communicate with each other via interfaces. Each one provides an interface that specifies which services another component can use and how they can do it. This interface is a signature that avoids knowing about the inner implementation. The goal is to avoid dependencies. Based on this, let’s take a look at the images below to see these interfaces: 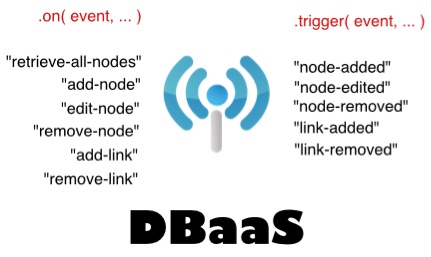 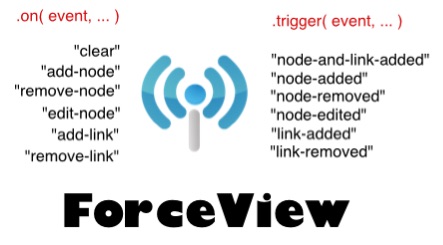 Having these two small pieces, we can easily gather them in a Backbone view. That view is a mediator between the ForceView and DBaaS.
Now we’re on the right path and we can make those small pieces work beautifully together. It deals with an encapsulated set of behaviors, with a well-known interface to access functionalities. The image below illustrates the interaction between the View and these two modules. Running and Deploying the Example

The entire code is available on Github. You just have to clone the repository by running on the CLI:

Alternatively, you can download the code as a zip file.

Then you have to execute the npm install command to install all the dependencies. Finally, execute node server.js to start the application. Once done, head to http://localhost:5000 to see it in action!

We no longer have to worry about hiring a web hosting for our application. We only need one command to initialize the app, another one for publishing changes and it’s done. Firebase hosts our application over a secure connection by default.

To deploy all the static files of the application (HTML, CSS, JavaScript, and so on) to the web, download firebase-tools via npm:

In this article we have deepened few topics about Firebase and taken a quick look at some of its main concepts. Then, we have re-used the Backbone example explained in a previous article to migrate the existing data storage to Firebase. I hope you enjoyed this tutorial and found it interesting and useful.

If you have questions or doubts, feel free to ask or comment in the section below.

Igor works as UI Engineer on Avenue Code, and is a writer in his spare time. He enjoys learning new things, working on personal projects and contributing to open source community. How to Build an MVP with React and FirebaseMichael Wanyoike