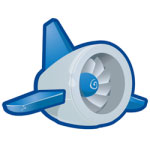 As we wrote in October when Google revealed the product road map for their cloud computing product App Engine, one of the things Google is aiming to have online by early next year is a pricing model for developers to purchase extra resources. It has been difficult for developers to budget for App Engine without knowing how it compares to other cloud hosting platforms in terms of cost.

Today, Google hinted at the App Engine pricing model with a sneak preview on their blog.

Though specifics on the actual costs of App Engine are likely to change before the billing system opens its doors next year, Google did talk about how the system will work. The billing system for App Engine will operate similar to the system in place at AdWords. Developers will set a daily budget for their app, which can be allocated on a granular level across bandwidth, CPU, and storage.

Google currently offers its service for free with daily usage quotas. According to a screenshot of the beta interface for the new billing manager that Google released today (below), the free quotas will still be around after Google implements the billing system next year. Google will only dip into your daily budget if and when your app exceeds its free quota.

Also released today, a system status monitoring site and a quota monitoring dashboard. The uptime monitoring site was part of Google’s Q1 plans for App Engine that we reported on in October. Also included on the roadmap, a service for storing and serving large files, datastore import and export utility for large datasets, and support for a new runtime language. 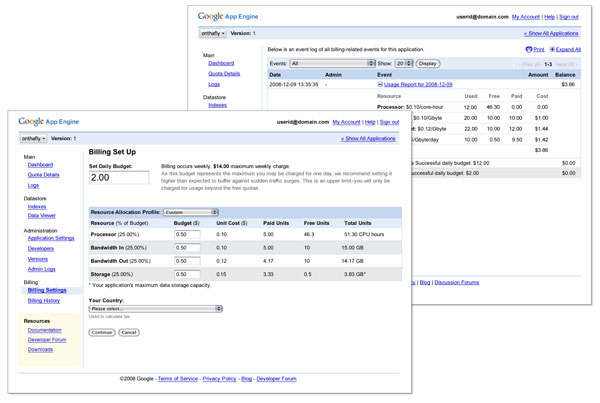