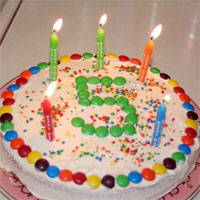 February 4th, 2004 was an important day in the history of the recent Internet. On that day not one, but two very successful and very important web sites were launched: Facebook, the social network that has recently become the world’s largest, and Basecamp, the software as a service project management application whose success has arguably inspired hundreds, if not thousands, of small web development shops to launch SaaS apps.

That means that today is the fifth birthday for each site. Making it to five years is accomplishment enough, but each of these companies has managed to also come to dominate their given fields (social networking and web based project management). On the 37signals blog, founder Jason Fried wrote about the birthday and how Basecamp got its start. Facebook founder Mark Zuckerberg similarly wrote about his company’s birthday on the Facebook blog.

Facebook allows me to share and to connect with friends and colleagues easily on a daily basis. Yesterday, I had a conversation over Facebook with a distant cousin whom I haven’t seen in years. That ability to stay connected with the people who have been part of my life — both now and in the past — is one that wasn’t really available five or ten years ago before the rise of social networks. It’s something that has likely had a profound effect on human social interaction.

Basecamp, on the other hand, has vastly simplified my ability to stay organized and collaborate with teams, especially distributed teams. I’ve used Basecamp at 5 separate jobs and to stay organized in numerous side projects. For many people, myself included, Basecamp has changed the way we work for the better and made project management more simple, more intuitive, and more personal.

But both Facebook and Basecamp mean more to the web than just that.

Facebook, as we’ve written in the past here, is trying to become the whole Internet. They’re spreading their tentacles far and wide in an attempt to become embedded into the very fabric of the Internet. Hyperbole? Perhaps, but that’s how I think they’re positioning themselves. Mark Zuckerberg talks about Facebook as a utility that promotes sharing, but really, they’re building an alternate web that knows everything about you. In fact, they might even know what you’re feeling.

When you take all that into account, Facebook really could legitimately become the most important site on the web that’s not called Google.

Meanwhile, it could be argued that Basecamp launched a software revolution. It was not the first software as a service app, nor was it probably the first to use the freemium business model. But it was one of the first to provide widely publicized validation of both. The success of Basecamp, which made possible the success of 37signals’ other web applications, was an important turning point in the history of software development, at least in my opinion. Perhaps the reason was less about the actual success, and more about the company’s willingness to write about it so openly on their blog. Basecamp’s successes and failures, the thought and care that went into decisions about its design, development, and business were shared freely and publicly on the company blog, and that proved to be inspirational to a new generation of software developers.

Further, from the original Basecamp code, a web development framework called Ruby on Rails was extracted. Rails has grown in popularity, inspired similar frameworks for other scripting languages, and an entire cottage industry has grown up around it to provide hosting, support, and development tools.

So which milestone birthday is more important to you, today? Let us know in the comments.

What the Meta 2 Means for Augmented Reality DevelopersPatrick Catanzariti

Get Your Head Out of the Clouds: Deconstructing What The Cloud Means For Your BusinessNeil M