In this tutorial, we’ll be building a simple Dodger game in Unity. To see and play the final result, go here. 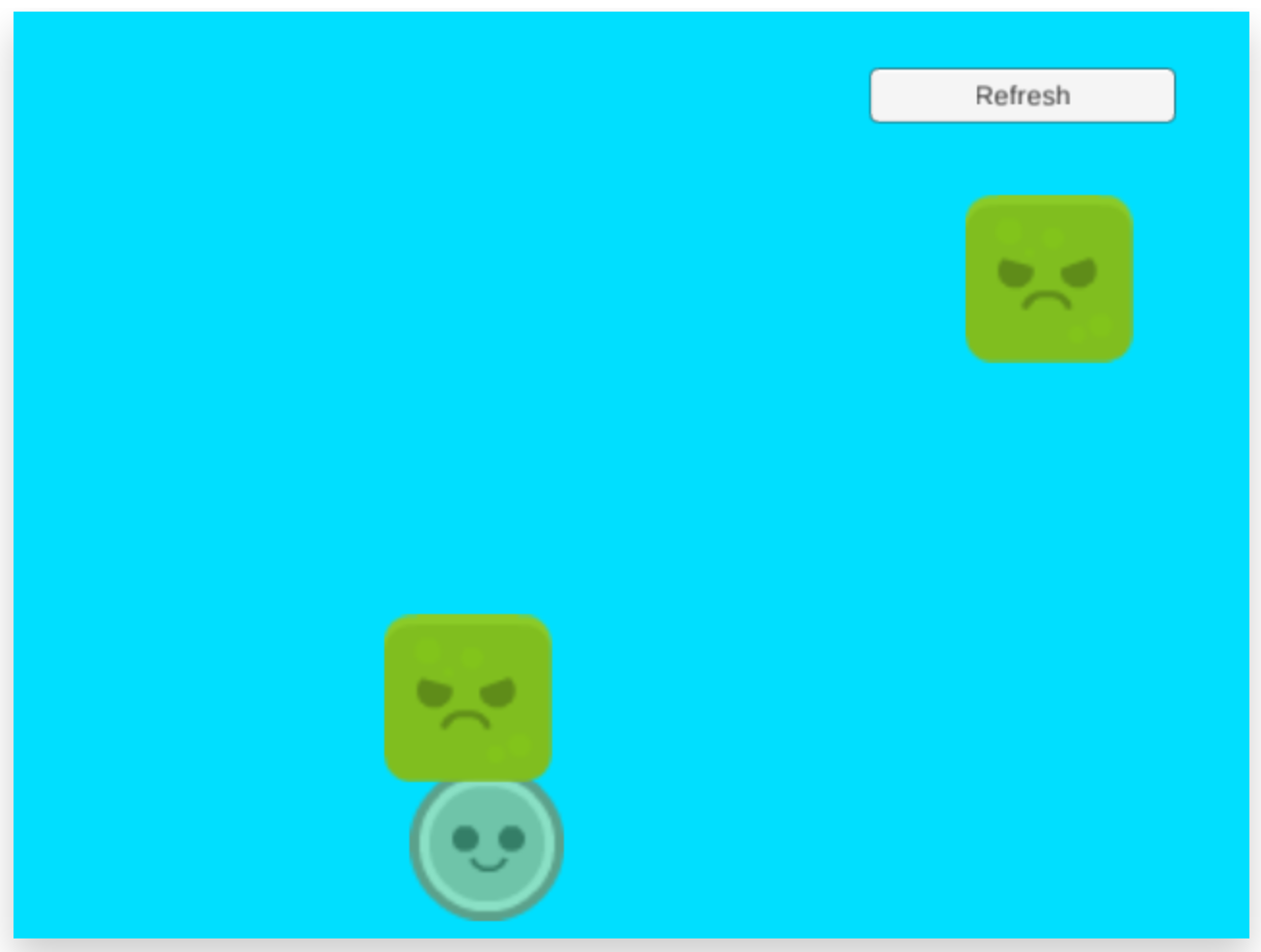 Dodger is a small, simplistic game that doesn’t take much logic to program and can be customized almost endlessly. Dodger only has a few key elements of Gameplay:

Using these five elements we will create a simple Dodger clone. This tutorial assumes you have installed Unity.

Create a New Unity2D Project and name it “Dodger” or “DodgerExample”. First, you will want to download the images from the GitHub page (or right-click and save image as…).

To create folders in Unity you need to Right-Click inside of the Assets Pane and select Create -> Folder. Name your new folder Images, and create 2 more folders named Prefabs and Scripts.

After creating your folders you will be able to drag the images you downloaded from the Github page into the Images folder. Select both of the images inside of your Images folder and set their Pixels Per Unit value to 32 and click Apply.

Select the size value of the main camera and set it to 4.4. Finally, inside of the Game pane click on Free Aspect and set the aspect ratio to 4:3. We’ll start off our programming by getting player input. In order to get player input we will need to create a new C# Script and name it Player Controller.

Double Click the Script to open it in an IDE. Once the IDE is open add this code to the script:

Note: the actual values for the bounds may vary. If this is the case add the appropriate value to the bound variables Now that we have the tags set which will tell the difference between the Player and the Enemy, we can start coding the enemy’s behavior. Open the Scripts folder in the Assets pane and create a new C# script named “EnemyController”. Add the EnemyController script to the Enemy game object. Open the script in your IDE and type this into your script:

Open the EnemyController script inside of your IDE and under the Update method type:

Inside of your EnemySpawnerController script type:

Inside of the hierarchy pane, right-click and select “Create Empty”. Set the new game object’s name to “UIManager”. In your scripts folder create a new C# script and name it “UIManager”. Open the script in your IDE and type: Create a “Scenes” folder in the Assets pane. Save our current scene as “MainLevel” and it to the scenes folder. From the top menu select File -> Build Settings and drag the MainLevel scene from the Assets pane into the Build Settings menu or hit “Add Current” in the menu. Finally, build the game to either PC, Mac, or Web and have fun playing.

This short but to-the-point tutorial went through the exact steps of creating a clone of the popular Dodger game in Unity. Hopefully, you liked it and are craving for more Unity content – it’s coming soon, we promise! Feedback? Comments? Leave them below!

Vincent Quarles is a student at Drexel University majoring in Interactive Digital Media. Vincent has always been fascinated by computers and technology, but more specifically video games and how to create them. When he isn't coding games he can be found rock-climbing, dancing, or sleeping. Along with various hobbies, Vincent, is also the the Stylist for IlluMANous, a men's advice blog soon to be released.