The end is nigh for Bloglines. Its life has been extended to 1st November, 2010, but it’s in the final death throes and there’s only a few weeks to migrate to another service. Yet despite the loss of many big names, and contrary to popular opinion, RSS is not dead. There are several free aggregators you could consider moving to. 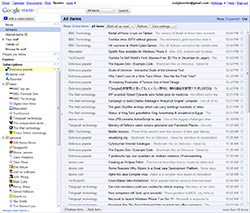 Google Reader is the most obvious choice for ex-Blogliners. It’s by far the most-used RSS aggregator, and it’s backed by a company  that’s unlikely to disappear or remove the service (Reader is more successful than Wave ever was).

Google Reader will import standard OPML files, and has an easy interface. There are good configuration settings if you want to change the default setup. The service is also more reliable than Bloglines, and works well on mobile devices. 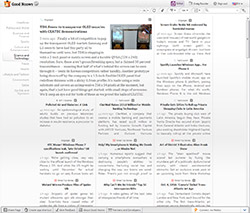 Although Good Noows is a beta product, there are plenty of features to satisfy the most demanding users. You can sign in with an existing Google, Facebook, Twitter, or LinkedIn account, and then view RSS streams in a variety of styles such as “Pulitzer Story” or “Glossy Mag.”

I like Good Noows, and it feels more advanced than Google Reader. Unfortunately, there’s no OPML import support yet. It’s coming but, until it’s fully implemented, I could only recommend it to users with a handful of RSS feeds. 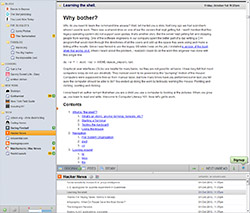 NewsBlur is an interesting HTML application offering several widgets to play with. For example, it has an intelligence slider, which analyzes your reading history so it can show or hide stories of less importance.

The reader encourages you to view stories within NewsBlur rather than opening a new page. I found the interface a little quirky and confusing at first, but some users will love it. 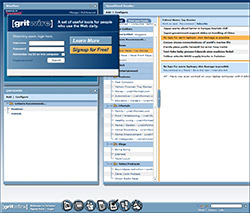 Gritwire is a fully Flash-based application that offers RSS aggregation and services akin to social networking. OPML import is provided as well as a podcast media player, weather forecasts, and several other widgets.

If you only have a few RSS subscriptions, you could consider personalized dashboard systems such as Netvibes, Protopage, or iGoogle. Pageflakes also offers a useful Bloglines-like reader view.

Do you have a favorite RSS reader? What do you think is the best option for ex-Blogliners?

Building an RSS Reader in Rails Is EasyVinoth

10 jQuery Feeds to have in your RSS ReaderSam Deering