And the award for most jaw-dropping tech demo at the Future of Web Apps conference that concluded today in Miami, Florida (if such an award existed), would easily go to Atlas. The Atlas demo not only received numerous raucous ovations, but it even garnered an additional round of applause when it was mentioned during another presenter’s talk, and was a topic of discussion in a sit down interview between conference host Ryan Carson and Jason Fried and Joel Spolsky. “I feel like something just changed in web app design,” said an awed Carson when he returned to stage after the Atlas session.

What is Atlas? Atlas is a new product, expected to debut next summer (Northern hemisphere), from the people at 280 North that will vastly simplify the design process and lower the barrier for creating applications in Objective-J and the Cappuccino framework. Essentially, Atlas is an interface builder that allows designers to create functional UIs for Cappuccino apps (which Atlas is, of course) without touching any code.

Design shouldn’t be about writing text, said 280 North co-founder Francisco Tolmasky during the demo. Designers shouldn’t have to know how to write CSS or JavaScript to get their web app interfaces to look and behave the way they want them to. Atlas separates design from code completely, allowing designers to create rich web application interfaces that look and behave the way they’re supposed to — and even hook up to an application’s business logic — without ever touching any code.

To that end, Atlas feels a lot like Adobe’s Flash Catalyst (our coverage) or Microsoft’s Expression Studio Blend. There are plenty of important differences between all three applications, but they share a common goal of allowing designers and non-coders to create rich Internet application user interfaces without needing to do any actual coding.

Tolmasky was able to build a very desktop-like RSS reader (fully functioning, if fairly barebones) using Atlas in under 10 minutes. The process involved simply dropping design elements onto a canvas, defining their behavior, and then hooking them up code components. The approach was completely visual, and the result was entirely stunning.

Even more impressive, Atlas includes multi-platform support — meaning it can be used to create applications for other platforms, such as the iPhone, just as easily as it can to create apps for standard web browsers, all using the same back end. And because Cappuccino is compiled client side in the web browser, it is back end agnostic, so the business logic of an app can be in Ruby, or PHP, or Python or whatever you want.

Atlas is very exciting, and could clearly have a profound effect on both web application design and the adoption of the Cappuccino framework and the Objective-J language. The video embedded below is a recreation of Tolmasky’s FOWA demo taken from the Atlas site. According to Tolmasky, the release of Atlas is about 5 or 6 months away, but a closed beta test will likely take place before then, and developers can sign up for email updates about that at the Atlas site.

On Our Radar: How Smartphones Have Changed UsJasmine Elias 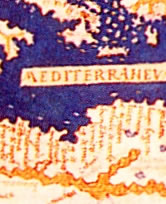 5 Infographics That Changed the WorldKerry Butters