The web is built on the idea of participation, collaboration and exchange. Thomas Gorissen explains why the ASEAN community should adapt these values. This article was originally published on the E27 site.

In the last five years, Southeast Asia has grown to become a big consumer of modern web technologies to create digital products and services. More and more tech companies from the United States are opening offices here, and many with the goal of building engineering and development offices for their regional needs. 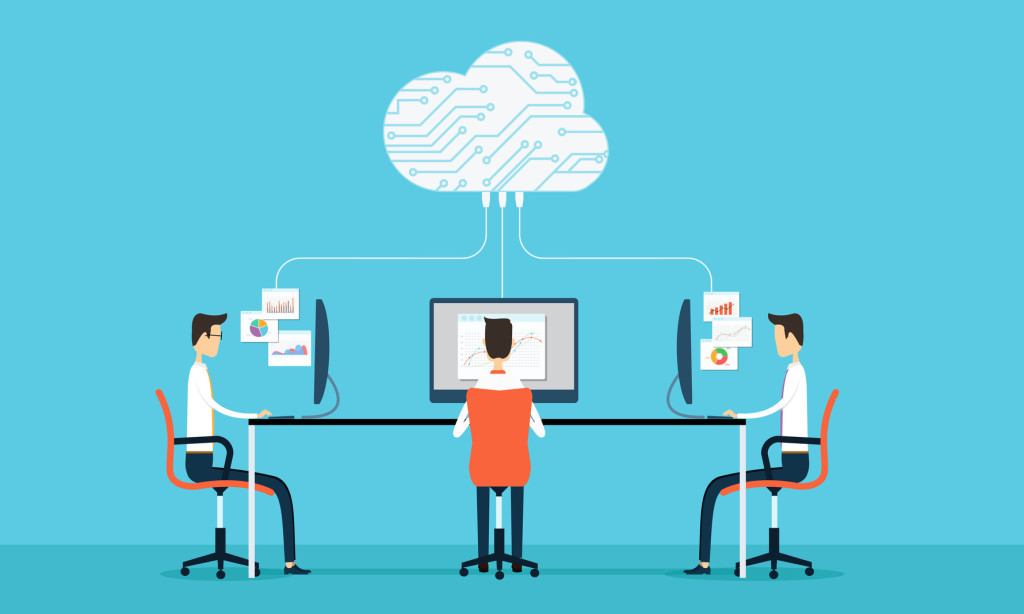 Most recently, GrabTaxi announced a US$100 million engineering office in Singapore to develop the tools and services required to feed its global growth plans. And companies such as Apple, Facebook and CloudFlare have started building out engineering teams. They join hundreds of existing multi-nationals and many more startup companies in the hunt for talent in Singapore.

The preferred technology platform for these companies remains the Open Web. Morgan Stanley and comScore confirmed that even on mobile phones, the killer-app remains the browser, boasting twice the audience size in the United States and growing at a faster rate than apps—a trend that is visible in Southeast Asia as well.

Consumers are highly selective about their apps and memory usage, and for the very large amount of use cases that require no commitment, or fulfill immediate or less frequent consumer needs, the Internet is the more light-weight and appropriate solution. On top of that, the web has other advantages:

Changing the Course to Open Source

Due to their openness, web technologies are easy to pick up and are the first choice for many students when getting into coding.

Boasting the single-largest community and source of development, the United States was the first to adopt the idea of open source on a large scale. Southeast Asia today is merely a consumer of open technologies and standards—and this, despite a significant part of the world’s tech outsourcing work being done in the region.

Contributions from Southeast Asian cities to open source and to the global coding community are a rare find. Singapore, as the top regional representative, comes in 33rd by the number of contributors on the code collaboration platform GitHub (via GitHub/Google BigQuery): 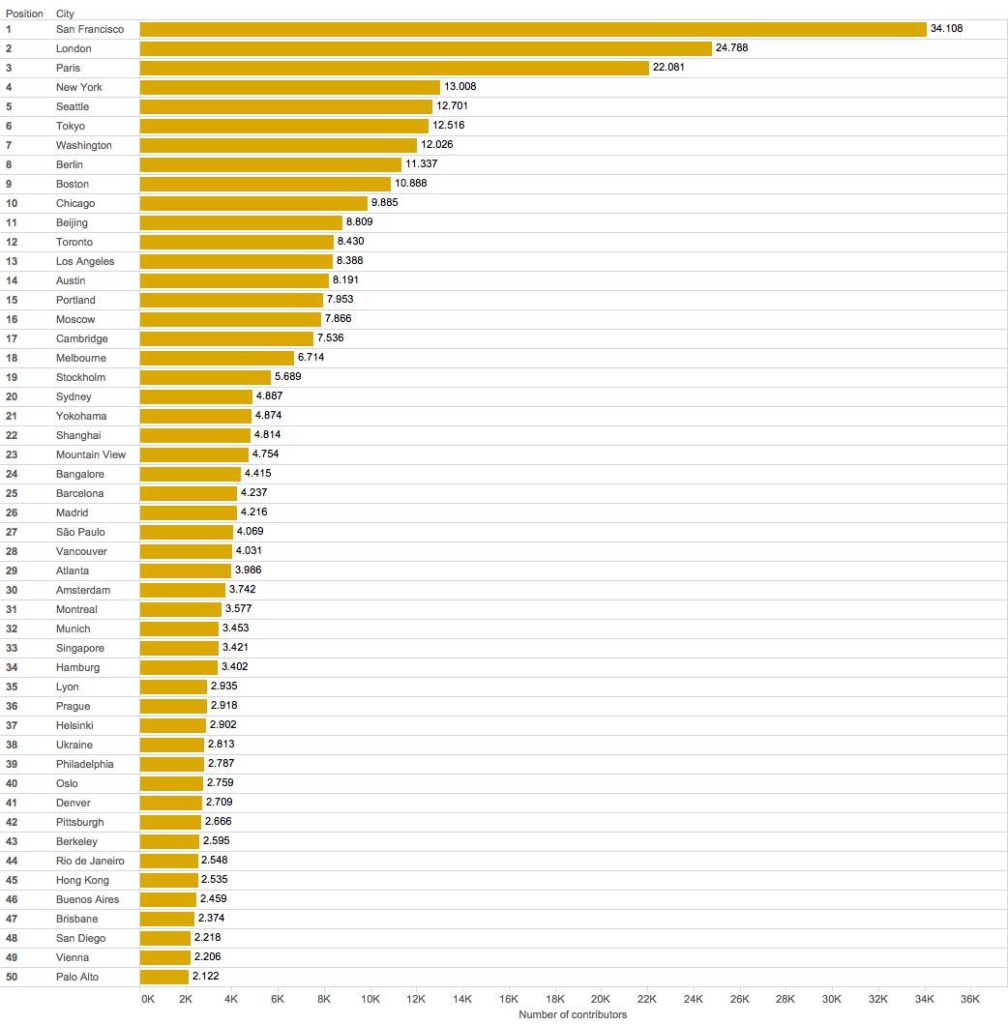 Temasys Communications—a small Singaporean web technology startup that offers a web real-time communications platform based on the up-and-coming web standard WebRTC—is the only one out of two companies from Southeast Asia in the list of current W3C members—the other one being Smart Communications, Inc. from the Philippines. Those members are the ones defining many of the standards that make the Open Web a viable platform.

The Web is built on the idea of participation, collaboration and exchange, and it’s becoming necessary for the ASEAN community to embrace these concepts. We need to more openly develop tools, frameworks and technologies to help our peers and ourselves to give back, to receive more. The consequences of open source are well researched and overwhelmingly positive. It hardens one’s own and other people’s development skills, creates more hirable talent and spawns more robust solutions.

It’s clear: open source needs to be the next step for the technology-driven industries in the region.

The concept of open source is the concept of collaborative development done by a large and diverse community. It’s a community like this that I thought to build when I organized my first web developer conference JSCamp.Asia in Singapore three years ago.

It has now evolved to DevFest.Asia, a regional, ten-day festival created for all around the Web, its technology, and open source, running from November 12–22.

Some of the festival offers include Singapore’s biggest 24-hour SuperHappyDevHouse hackathon, a Dev Careers Info Meetup with an overview over the Singapore landscape, and the ability to speed interview with technology companies directly, IoT and UX workshops as well as CSSConf.Asia and JSConf.Asia.

Let’s build out open source in the region and make ‘Web technology and open source made in Southeast Asia’ a real thing.

Thomas Gorissen organizes Southeast Asia’s most influential developers conferences and the DevFest.Asia festival. He’s a programmer by profession and a UX designer by heart, and is deeply involved in the regional startup and developer ecosystems.