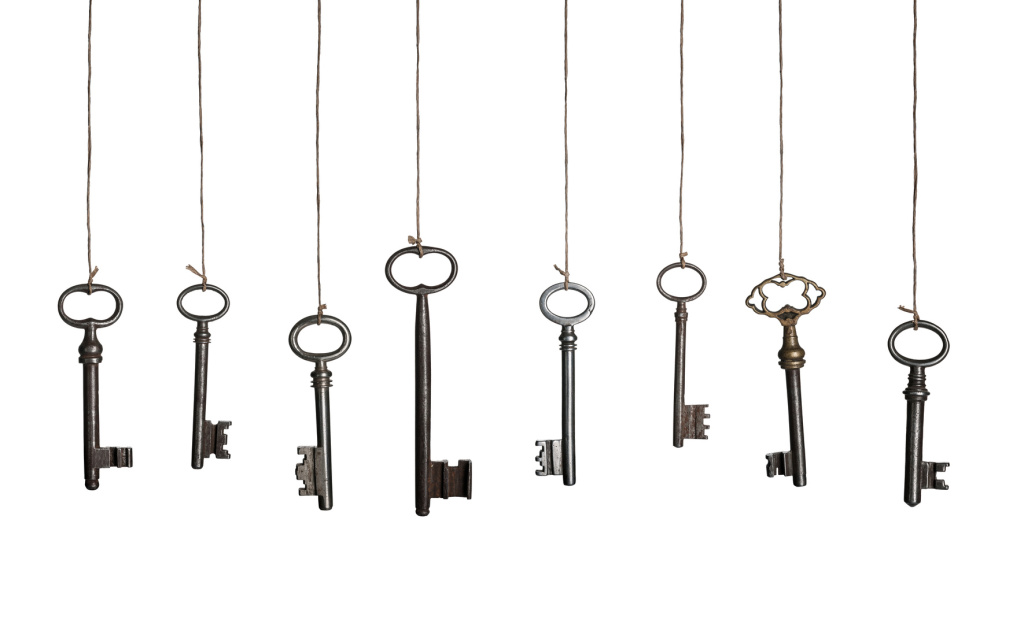 Everyone wants their programs to be faster and to take up less memory. However, it’s not often that this is achieved without having to modify source code. This post will introduce optimizations added in Ruby 2.2.0 when working with a Hash and string keys. To understand the optimization, you need to know current behavior.

In Ruby 2.1 and prior, if you write something like this:

Ruby will allocate the string "access_string" in order to look for an entry with a key by that name. Similarly, Ruby has to allocate a string every time you create a hash literal:

For example, "PATH_INFO" is accessed 36 times across 15 files in the Rack project, like so:

Doing this on every request, hundreds of one off strings are created that do not need to be allocated. This slows down programs and uses more memory.

It is possible to get around the string allocation in a hash by using symbols. With a simple benchmark, we can see that this type of hash access is much faster:

Using a symbol is about twice as fast as a string, because we don’t have to do the allocation. So, why do we ever use string keys? Well, symbols are garbage collected in Ruby 2.2, but not before. Therefore, if you’re creating a hash based on user input, it’s possible that you’re opening up your app to a symbol denial of service attack.

Ruby 2.2 added symbol GC, so the security concern is diminished, but calling to_sym on an existing string takes longer if you’ve already allocated a string.

String Pools for Fun and Performance

Rack uses a ton of string keys, and while we can’t simply change the API to use symbols, we can squeeze out some improved performance. By telling Ruby not to allocate a new string but, instead, use one if it already exists with String freeze optimization, we make some gains.

We can optimize the string-based hash lookups and creations inside of Rack by adding freeze:

Ruby understands that String#freeze means that the string will not be modified. While it looks like a method, this is an optimization done at compile time.

Using the String#freeze method is MUCH faster. I used a similar technique to give Rack a 2~4% speed bump and reduce the amount of memory being used. 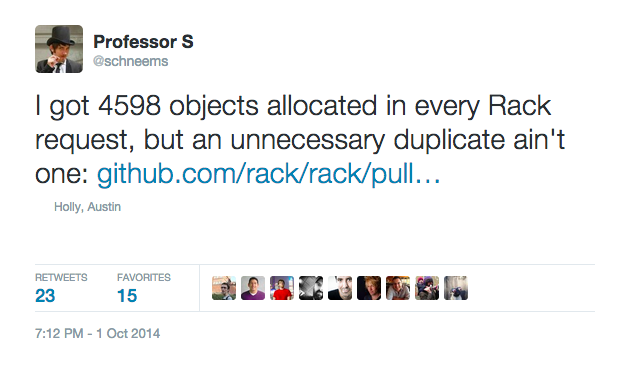 As a bonus, we also decrease the required running memory of Rack.

While that was a pretty easy optimization and resulted in a pretty good perf boost, it’s not very Ruby-esque. Why can’t Ruby do this for us? Well…it can.

Introduced in patch r43870, Ruby master (i.e. Ruby 2.2.0+) now automatically does this performance improvement for you. I was told about this optimization via Eric Wong in the Rack Devel group.

Previously, we saw that the comparison of string versus symbol access heavily favor the symbol:

Running this same benchmark in Ruby 2.2:

Still, using symbol is faster than string, but we’re now much closer. Instead of being half the speed, the string access is in the same ballpark. Which is amazing!

While researching these optimizations, I found it interesting that only recently has Java implemented such a string de-duplication feature as this hash key optimization. The Ruby VM does not de-duplicate every string, it focuses only on the hotspot caused by hashes. With string keys, the ability to do this will improve the performance of most large Ruby applications.

It’s worth noting as well that, while Ruby does this by default, if you absolutely need the fastest possible code, it is still faster to manually use the freeze method. This is similar to Java 8, where they recommend that you manually intern strings (similar to freeze). You can see some benchmarks here of different speeds of access patterns in Ruby 2.2.0 .

The thing I love about this feature is it allows us to write Ruby code and focus on intent. The VM can see when it can optimize this case and make our programs faster. We don’t need to do anything to take advantage of this performance boost in our programs.