In my previous article, I went into great detail about Bundler’s Gemfile and all the magic it contains. The Gemfile, however, is only a part of the Bundler ecosystem, so I went back to the docs to dig in other areas and landed on another part of Bundler that I didn’t know as well as I should.

This article will focus on the Bundler utilities, which are the commands that ship with Bundler and are not considered primary commands. Incidentally, here are all the Bundler commands, separated by whether they are primary or a utility:

Today, I will be covering that second group in an effort to bring a bit more notice to the under-appreciated tools that Bundler provides. My guess is you will learn at least one new thing about Bundler. I know I did. If I am wrong, feel free to direct all complaints to /dev/null.

Let’s get started. For this article, I am going to start in an empty directory (and an empty gemset) and go through the various utilities as we see what they do.

If you find yourself creating one-off Ruby projects and manually writing out a new Gemfile, then you should leverage bundle init. I do this a fair amount, where I create a Gemfile and manually add source "https://rubygems.org", etc. This seems silly to do, since I can just type:

Nice. Now I can stop worrying about if I had a typo in https:/roobygemmms.org and just get to work adding my gems to the file.

Also, if you have a .gemspec that contains dependencies for your gem, you can specify --gemspec=<name of gem>.gemspec and the generated Gemfile will have the gems from said gemspec. It even will create a development group for your development dependencies.

OK, let’s uncomment that gem "rails" line so we have something to play with.

Wanna know what’s in the current bundle, but you’re too lazy to open the Gemfile? Well then, type bundle list and you’ll get something like:

Before you dismiss bundle list as trivial, you should know that it uses the Gemfile.lock to tell you what’s what. However, if you remove that file and type bundle list you get:

So, Bundler goes through the resolution phase from scratch and builds a new Gemfile.lock. Sassy. Incidentally, there nothing in the latest Bundler docs about bundler list, so I think it might be being phased out…

Sometimes when you return to an application to do some work, it’s a mystery as to whether or not bundle install has been completed and all your dependencies are in order. Well, to solve this mystery, simply type:

There you go. Not only does it tell us the dependencies are not installed, but it tells us which ones are missing. After a bundle install, we see:

Cool. The check is run by looking at the various gemspecs in the $GEM_HOME/specifications directory. So, it’s entirely possible to remove an installed gem from the gem cache, but have bundle check say all is well. Granted, you’d have to do some silly stuff to get to that point, but there you are.

bundle check will also build the Gemfile.lock if it’s missing. The following options are available:

In some cases, a utility will change Bundler’s configuration going forward. In the case or --path above, it tells Bundler to always use that path for gems for this project, up until the configuration is reset or changed by another remembered option. So, when I run

It creates the ./gems directory and creates (or modifies) ./.bundle/config setting the BUNDLE_PATH to ./gems:

Also, if you cat ./.bundle/config:

You can see the local config is changed based on the value I used for --path. This can be reset with bundle install --system. I will denote remembered options with (RO) from here on out.

As you may or may not know, Bundler will (by default) install the current bundle into $GEM_HOME. Unless, of course, you tell it to do otherwise. If you are unsure where a particular gem is located, do this:

That can be useful if you want to go peruse the source for a given gem or whatever. Also, if you don’t supply a gem name, you’ll get the same output as bundle list. However, if you add the --paths option, it will show you the paths to ALL the gems.

I didn’t know about the --paths option.

bundle open is one of my favorite Bundler utilities. It opens the gem in your favorite editor. By “favorite editor”, I mean which ever editor you have setup in the $EDITOR or $BUNDLER_EDITOR environment variables.

This is very useful when I want to dig into a gem and put puts to see what in heavens is happening in that gem.

I have seen a few posts about bundle outdated, whose job is to go through the gems and tell you if a newer version of the gem has been released. Running this on one of my older projects, it took a few minutes (literally) and looked like:

It lists the gem, the newest version, the installed version, and the group it which the gem resides. You can also pass the name of a specific gem, just to check that one gem:

There are three command line options:

This is one of the utilities that I always forget exists. Running bundle console will fire up an IRB session with all of the gems in the bundle already required (unless, you specify not to require them in the Gemfile).

That is very useful, especially if you are developing a gem and want a quick REPL with your gem and all its dependencies loaded. By the way, if you’re a lover of Pry (and, who isn’t?) you can use bundle console config pry to have Bundler use Pry as the console, presuming you have installed Pry already.

You know how a couple of the commands bundle list and bundle show will rebuild the Gemfile.lock file? Well, that’s exactly what bundle lock does. It rebuilds the lock file, but it does NOT download/install any gems:

There are a couple of options for bundle lock:

Here’s another utility I have never used. bundle viz creates a dependency graph of your Gemfile. Let’s take a look:

Oh, I guess I need gem install ruby-graphviz (which I do):

That’s for a vanilla Rails app…not bad. I ran it on one of my deployed projects and it looked more, um, involved, to put it mildly. Still, it also showed me that a gem we wrote is probably doing WAY too much based on what it is pulling in as dependencies. Useful and shaming, all at once.

There are a few options:

Of all the utilities, bundle gem is probably the largest. It’s point is to generate all the files needed to start the development of a proper gem. In fact, using bundle gem is THE way to start a new gem:

You can see all the things that the command created:

Also, there are a couple items not shown above: a code of conduct and license. Again, I must of opted out of those at some point when I bundle gemed in the past.

From an options-perspective, most of the options are around overriding the creation (or omission) of parts of the gem. Options to create or omit the following exist: An executable for the gem (--exe or --no-exe), code of conduct (RO) (--coc, --no-coc), C extension boilerplate (--ext, --no-ext), MIT license (RO) (--mit, --no-mit).

The only other two options are -e to open the .gemspec in your $EDITOR and --test=TEST (RO) to specify rspec or minitest.

There is a --ruby option that will simply return the Ruby version specified in the Gemfile, if any.

Sometime you install gems (either on accident or on purpose) that are not used by your application. Also, if you’re using RVM, I know at one point that unused gems, once installed, are never removed from a gemset. So, bundle clean will take care of this:

Ah, that just removed the ruby-graphviz gem from my current gemset, which I installed to show you bundle viz.

Binstubs are scripts that are used to wrap executables in order to set the environment for that executable. It’s like the Decorator Pattern, but for executables. If you’ve ever run bundle exec <some command>, it’s pretty much the same thing. Bundler is kind enough to offer bundler binstub <a gem in the bundle> to generate a file you can call that wraps things as needed:

This will create a bin directory and write binstubs for all the executables in the rack gem. In this case, there is only one (rackup). So, now we can call bin/rackup and it will be run in the context of our bundle.

Incidentally, if you run bundle install --binstubs (RO), then Bundler will generate binstubs for every gem with executables on every bundle install.

This is a weird one. bundle inject takes a gem name and version, and injects them into the Gemfile and Gemfile.lock:

The rspec gem is not installed until bundle install is run. I have no idea why someone would use this, but I bet there’s good reason (please tell us in the comments if you know what it is)

By the way, 1.12.5 is the latest Bundler version as of the time of this writing? What version are you running? I bet some of you haven’t updated Bundler in a looooong time…

That’s the Bundler utilities in a nutshell. Well, if by “nutshell” I mean “kind of longer than I intended blog post.” Still, I learned quite a few things and probably got some of it wrong. So, if you see an error, let me know. Go forth and Bundle. 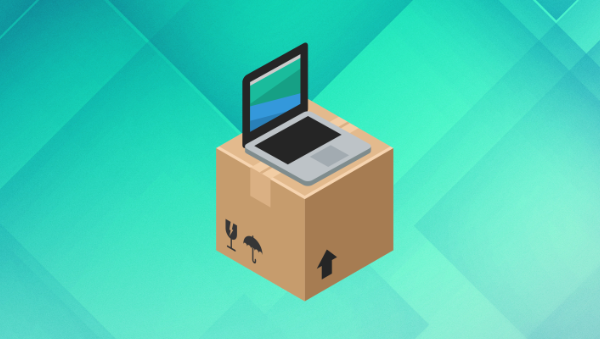