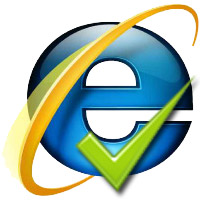 Governments are often slow to adapt to technology (and, when they do, the results can be an expensive disaster). Last year, I reported that the majority of UK Government departments are still using IE6. Although some intend to roll out IE7 (why?) by the end of 2010, others are steadfastly locked into Microsoft’s aging browser and have no plans to upgrade.

The issue is intensified for creative and development companies building software for Government clients. They must continue to provide and support IE6 solutions when most of the IT industry has moved on. Application development is held back and IE6’s longevity continues unabated!

UK citizens can now do something about the problem. An online petition at the Number10.gov.uk website is demanding that all Government departments upgrade Internet Explorer 6.0 at the earliest opportunity. At the time of writing, almost 6,000 signatures have been collected even though the petition has only just begun to attract publicity.

The UK Government E-Petitions allow British citizens to collect online signatures for any cause of their choice. There are almost 5,000 petitions currently running and many have been a success. For example, in September 2009, Gordon Brown was persuaded to apologize on behalf of the British Government for Alan Turing’s treatment after World War II.

Will the IE6 petition be a success and force UK Government departments to upgrade? I suspect many thousands of web users and workers will sign before the February 1, 2011 deadline but, unfortunately, that date is almost a year away. By then, several offices will have switched to IE7 and those that haven’t can simply announce a 3-year upgrade plan (to coincide with Microsoft dropping IE6 support in 2014).

But, hey — it all helps. Any campaign which persuades the masses to look beyond IE6 is a good thing. I’ve signed … will you?