In the internet age, technological innovation has largely been driven by a community of software engineers, web developers, and hardware hackers. Until recently, acclaimed startup accelerator Y Combinator only accepted founding teams with technical backgrounds. Furthermore, the most valuable companies of today are tech-enabled, so there’s been a focus on tech talent for future-proofing economies. Coding education provider Lambda School has raised close to $50M to close this skills gap and there are many other courses teaching the next generation to code.

But what if coding was no longer vital to success in tech? Enter the world of no-code development platforms (NCDPs).

John Everhard summarizes no-code software on Forbes as a visual integrated development environment (IDE). “Within this environment, users (aka the citizen developer) drag-and-drop application components, connect them together and create a mobile or web app. Using this software, staff can design and build powerful applications that can scale for any organization—without writing any code.” All in all, users don’t need to understand code to be able to create an app and therein lies its power.

When we were in the thick of product development for CloudPeeps, I remember how frustrating it was for our developers (and me!) when I needed to make any updates to our marketing pages or funnels. While I can happily edit HTML, having a custom-built platform meant deploying changes was limited to the devs. Prioritizing feature development alongside bug fixes and tweaks was a challenge. Progress was slow. We tried numerous A/B testing tools and moving some pages to popular CMSs, but the user experience started to suffer. While tools like Webflow existed then, they weren’t touted as mainstream solutions so we lacked the awareness to implement them.

Since then, the rise of no-code tools has changed the game forever – not only for tasks like marketing pages but also for full-stack apps, which people can now build end-to-end. In 2014, if you wanted to build a marketplace, you had to develop it from scratch. After that, offerings like Sharetribe came along with standard marketplace software in a box with an ongoing price tag. Now, you can build whatever marketplace set-up you like using no-code tools.

Evidently, saving time and money are two crucial benefits of no-code. Co-founder of Tiny product studio and indie investment fund Andrew Wilkinson recently tweeted: “I used to spend $25k-$100k building an app over 3-6 months. It was frustrating, expensive, and slow. Then I started using NoCode tools like Webflow, Bubble, Zapier, and Airtable. Suddenly I was able to build my app idea in days instead of months, at a fraction of the cost. Craziest of all, I could tweak and maintain it myself instead of hiring expensive devs.”. He likens ‘native-code’ to being a bulldozer: great to use when you need to build something sizeable and commercial grade. He compares ‘no-code’ to a pickup truck: powerful enough to help you get most simple and intermediate projects done.

The tech industry has been increasingly criticized over the past decade for its lack of diversity and inclusion. Silicon Valley has bred a generation of founders who look like each other, talk like each other, and solve similar problems – and as these people gather further wealth through exits and investments, the cycle of sameness repeats. Teaching people to code and funding different founders is creating slow change, but the no-code movement has the potential to exponentially change the face of tech. If you no longer need access to engineers or capital to launch a product, anyone can have a crack at their idea. Perhaps it is the demand for the democratization of tech that has catapulted the no-code movement into the now.

In November 2019, following its $72M Series A round led by Accel, Webflow hosted a No Code Conference. Geared towards “people creating the future of the web, design, and software,” the event showed interest in the no-code movement is growing rapidly. Like many no-code platforms, Webflow was founded in the 2012-213 era and nearly went bankrupt before breaking out in recent years. One of the reasons I believe the no-code movement is hitting the zeitgeist is due to the target user evolving. Originally, visual development was helpful for designers and front-end developers to speed up their work. However, the market soon showed it was much bigger and actually applicable to everyone.

Another popular no-code tool that was also founded in 2012, Bubble, took advantage of the no-code movement’s popularity raising a round of $6.25M in 2019. Bubble is a point-and-click programming tool for web and mobile where no prior coding experience is required. Bubble is used by one-person operations right through to large-scale organizations such as McKinsey & Company – showing the vast application of no-code tools.

Of course, you could also ask why platforms like WordPress, Wix, and Squarespace haven’t been renowned as the leaders of the no-code movement considering they’ve been enabling anyone to build a website for years. For me, the reason lies in the flexibility in the customization they provide: sure you can build a content website or even add an e-commerce plug-in, but can you create a mobile app with unique features? They are of the What You See Is What You Get (WYSIWYG) era – focused on systems that allow content to be edited – not features in the visual integrated development environment era.

In 2019, Product Hunt created a Golden Kitty award for the No-Code Product of The Year and the inaugural winner was Makerpad – an education platform and community that makes it easier to build and operate businesses without code. And yes, Makerpad practices what it preaches by building with no-code tools like Webflow, Airtable, Zapier, and Memberstack. Its founder, Ben Tossell, even hosts online tutorials showing how he builds Makerpad. I recently asked Ben some questions on his journey and the movement.

How did you get the idea for Makerpad?

By accident. I was trying so hard to come up with my ‘big idea’ but I couldn’t code, so I was creating versions of those ideas with no-code tools and connecting them to feel like ‘real’ software. I tried to launch a bunch but none stuck. What did stick was that every time I was building them, people would ask me how I did it. Only then did I realize no one cared about my ‘big ideas’ but that I was already doing one that people did care about.

Why are you passionate about the no-code movement?

So many reasons! It removes the barrier for everyone who has wanted to build something but was told they need to learn to code or find a CTO. There’s something like 1 in 300 people who can code. So now the rest of us can launch our ideas, the creativity that unlocks is huge.

What are some scalable products that have been built with no-code?

I heard of one recently that has processed $1BN through their platform which was built on Bubble. No-code isn’t a new concept but it’s getting more attention these days: why now? Now it’s technically way more powerful. You can actually build something that looks and works like Airbnb with Glide and a Google Sheet. Building in the browser is now a much more common thing.

What do you think is the greatest impact of the no-code movement?

It enables anyone to be able to build a project. Whether that’s a small family app, side business or bigger goal. Now the building part is not the barrier.

If no-code tools are the pickup trucks for building software as Andrew mentioned above – when should we move to the bulldozer? How long can a business ‘no-code’ it for? And what does it mean for technical talent? Makerpad’s Ben suggests changing our thinking around the debate and understanding what kind of company you’re building first. If you’re trying to create the next Uber or Airbnb, no-code tools are great for the early validation phase — then when revenue is established and growing, you can go on to custom build and raise money. He believes 90% of indie businesses (smaller teams turning over less than $10M/year) can be built and operated on no-code entirely.

If the future involves anyone being able to build technical products, where does that leave programmers? For starters, technical teams will still be needed for building the no-code tools. Additionally, Webflow’s co-founder and CEO, Vlad Magdalin, believes the no-code movement doesn’t replace coders and will create much more demand for great coders.

He suggests: “The no-code movement unlocks the power of software creation to at least 10 times as many people as are writing code today. It’s the fastest way to bring that kind of accessibility to a very valuable skill, and will mean tons more people making a living via creating software.”

Webflow counts large companies such as Adobe, design agency IDEO, and even NASA among its customer base. Obviously, these companies didn’t lay off their entire engineering departments with the advent of no-code: they’ve just got more options when it comes to building digital products.

And what about security woes or platform stability issues? If companies are handing over their data and building on top of third-party platforms, how secure are they? In the age of GDPR and the recent California Consumer Privacy Act (CCPA), it’s getting harder to customize the management of your user’s data and keep up with global regulation. Technology journalist Joel Shore writes: “A common assumption is that NCDPs are more vulnerable to security threats as these apps are often built by non-technical business users. In reality, custom code is often a greater security risk than platform code which has been validated by its consistent use across multiple applications.”

For now, the majority of no-code software providers are rather-stable, newly-minted entities, that will continue to offer their products for years to come. This means people can build using them with relative confidence. However, there is always the risk that comes with building on top of another platform that your business could go under if the platform shutters. The same is said for startups built on top of Facebook, Twitter, Google, or the like – a booming business today can be slaughtered overnight with changes to the algorithm or API.

Can you afford to put all your eggs in one basket? We saw this last year with one of the biggest beauty launches of all-time: YouTubers Jeffree Star and Shane Dawson launched a collaboration to millions of would-be buyers to find their site down for hours due to problems with Shopify.

So, where to from here? We’re still getting started with the no-code movement and will continue to see an influx of products and services in the area. I’m personally excited about evolving the female founder accelerator, Atto.VC, into a no-code school. Too much of the startup ecosystem has become focused on fundraising, investment, and networking – and the no-code movement helps bring it back to the sheer joy of making things again. 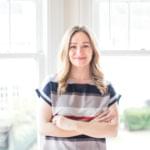 Kate Kendall is a tech entrepreneur, community builder, writer, and advisor. She is the founder of Indie Labs (which produces IndieConf), CloudPeeps freelance marketplace, The Fetch city guides, and Atto Accelerator for female founders. She recently left Silicon Valley and now lives in a small Australian country town. Follow her on Twitter.