Happy St. Valentine’s Day to all. Because of the day that’s in it, I thought it might be interesting to look at a brief overview of one of the world’s most recognizable logos which contains the heart symbol of love. I refer, of course, to the I♥NY or “I Love New York” created by designer Milton Glaser. The logo was designed as part of an advertising campaign to promote tourism in New York City and later to promote the whole of New York State.

In relation to the popularity of the logo, Milton Glaser said in an interview he is astonished at “why it has persisted in people’s consciousness for such a long time” finding it “totally miraculous”. 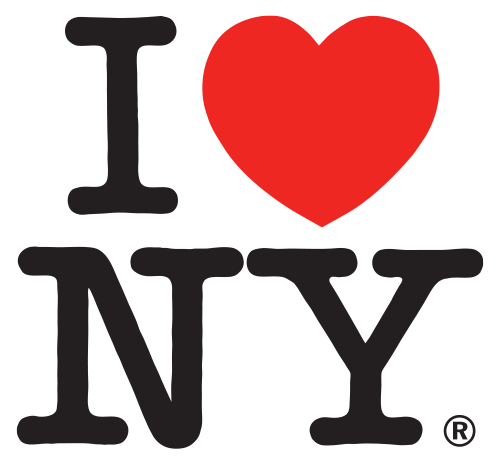 As with all the best logos, this one works because

Below you can see an original sketch of the logo in red pencil from 1976, proof for anyone who thinks their initial sketches are worthless because they’re “not good at drawing”, that all sketches are potentially very valuable and not just in a monetary sense. 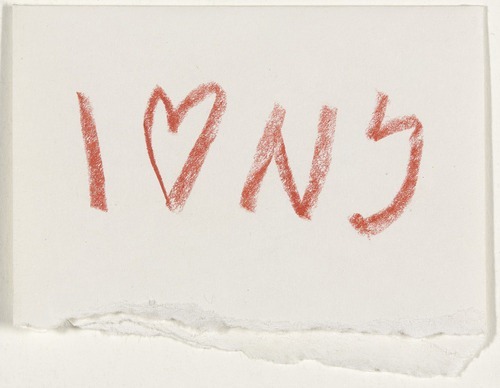 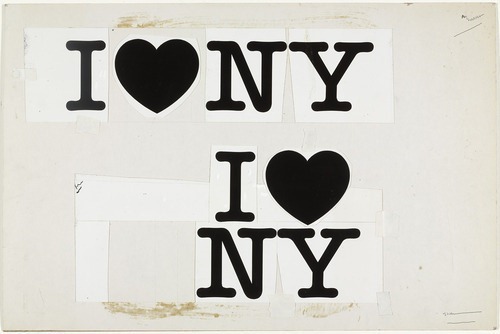 The typeface used is a slab serif called appropriately American Typewriter (which you can buy and download here). The boldness of the letters fit beautifully with the red heart shape to produce something unique, yet simple which looks at home in a huge city. This logo was the forerunner to a host of identities and slogans using the heart symbol to represent the word love, all over the world.

Glaser has said that the purpose of design is to “inform and delight.” He created the logo as a Pro-bono project and unbelievably has not received a cent from it, but undoubtedly has received many non-financial rewards as its creator. Following the September 11 terrorist attacks, Glaser created a second modified version of his famous logo which said “I Love NY More Than Ever”. A small black spot on the heart symbolizes the World Trade Center and its location on Manhattan. You can buy it as a poster here. 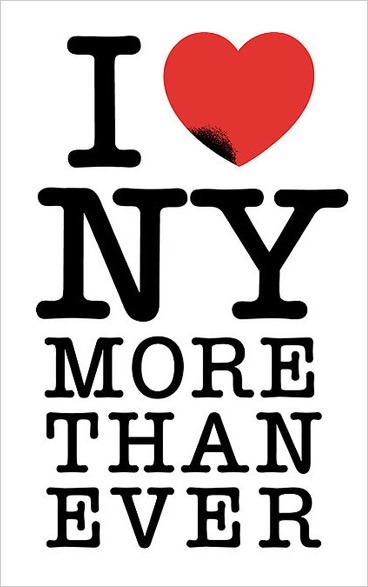 What do you think about this famous logo?