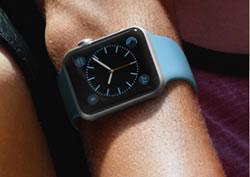 With Apple’s Watch announcement earlier in the week, the smart-watch UI design sector is certainly heating up. It’s clear that we’re still in the early stages of discovering what actually works in this very tiny, personal form factor.

It’s an area that encompasses two very different design legacies. It brings with it:

I think you could characterize the current smartwatch UI design wars as an ongoing battle of ‘circles versus squares’. Let me explain. For more than 1000 years, the story of mechanical timepieces — from village clocktowers to marine chronometers to pocketwatches — has been a story of interlocking wheels and cogs. And when size matters — as it does with a watch — the most space-efficient way to contain a lot of circles is to place them inside another circle.

As a handy side-benefit, that circular case (i.e. pocketwatches and wristwatches) also has fewer hard, pointy edges to tear and poke at our skin and pockets. 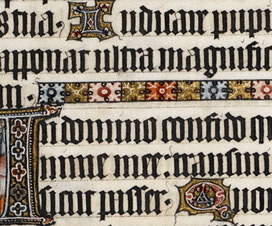 From the start, writing has taken a linear form, and when you take lines of text and stack them, you inevitably get a rectangle.

That has given us rectangular clay tablets, parchments, scrolls, books, computer screens and — eventually — smartphones. Look at any of today’s devices and you’ll find a strictly enforced grid of rectangles.

A ‘smartwatch’ falls somewhere between these two formats. Tradition says we like the circular watch format on our wrist, but we also expect a smartwatch to present grid-based content to us.

So, what are the options?

Pebble: Rectangles in a Rectangle

The Pebble references a rectangular body
design that first emerged in the 1920’s.

The Pebble was arguably the first modern, viable smartwatch (apologies to my 1980’s Casio Calculator Watch). Both Pebble watches (versions 1 & 2) opted to prioritize their data presentation, and so based their industrial design on softened rectangles.

Though rectangular faces aren’t the native format for the wristwatch, they have been around since the 1920’s, so there has been plenty of time to refine both the styling and the functionality.

The Pebble has always needed to integrate with both iOS and Android, so their UI demands maximum flexibility. They simply don’t have the ability to ask the phone OS people to change things on their side.

Given those natural limitations, the Pebble Steel is a very clever blend of industrial design and functional UI.

Moto360: Rectangles in a Circle 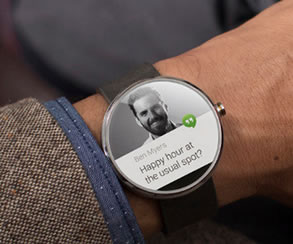 Google have taken an almost opposite approach with their Moto360. It seems the elegance of maintaining a classic, circular face was a non-negotiable for them.

Now, this was no trivial undertaking as it required Google’s Material Design team to completely refit strongly rectangular interface elements into a rounded setting.

I’m yet to actually use a Moto360, but it looks amazing and I think they’ve done a brilliant job.

Apple Watch: Circles in a Rectangle

Apple waded into the design discussion yesterday with their Apple Watch launch. Like Pebble, they’ve opted for a broadly rectangular body with soft, 2001-Kubrick-esque rounded edges.

But to me, the most curious decision was Apple’s choice of rounded app icons (see illustration).

To operate, the Apple Watch needs to be paired with an iPhone, so they’ve decided to willingly break UI continuity between these two closely cooperating devices. In other words, the Facebook icon on the phone and on the watch will always be different in a very fundamental way.

The interesting question is why? As we know, boxes stack more efficiently than bottles, so round icons will always generate more wasted space. 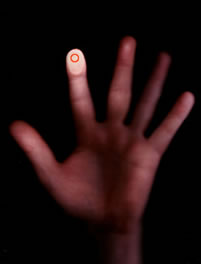 There is one other relevant circle we haven’t mentioned yet. When your fingertip touches a screen, it creates a circular touchpoint. Could it be that Apple believes the fingertip print is the most important circle when trying to hit small touch targets?

Repurposing vs Optimized Design: It’s Not a BattleCraig Buckler