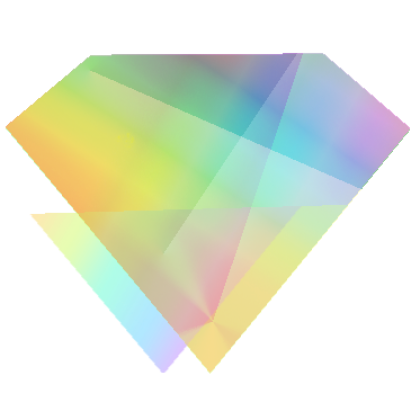 Welcome to the the second part of the article where we look at Opal, a Ruby to Javascript compiler!

In the previous installment, I introduced Opal and showed how to get it set up on your system. We created the first half of Conway’s Game of Life in Opal. In particular, implementing the grid using the HTML 5 canvas element, and adding some interactivity to it.

In this article, we will complete our application by implementing the rest of the logic, and hooking it to the canvas. The completed source can be found at the end of the article.

As you might recall, Conway’s Game of Life consists of 4 simple rules:

Any live cell with fewer than two live neighbors dies, as if caused by under-population.

Any live cell with two or three live neighbors lives on to the next generation.

Any live cell with more than three live neighbors dies, as if by overcrowding.

Any dead cell with exactly three live neighbors becomes a live cell, as if by reproduction.

Along the way, you might use lots of console.log statements for debugging. Indeed, that was what I used to do. Then, I learned an awesome trick:

In the app directory, go ahead and create conway.rb:

We pass in an instance of Grid to the Conway initializer.

Before the 4 rules can be implemented, we need to find out whether a cell at a particular coordinate is alive or dead:

Also how many neighbors for a given coordinate:

Notice how we can happily make use of Ruby methods like map and reduce, and even Symbol#to_proc works! It almost makes you forget that you are also working with Javascript.

Now that we can check for the liveness and population count at a coordinate, implementing the 4 rules is simple:

Next, check if a cell makes it at the next interval, or tick, in Game of Life parlance:

Recall how Grid was implemented:

Note that the state of the grid is stored in the @state attribute. In order to access the grid state, a Conway object needs to do something like grid.state.

Turns out, there’s a more idiomatic way to do this in Ruby. Enter the Forwardable module. What does this do exactly?

The Forwardable module provides delegation of specified methods to a designated object, using the methods def_delegator and def_delegators.

First, require and extend Forwardable. Then, declare which object (@grid) and which methods we want delegated. This means that both of these are now the same thing:

Step 5: Computing the Next State

At each tick, the next state for each cell needs to be computed. In other words, find out whether that cell is alive or dead. The computed new state is then saved into grid. The entire canvas is redrawn with these new coordinates.

We have yet to implement redraw_canvas. Let’s rectify that. Open up grid.rb and add this:

redraw_canvas redraws a blank canvas and iterates through state. If the coordinate value is 1 (alive), it fills it, otherwise it is left unfilled.

Head back to conway.rb and make an addition to the def_delegators:

There is no way to transition into the next tick.

In Opal, you cannot write an infinite loop in the traditional Ruby way. So, doing something like this does not work:

Let’s think for a bit. What we really want is to run tick at certain, fixed intervals. Javascript has setInterval! How can we use this in our code?

Create yet another file called interval.rb in app.

I hope your mind is blown after you realize what is going on here.

The Interval initializer takes in a time (no surprise), and a block! Then it calls the block in the Javascript setInterval function!

This means that we can now implement our infinite loop. Remember to require interval and then pass in a block containing the tick method like so:

run kickstarts the loop which drives the entire animation. But before we get to that, we have a bit more work left to do.

We have yet to tackle the issue of the initial state of the board, also known as the seed. seed should contain the coordinates of all the clicked positions of the board.

When the grid is first loaded, it is blank. The user gets to click the cells to fill them up. This makes up the seed. The seed coordinates are recorded. When the user is done, he/she presses the Enter key, triggering Conway#run. The user now gets to enjoy a lovely animation.

Open up grid.rb, and add the seed attribute. For convenience, we call add_mouse_event_listener when Grid is initialized.

We need to detect when the ‘Enter’ key is pressed.

When ‘Enter’ is detected, this method iterates through the coordinates of seed and populate the grid‘s initial state. After that, the game is run.

How do we detect if an ‘Enter’ is pressed? Just like in JavaScript/jQuery, check event.which for the ‘Enter’ key code:

Again for convenience, we run add_enter_event_listener when Conway is initialized:

Drop this code into grid.rb:

Here, when you type Ctrl + D together, the Glider Gun pattern would be drawn. Press ‘Enter’ to start the animation.

Give yourself a big pat on the back. We have reached the end. Go ahead and try out a couple of patterns. If you need any inspiration for starting patterns, a quick search will yield many interesting results.

I hope you had a bit of fun experimenting with Opal and, along the way, maybe even found ways to integrate Opal into your existing project. Rails developers will be pleased to know that Opal plays nice with the asset pipeline with the opal-rails gem.

In my short experience playing with Opal, I didn’t find debugging that big of an issue. Usually, inspecting the error log in the browser was sufficient in figuring out what went wrong. This is especially true since during compilation, the Javascript function has the same name as the Ruby method. Most of the times the error messages were descriptive enough.

You will notice that this implementation is not exactly performant, and depends on the size of the canvas. I chose to go for the most straightforward implementation, therefore, some performance had to be sacrificed. Nonetheless, I hope you had lot of fun building this application!

Another thing to note is that there are a few libraries already written for Opal, such as opal-browser, opal-rails and opal-rspec. You can see even more on the Opal github page. We could make our application shorter with opal-browser, for example, but I wanted to demonstrate what could be achieved with the bare minimum.

Opal is very promising, and I hope it gains more widespread adoption. It will be very interesting to see what other developers do with this.

For your convenience, the complete source is on Github

Opal: Ruby in Your Browser, the BasicsBenjamin Tan Wei Hao