So you’ve got a new app idea. It’s not just a knockoff of the latest surprise hit. It’s something entirely new that addresses a real problem or fills a void with an elegant solution that no one else has brought to market.

It just might make you a billion dollars and let you fund that manned mission to Titan you’ve been dreaming about.

But to really hit it big with an app, you’ve got to develop it for the right demographic. Who are you going to build it for?

The Audience Your App Depends On

You could build an app for your mom, but you aren’t going to get rich designing innovative apps for her and her friends. The majority of Gen X — and previous generations — has already developed loyalty to the apps that have served them well, and they’re not likely to change.

Design for Millennials instead — a user base that comes to you without all the baggage of the way things used to be done. Millennials have a passion for the progressive and new, and they have values, ideas, and needs that existing apps have not yet addressed.

So, what do Millennials want? 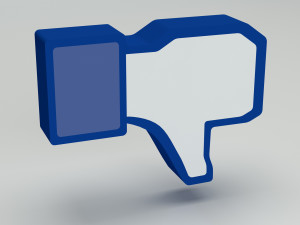 I often wonder whether Facebook — the whole tortured, acquired, labyrinthine monstrosity of it — would succeed if it were released today. Older generations are used to the Swiss Army Knife-style apps with unwieldy feature sets and corkscrews, magnifying glasses, toothpicks, flash drives, compasses, and IFTTT integrations all in one fat package. Everything is included and convenient for nearly any need a user could have.

When you wanted to build a successful app for an older generation, the inclusion of several successful features was a good idea. A proprietary social network like Facebook appeals to the needs of that audience. Just don’t expect Millennials to have anything to do with it. Millennials want hyper-focused apps that do one thing — and only one thing — really well. 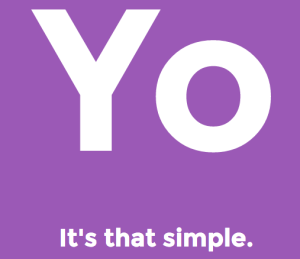 Look at Yo, a recent hit among Millennials. If you haven’t tried it, here’s how you use Yo. Open the app. Tap a friend’s name. That friend receives a push notification: “Yo.” That’s it. And it was a huge hit.

Or consider Timehop. Its creators took a modestly successful app (which had formerly just been an email-based service) and made it more successful by removing features.

Timehop collects photos from your social media history and shows you what you were doing on this day one, two, and three years ago. You used to also be able to look at what you were doing one year and a day ago, but then they stripped out the “and a day” feature. If you don’t look at it today, that information is gone until next year.

The experience became fleeting. What happened? Timehop’s share rates increased, and its creators found themselves on a solid growth curve.

The bottom line: Take whatever idea you have, and whittle it down to one key function.

When Snapchat first grabbed the attention of older generations, the assumption was that it was an app designed for sexting. Why else would you want to share pictures that could only be seen for a few seconds, then — barring a speedy screenshot — would disappear forever?

The older generation missed the boat on Snapchat.

Meanwhile, today’s youth didn’t need another app that let them curate and share beautiful pictures. They already had Instagram. What they needed was a platform where they could broadcast, well, shitty content: silly pictures of bad hair days and goofy faces, taken in bad lighting and captioned with stupid puns or embellished with crude finger drawings. 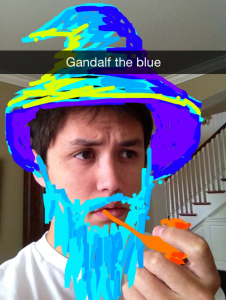 Millennials are not just willing to broadcast this stuff; they want to, and they do so reflexively. In our post-privacy age, they don’t care about generating engagement and positive reinforcement. They just want to put it out there. If it gets a good response, cool. If not, who cares?

Snapchat gave them the opportunity to broadcast without worries.

You can probably build a decent small business imitating the successes of truly innovative app developers. You can charge clients up to $10,000 to throw their brand’s skin on an e-card app. You can maybe pay the bills by putting out your own photo filter app or a Candy Crush clone.

However, if your ambitions are bigger than that and you want to swing for the stratosphere, you have to be original.

Unfortunately, I can’t give you a list of tips for originality because the whole point is doing something cool that no one else has thought to do. But I can tell you that you’re probably not being original if you’re:

And if you’re not being original, Millennials are going to spot it immediately. They won’t let you get away with it. They’ll brand you as boring and leave you like a one-night stand.

Building a great app isn’t easy, but the good news is that this new generation is wide open to your innovative new ideas. They get excited and rapidly broadcast that excitement to their peers. There is huge opportunity here if you do it right — but only if you do it with the Millennial user in mind.

Mr. Rameet Chawla is the founder of Fueled, an app design and development company based in New York and London, and the founder of the Fueled Collective, a co-working space comprised of over 35 startups in downtown Manhattan.