It was a Tuesday afternoon and I found myself at yet another web steering group meeting. With over 20 people in attendance I knew it would be a long one. I had little to report since the last meeting two weeks ago. Yet that wouldn’t stop the meeting dragging on especially as I knew the site’s design was on the agenda.

Sure enough two hours later two directors were still discussing what shade of blue the website should be. It was at this point I vowed to never attend a meeting again.

I am sure you can associate with my feelings. We have all sat in meetings that suck your soul. But, was I right or realistic in my vow? Are meetings that bad?

The team at 37signals thinks so. Their book Rework describes meetings as toxic. And there are no shortage of people who agree with them.

In many ways this is completely understandable. There are significant problems with how we use meetings.

The problem with meetings

The biggest problem with meetings is how disruptive they become. If you are not careful your working day becomes fragmented. Interrupted by a series of meetings. This makes it impossible to get into a flow with your work. 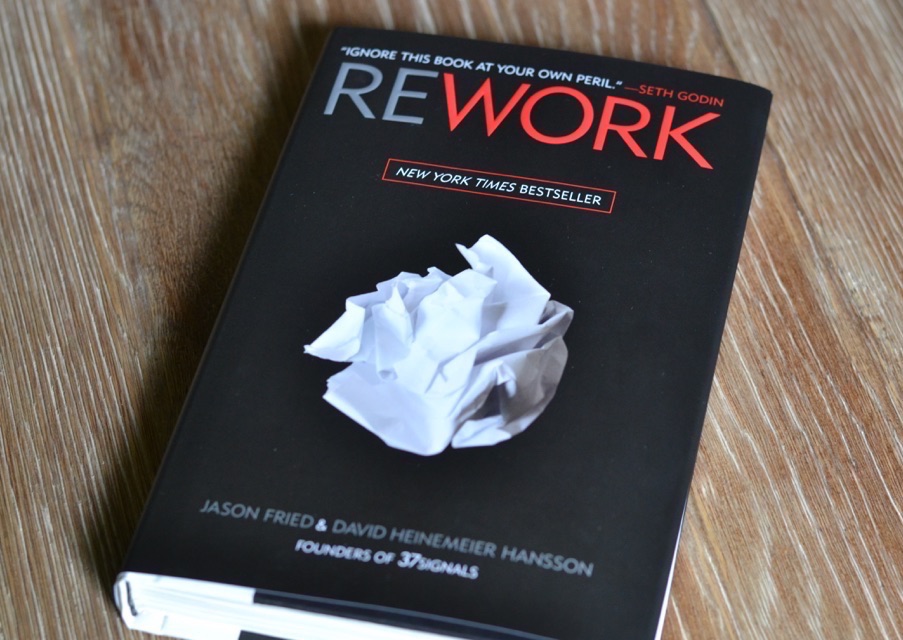 Part of the problem is that most meetings lack focus. This is what leads them to become so long and drawn out. Too many meetings lack an agenda or a well defined outcome. Without that structure the meetings wander and that starts costing the organisation a lot of money.

Not only are the meetings too long, but they have too many people attending. This is because they have no focus. The organiser ends up inviting anybody who might have an interest in the vague topic.

The result of this is that you end up in a meeting discussing design with the head of IT in attendance. What has the head of IT got to contribute to a discussion about branding?

Although meetings can be a sink hole for time and money, they are not without their merits. Some types of meetings are worth the effort and expense.

Some meetings are worth the effort

In response to 37signals’ comments about meetings, digital agency Happy Cog wrote a post defending them. In this letter they mentioned four types of meetings they found useful. These included:

I can think of many other types of meetings that have their place. From stakeholder interviews to workshops, there is nothing intrinsically wrong with meetings. Rather the problem is in how they are run.

How to run a good meeting

Running a good meeting is not that hard. It just needs some discipline, a bit of thought and somebody to take control.

Below are some dos and don’ts for running effective meetings. If you stick with these you will find meetings feel a lot less evil.

Do have an agenda

Calling a meeting without an agenda is just lazy and shows a disregard for other people’s time. Receiving an agenda in advance allows attendees to decide whether to attend or not. It also helps ensure that the meeting stays on track.

Don’t invite too many people

If you have a clear agenda it will help decide who to invite. The more people you invite, the more you are costing your organisation. Also the longer the meeting will run. By focusing the discussion on one or two areas you can invite the minimum number of people. Nothing is worse than sitting in a meeting while people discuss something you know nothing about.

Do have a goal

An agenda is great, but know what outcomes you desire too. By having a clear goal you want to achieve, the meeting will be much more productive. It will also help you stay on track when people move off topic.

When an issue arises it is tempting to grab a group of people and have a meeting to discuss it. Although this may help you it is disruptive for other people. Schedule your meetings at least a day in advance so people can plan their workday around it.

Do have a clear end time and stick to it

Meetings tend to lose focus if there is no clear end point. Decisions get made a lot quicker when there is a deadline. It is also important to respect people’s time and schedule.

It is common practice to schedule recurring meetings for things like a ‘web steering committee’. People are busy and get booked up, so it makes sense to block out some of their time. 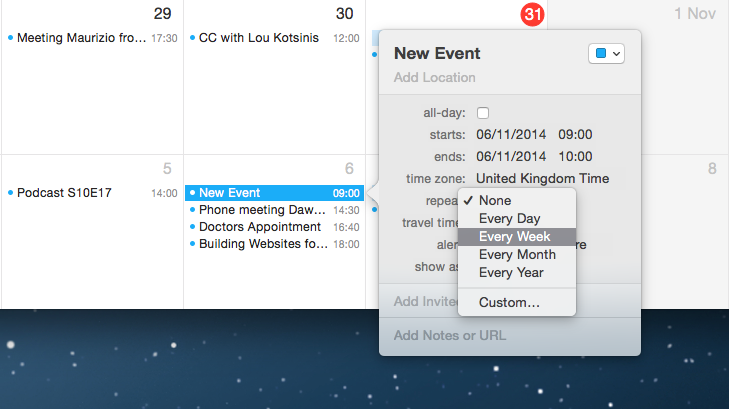 The problem is that you often find yourself having meetings for the sake of it. Or those meetings drag on because you have scheduled an hour, but there is only one item to discuss that week.

Only call a meeting when needed. Scheduling a meeting before you have an agenda for it is counter productive.

Do keep a record of next actions and decisions

Most meetings do not need formalised minutes. Nobody ever reads them anyway. But you do need a record of next actions and key decisions.

Focus meetings on the next steps. Assign these steps to specific people and where possible set a deadline.

It is also important to record key decisions. This is because people’s perception of decisions can be different. Writing it down helps to bring clarity.

Don’t spread meetings throughout the day

By grouping meetings together you save people a lot of time. Time wasted trying to settle back into their work, before yet another meeting.

Some organisations say that meetings must be at the beginning or end of the day. Others say that certain days of the week have to remain meeting free. However you approach it, try and group meetings together. 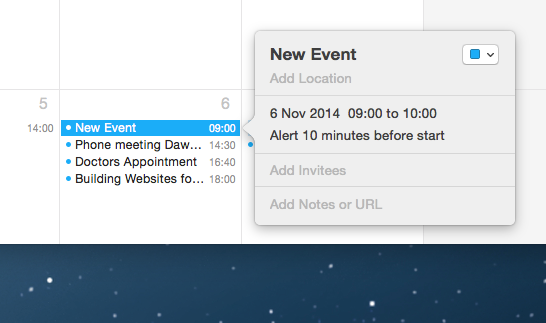 By following these tips, the quality of meetings will improve. But, I also believe that traditional meetings are becoming less relevant in the digital sector.

Moving beyond the meeting

There are two trends that are moving us away from traditional meetings.

The first is that web design is becoming more collaborative. Web designers and developers sit side by side working on projects. Many web professionals are now even working on site with the client so they can work on projects together.

The days of waterfall management is on decline as digital teams work in a more agile, collaborative manner. This reduces the need for meetings.

Then there is also the growing realisation that committees do not work well as a way of managing digital. For a start they meet too infrequently to make decisions in the fast moving world of the web.

The other problem with committees is the broad nature of digital. It requires so many different skills, impacting the entire business. This means that many web steering committees just become too bloated. The wrong people end up in meetings discussing the wrong things. This wastes everybody’s time.

Instead, many organisations are adopting the RACI matrix. This more flexible approach ensures the right people are making the right decisions at the right time. It also reduces the need for meetings. 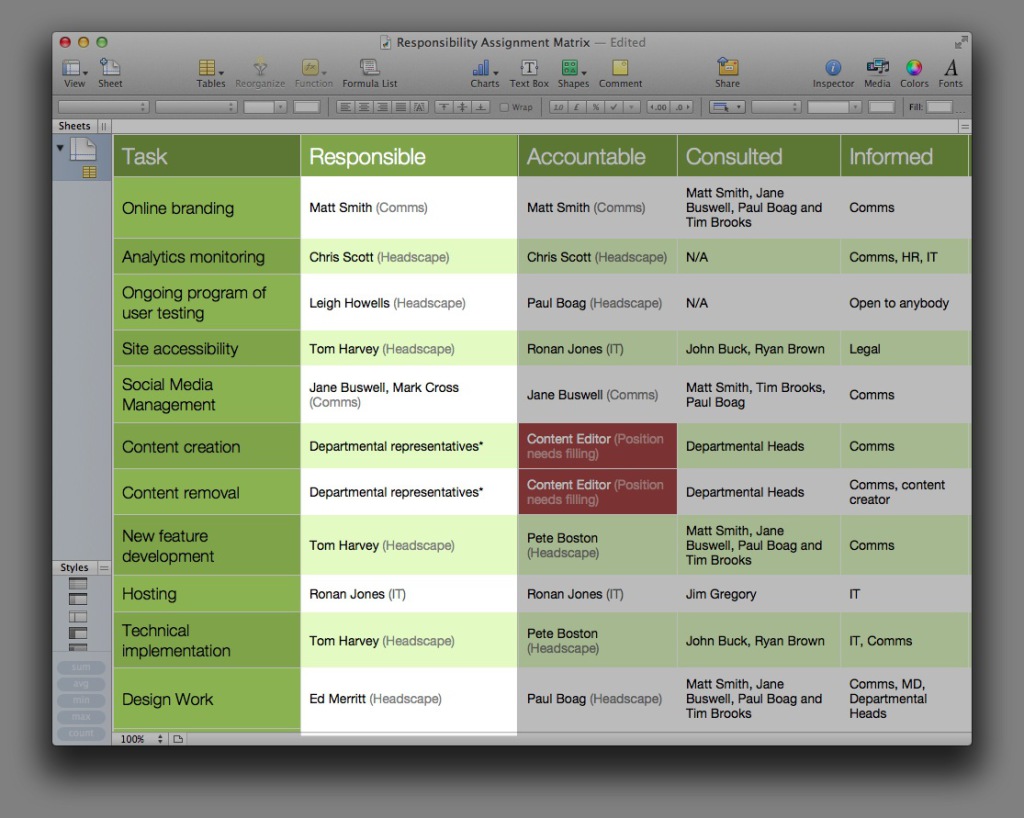 All this leads me to believe that the number of meetings we attend should decline over the next few years. But they do still have their place. That is why it is so important we become more efficient over how we run them.